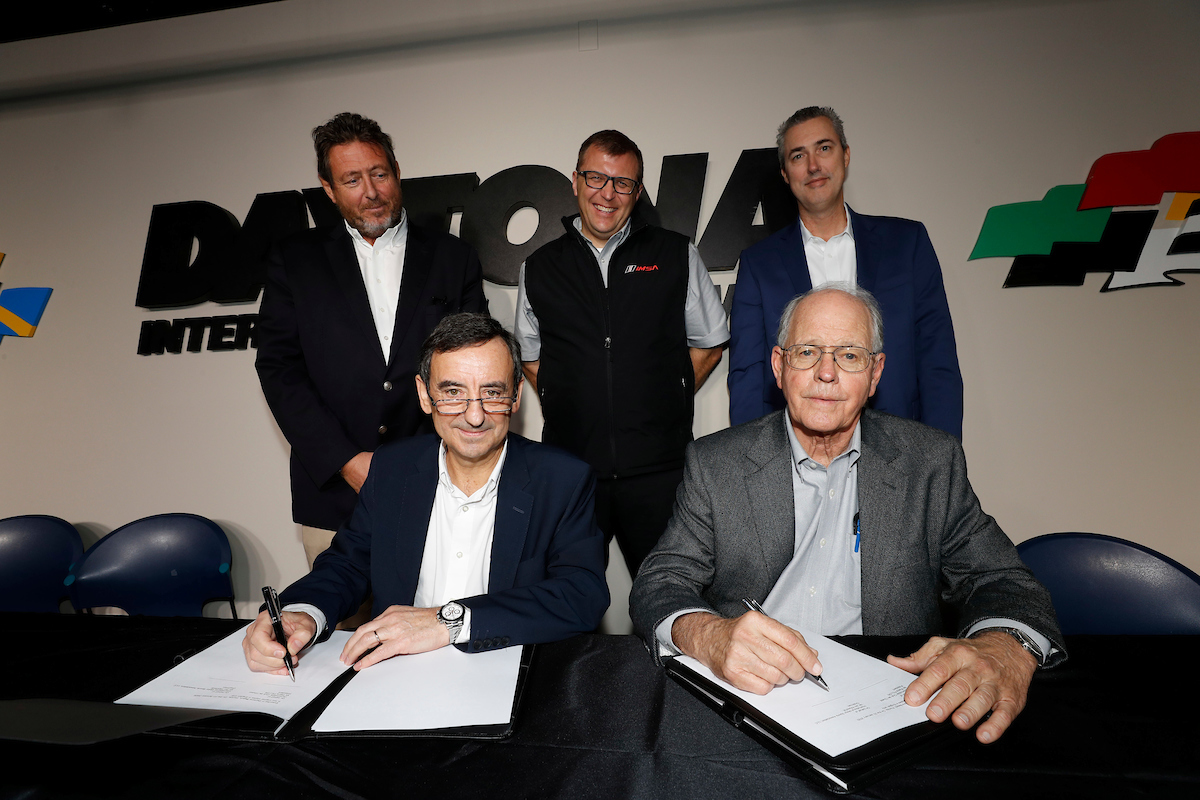 Fillon, who in his role as ACO president has closely worked with IMSA to establish the joint LMDh category, will give the ‘start your engines’ at the Florida endurance classic.

“I am extremely honoured to have been named the Grand Marshal of the Rolex 24 at Daytona,” said Filon on Twitter. “Our relationship with IMSA through the creation of the LMDh regulations has strengthened endurance racing and promises a great future for our discipline.”

Additionally, Dano Davis has been named as the Honarary Starter. Davis was responsible for Brumos’ return to American racing in the late 1990s and early 2000s, which included an overall Rolex 24 victory in 2009.

“Pierre Fillon and Dano Davis are important figures in the history of motorsports, so we are honored to welcome them to be a part of the 59th running of the Rolex 24 At DAYTONA,” said Chip Wile, President of Daytona International Speedway.

“Pierre has been pivotal to the continued growth of endurance racing through his leadership of the Automobile Club de l’Ouest, and Dano has succeeded professionally from the boardroom to the race track throughout his storied career.

“We look forward to welcoming these two titans of motorsports to be a part of the historic legacy of the Rolex 24 At DAYTONA.”

Bottas: ‘I’m not Rosberg, I do my talking on track and race fair’
Performance Tech finales LMP3 line-up for Rolex 24