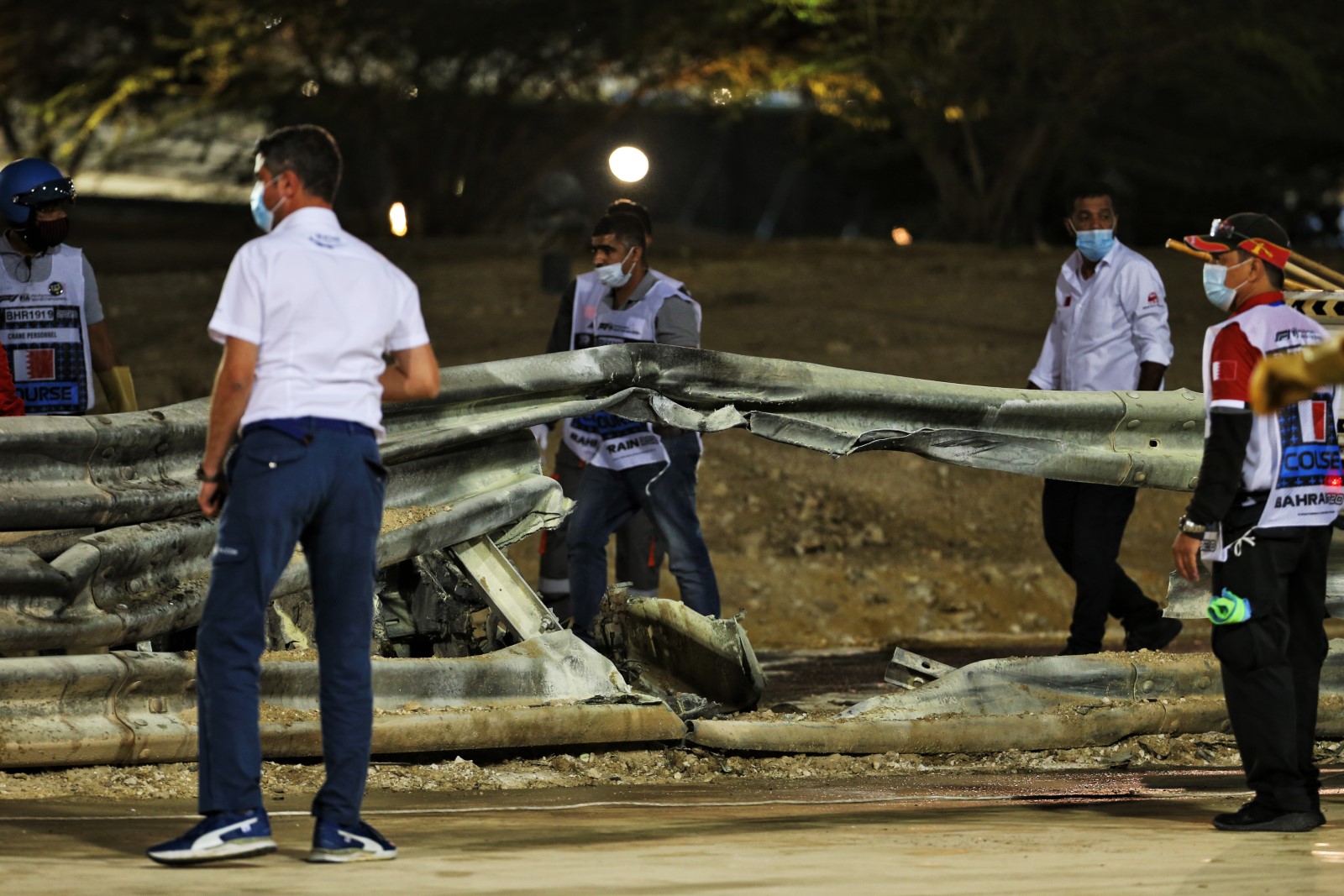 The FIA has made modifications to the Bahrain International Circuit in the wake of the high-speed crash suffered by Romain Grosjean on Sunday.

Grosjean speared through the Armco barriers on the exit of Turn 3, splitting the Haas VF-20 in half, with the car bursting into flames.

Grosjean eventually extricated himself from the burning wreckage, was tended to by the medical crew, and spent three nights in hospital due to the minor burns suffered on the back of his hands.

Formula 1 has remained in Bahrain for this weekend’s Sakhir Grand Prix, with the championship set to race on the Outer Layout for the first time.

While the FIA has launched an in-depth investigation into Grosjean’s accident, the findings of which are set to be published in around eight weeks, it has made short-term alterations to the Bahrain venue.

Two rows of tyres with conveyer belt will be installed on the right-hand-side of the circuit between Turns 3 and 4.

The tyre barrier on the right-hand-side of Turn 9, which this weekend is the kink that will lead drivers back onto the grand prix layout, will be extended and increased in depth to four rows of tyres with conveyer belt.

The right-hand kerb between Turns 8 and 9 will be removed in order to reduce the risk of a car becoming airborne.

Formula 1 Race Director Michael Masi has also warned drivers not to try and slow to create a gap through the back end of the circuit between Turns 4 and 9.

Traffic, and trying to find clear air, is expected to be an issue this weekend due to the short nature of the layout, with simulations predicting lap times could be as quick as 55 seconds.

Any driver seen trying to create a gap between Turns 4 and 9 will be reported to the stewards.