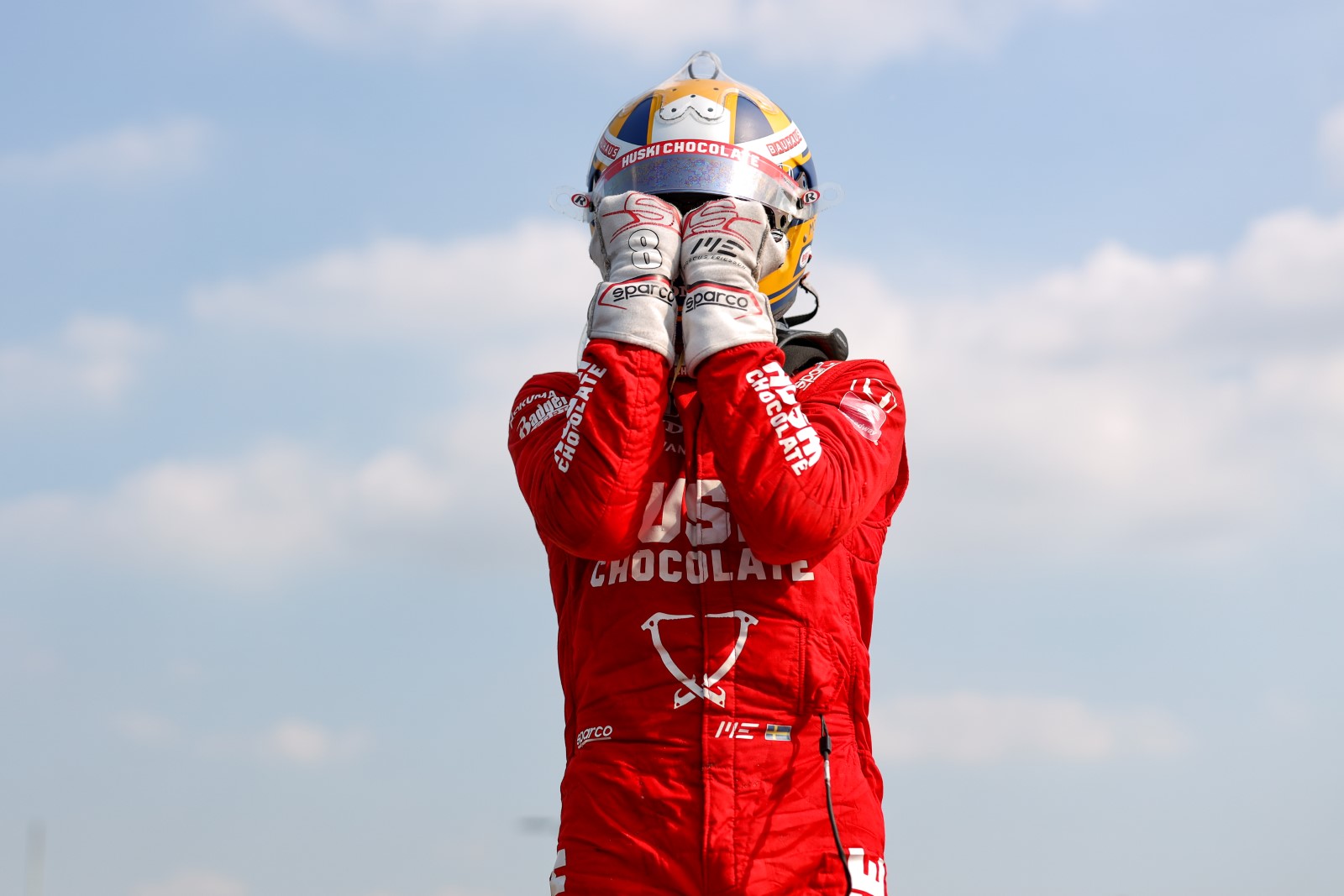 Marcus Ericsson says his time in Formula 1 “took a toll” on him as he revelled in ending an eight-year career win drought at IndyCar’s Dual in Detroit.

Ericsson entered 97 grands prix with Caterham and Sauber between 2014 and 2018, taking a best race result of eighth, before switching to IndyCar for 2019.

Ericsson spent a year with Schmidt Peterson Motorsports but for 2020 linked up with Ganassi, and finally claimed his maiden win in Saturday’s first race of the Detroit double-header.

Ericsson’s prior victory came at the Nurburgring round of the 2013 GP2 Series.

“It’s a huge relief,” said Ericsson. “I came over here after five years of F1. One of the big goals coming over here was to win races again.

“Obviously in F1 I was in smaller teams where it was not any chance realistically to win a race.

“In the first two years, I got to the podium in Detroit two years ago, but apart from that it’s been good performances but not that first win.

“Going into this year I feel like I’ve really gotten used to the series, to the cars, to the tracks. I felt like one of the big things for me this year was to get that first win out of the way. It means a lot.”

Ericsson conceded that being unable to fight at the sharp end of the grid in Formula 1, and then adapting to IndyCar, had tested his resolve.

“I think you definitely lose some confidence,” said the 30-year-old. “That’s the thing, you need to be mentally strong and believe in yourself, believe in your abilities. I’ve done that. I’ve been strong.

“But, for sure, it’s tough. I think it would be tough for anyone to go eight years without winning a race when that’s what you do. My job is to win a race, and I haven’t done it for eight years.

“Of course it’s going to take a toll on you. I think I showed that I can do it. It’s going to help me a lot going forward.”

Ericsson added that joining IndyCar had reminded him of a mindset that he had to shed while in Formula 1.

“Then I was winning races pretty much every year, going up the ranks. It was something that you were sort of used to and targeting.

“Then that’s a tough thing with European racing, when you reach the top level like I did in 2014 to F1, I was in smaller teams that didn’t have the resources to compete for wins.

“Then you as a driver, you sort of forget that feeling to fight and go for wins.

“It was not until I went to IndyCar that I realised how much I missed that feeling to go into a weekend and have the mindset to try to win, try to beat everyone. I missed this feeling so much, it’s crazy.”

Ericsson followed up his win with ninth in Sunday’s Race 2.