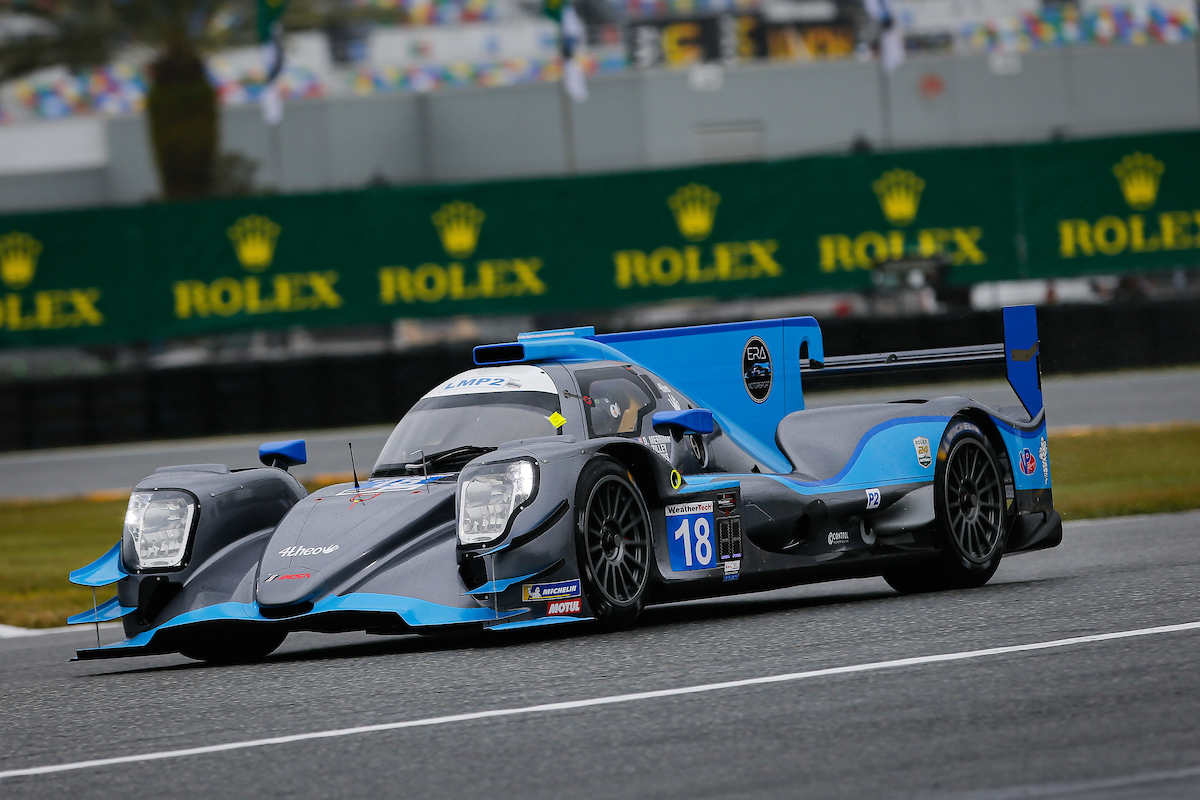 Era Motorsport has announced that it will be returning to the IMSA Weathertech Sportscar Championship with an entry into the 2021 Rolex 24 at Daytona.

“I’m delighted we get another crack at the Rolex 24 At Daytona,” said Tilley. “Era Motorsport are going all out to win the LMP2 class. Collectively the team has learned a lot since last January, and I think we have a strong shot at it!

“Ryan Dalziel and Paul-Loup Chatin are both drivers that I know well and trust to get the job done. They’re great additions to our team.”

Era Motorsport debuted in IMSA in the 2020 season and scored a podium at Daytona, but their campaign was cut short when Merriman was injured in a crash during practice for the 24 Hours of Le Mans in September.

“I can’t wait to get back to Daytona now that I have significantly more time in the car,” said Merriman. “It’s such an intimidating event to do, even more so when it’s your first professional sports car race. To earn a podium finish run there was special, and I look forward to doing it again.”

Dalziel, 38, has extensive experience in sportscars in both Europe and America, as he has competed in IMSA, Grand-Am and the FIA World Endurance Championship.

In 2010, the Glasgow native won the Rolex 24 alongside Joao Barbosa, Terry Borcheller and Mike Rockenfeller in a Porsche-powered Riley Daytona Prototype. Two years later, he would take victory in the LMP2 class in the 24 Hours of Le Mans with Starworks.

“I’m absolutely ecstatic about joining Era Motorsport,” said Dalziel. “I was really impressed watching their first IMSA season in 2020. I can tell between Kyle and Dwight they are putting everything into making this program as strong as possible, and I’m humbled to have been invited to be part of this journey.

“My last few seasons in IMSA haven’t gone to plan so I’m extremely grateful to these guys for having the confidence in me to help guide this ship with them. Cannot wait to get started together and on the grid for my 16th consecutive Rolex 24 at Daytona. Let’s win some watches!”

Finally, Paul-Loup Chatin, European Le Mans Series winner in 2014 and 2019, joins the team as the fourth driver. Chatin drove for IDEC Sport in this year’s 24 Hours of Le Mans, which fielded a second car for Tilley and Merriman.

“I am really happy to join Era for the iconic Rolex 24 At Daytona,” said Chatin. “I was lucky to meet and work with Kyle and Dwight at the 2020 24 Hours of Le Mans, and I am sure that all together we will be able to fight for the top in LMP2 class.

“I am really excited to participate in my first IMSA race and I will do my best to honour the faith they put in me.”