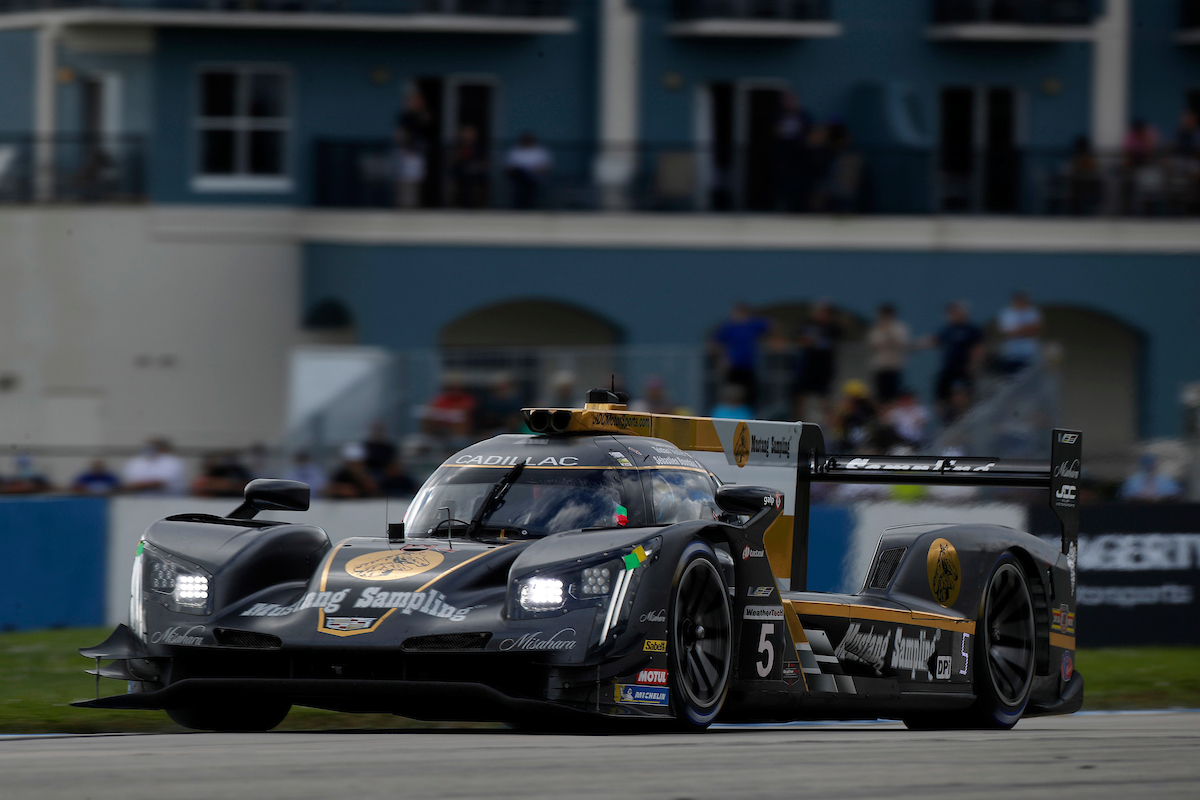 Mustang Sampling Racing has announced that Loic Duval and Tristan Vautier will team up to contest the full 2021 IMSA WeatherTech Sportscar Championship, with Sebastien Bourdais joining for the endurance rounds.

Duval and Vautier will drive the JDC-Miller Motorsports-operated #5 Cadillac DPi-VR after driving together at select events throughout 2021. Vautier moved across from JDC-Miller’s #85 Cadillac to replace Joao Barbosa, while Duval raced for the team for the endurance rounds.

Duval and Bourdais will now switch roles, as Bourdais transitions from a full-time role to a position as third driver.

JDC-Miller Motorsports goes into the second season of operating the Mustang Sampling entry, after taking it over from Action Express Racing, which had ran the car for several years previously.

John Church, managing partner at JDC-Miller, underlines that consistency in the line-up was a big target for the team.

“It’s great to have all three of them back for 2021,” said Church. “We had a little bit of an up-and-down year in 2020, but I think we showed in the final race of the year a fifth place at the Mobil 1 Twelve Hours of Sebring Presented by Advance Auto Parts) a lot of momentum and the potential we have as a group, and that is what we have to build on for 2021.

“Consistency with our partners and lineup is a big part of that, so we are all very excited to be able to keep the lineup together for another run at the championship in 2021.”

Vautier, 31, says that joining Mustang Sampling for a full season was an ambition he has held for some time.

“I am not going to lie, I wanted to be in this car and this lineup for a long time,” he said. “So when I got the opportunity to do some races with them this season, I did everything to make sure this would carry on to 2021.

“With Loïc and Seb, we have a great trio, and as a team we finished 2020 building a lot of momentum,” Vautier added, “so we are very hopeful to carry that into 2021 and fight at the front every weekend.”

Duval, meanwhile, transitions to IMSA competition full-time after his Audi DTM involvement came to a close when the German manufacturer pulled out of the championship.

Despite limited experience in IMSA competition, he already holds a win in the Twelve Hours of Sebring to his name when he won with Peugeot in 2011.

“2020 was a challenging year for a lot of reasons, and as a team we for sure had our ups and downs,” Duval said. “But we started the season really strong at Daytona and had a lot of momentum towards the end of the season.”

“So it’s great to be back with Tristan and Seb in 2021, now as one of the full-season drivers for the team because it for sure gives us consistency and to build on the momentum we had.”