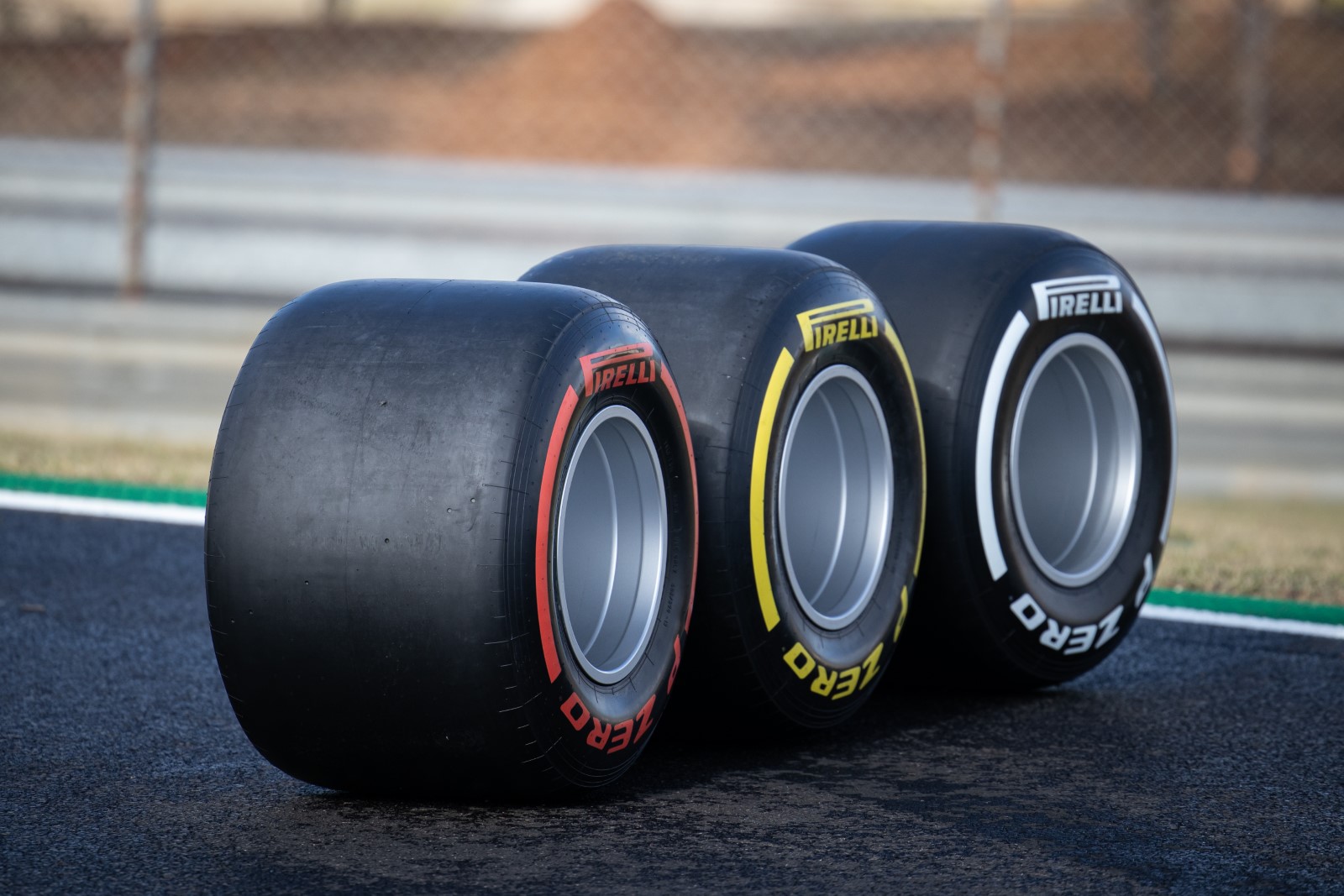 Formula 1 drivers will have the opportunity to trial Pirelli’s 2021-specification tyres at this weekend’s Bahrain Grand Prix.

Pirelli has been Formula 1’s sole tyre supplier since 2011 and for 2021 had planned to introduce 18-inch wheels.

But the debut of the revised tyre size has been put back by 12 months as part of the cost-saving initiatives adopted by Formula 1 due to the Covid-19 pandemic.

Instead Pirelli is tweaking its current specification tyres, which are the 2019-spec after the 2020 batch were rejected by teams, for the 2021 season.

Drivers previously tested prototype tyres during practice for Formula 1’s Portuguese Grand Prix last month and Pirelli will now bring some of its 2021 rubber to Bahrain.

Each driver will have two sets of the 2021-spec C3 tyre, which in Bahrain is nominated as the Medium, to try during Friday practice.

A similar trial will take place at the season-ending Abu Dhabi Grand Prix where a set of 2021-spec C4 tyres will be available for each driver.

“We get to experience something quite different during both weekends in Bahrain,” said Pirelli chief Mario Isola.

“Perhaps the most interesting challenge will be the Sakhir Grand Prix, as it’s not like any other circuit where we have raced before, even though it uses about half of the standard grand prix track.

“While there’s some simulation data already, we need to wait for real data from free practice to understand the exact effect on wear, degradation, and therefore strategy.

“On top of that, we’re bringing tyres that are a step softer than last year, which open up more opportunities in terms of strategy.

“During the first weekend drivers will run the new 2021 tyres on Friday with the C3 compound, getting a first proper taste of the rubber they will use next year.”