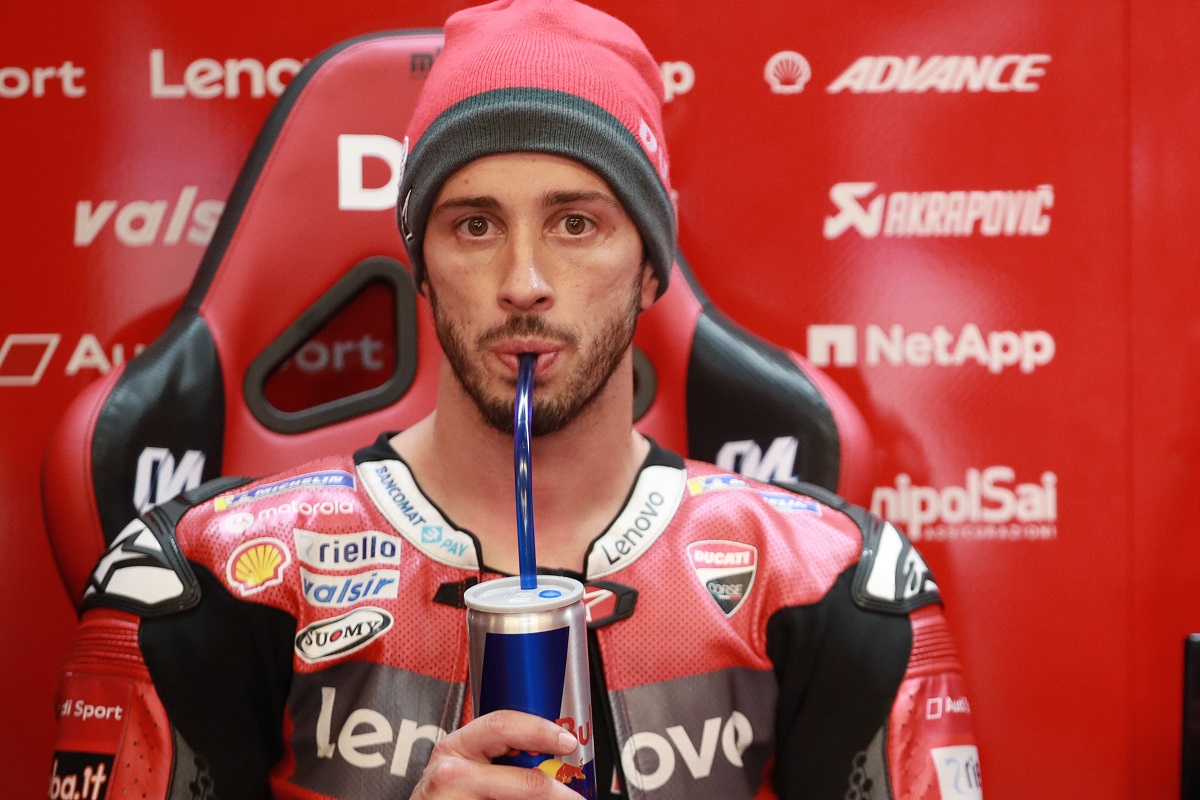 Andrea Dovizioso says he is “very disappointed” to not make a larger dent in Fabio Quartararo’s points lead after making an error with tyre choice for the French Grand Prix.

The factory Ducati racer opted for soft-compound rain tyres front and rear, but paid the price late on as the track dried out-causing his tyres to wear significantly and causing him to fade to fourth after briefly holding the lead in the latter stages of the contest.

The three-time MotoGP series vice champion admitted he “expected a bit more” from the rain affected event, having confirmed his rear tyre was “finished” by the end of the 26 lap encounter.

“I expected a bit more from the race as the feeling was very good, I was struggling a little behind Danilo (Petrucci) but the speed was still good,” said Dovizioso.

“I think we paid dearly for the decision of the tyre, we went for soft-soft and the track dried out in the last laps and therefore I couldn’t stay with him.

“I’m very disappointed because I think we could’ve gained more points (on series leader Quartararo) but at the end at least we gained something.

“We have to be happy, everyone took a lot of risk and we came out of the weekend having bagged good points.

“I was just slow (at end of race), I had completely finished the rear tyre and I couldn’t do anything.
Fortunately I was able to gain one position against Oliveira but for sure we wanted a podium.

Dovizioso reckons “the championship is still alive” having trimmed six points from Quartararo’s points cushion with his fourth place finish, moving him ahead of Maverick Vinales into third overall to boot.

He added that despite Aragon being “a really strange track”, Ducati’s past record at the Spanish venue gives him hope that he can sustain further damage to Quartararo’s title challenge.

“Aragon is a really strange track, the tyre like every race will decide (how competitive Ducati are), but like here on paper Yamaha are really strong but they also have their limitations, so we need to keep working to exploit them,” continued Dovizioso.

“I don’t know what to expect, but last year we were second and because we gained some good points here, the championship is still alive.

Ducati locked out the podium behind Marc Marquez’s victorious Honda in last year’s Aragon event-Dovizioso heading Pramac’s Jack Miller in second and third respectively-while Dovizioso and Jorge Lorenzo finished on the rostrum on their Desmosedici’s in ’18 and ’17 respectively.

Casey Stoner is the only man so far to win at Aragon in red, the Aussie claiming victory in the inaugural Grand Prix of Aragon back in ’10 for the Bologna-based manufacturer.

Renault: We still lack 1s, but downforce doubts now gone
Renault has ‘all the ingredients for good 2021’ – Alonso