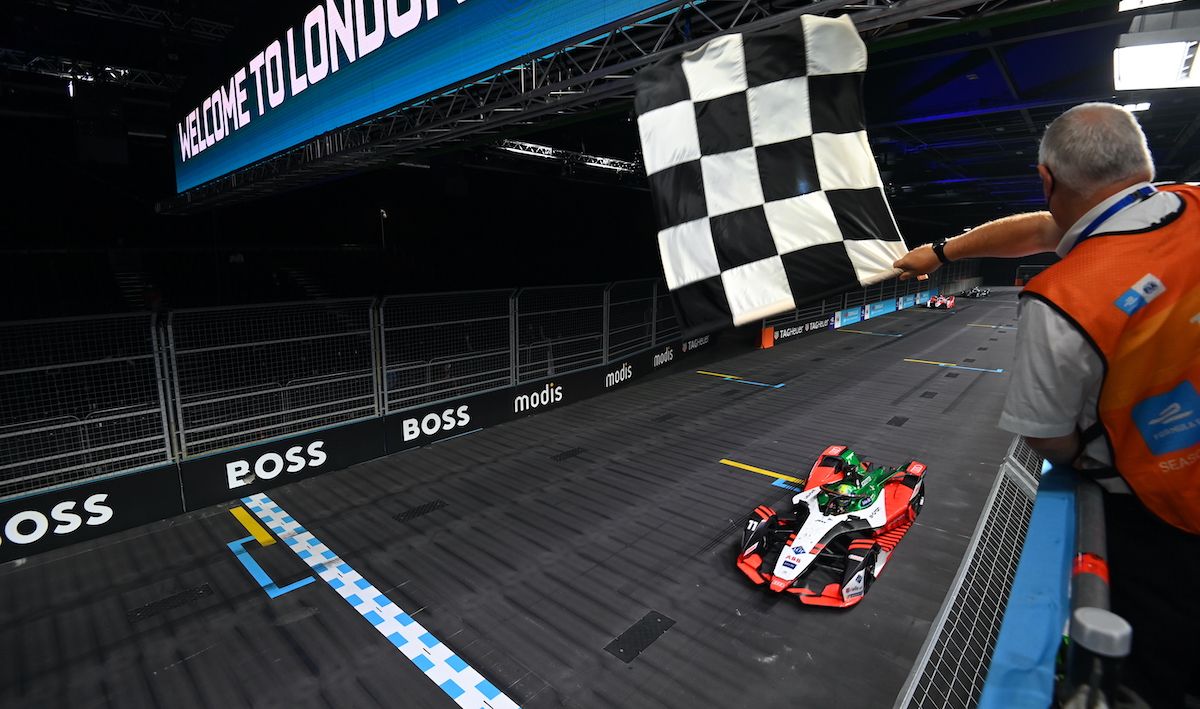 Lucas di Grassi has been disqualified from the second London EPrix and his Audi team have been fined €50,000 for failing to serve a drive-through penalty.

Di Grassi crossed the finish line in the lead, but was shown a black flag for failing to serve a drive-through penalty, given for pitlane antics during the race.

The Brazilian entered the pitlane during a Safety Car period and gained seven places to emerge in the lead, thanks to a higher speed limit through the pits compared to the Safety Car’s pace.

Di Grassi failed to come to a complete stop in his pit box and was therefore given a drive-through. However his team failed to inform him of this, believing it was wrongly given, and he crossed the finish line first.

A black flag dropped him to eighth, but he has since been excluded from the results and his team fined €50k for failing to inform him of the penalty.

Di Grassi accepted the penalty was applied correctly: “Everything we did today was clearly permitted by the rules of the championship. We only could do it if the safety car was in a lower speed than the pit-lane speed limit, otherwise I would lose positions.

“It was a bold, risky move but I’m fully behind my team when the decision was taken,” he said.

“The penalty was correctly applied because the vehicle (the wheels did reach zero) didn’t go to full 0km/h after the data was analysed in detail, as it was so close. I was only informed of the penalty after the checkered flag, via radio.”

Alex Lynn went on to win the race for Mahindra.