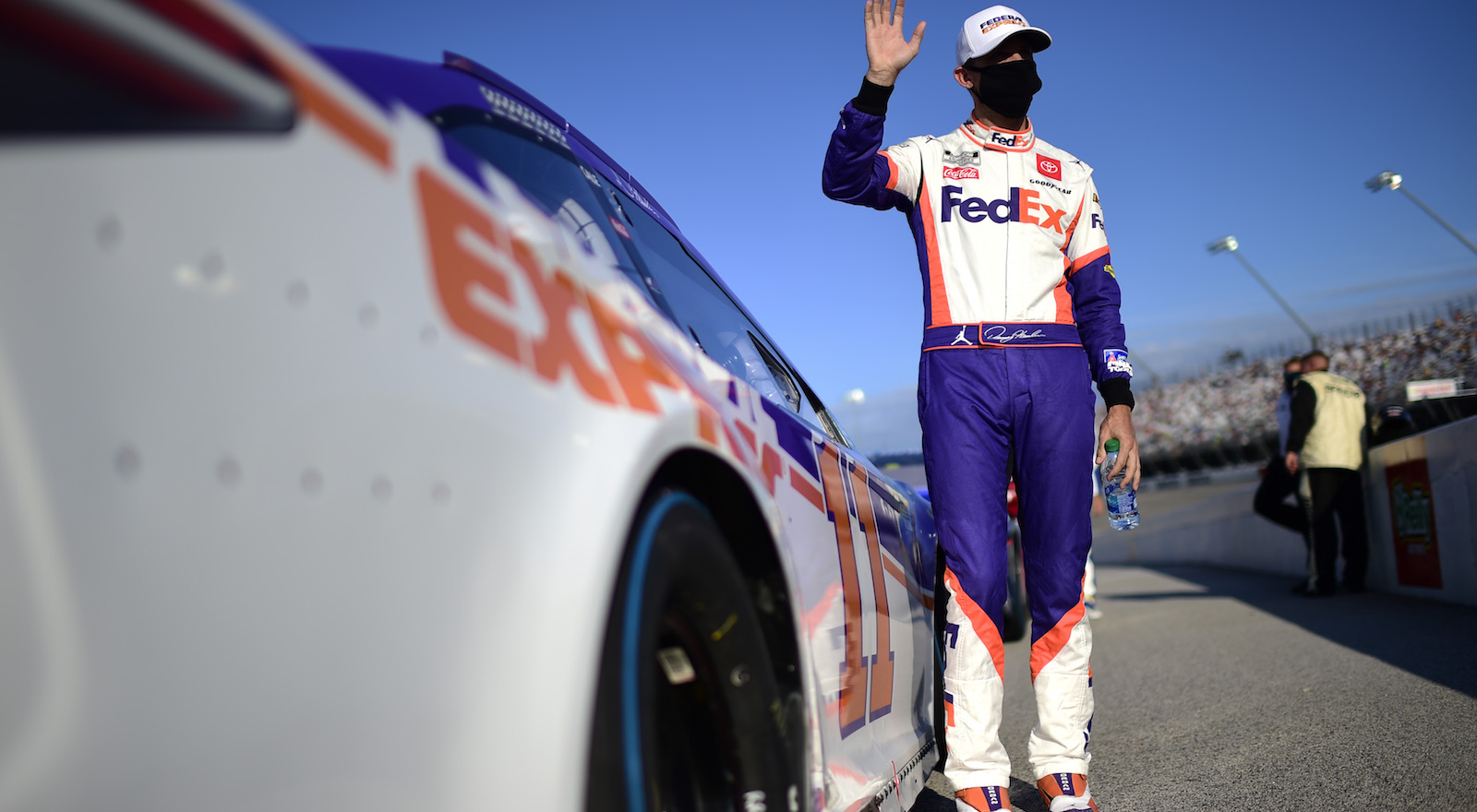 After finishing third in the South Point 400 at Las Vegas Motor Speedway the previous weekend, Denny Hamlin will start on the pole Sunday at Talladega Superspeedway for the YellaWood 500, the second race in the second round of the 2020 NASCAR Cup Series playoffs.

“Each race is individual and different. I think that we, obviously, know that we can win there; it’s just a lot of it is circumstances, a lot of it is kind of putting yourself in the right place, which you don’t always know what that place will be,” Hamlin said of racing at Talladega. “It’s historically – the playoff race in Talladega – is pretty wild, because you have probably two-thirds of the field has been eliminated that’s really not racing for much except trying to win, and you have some other ones that are going to be fighting tooth and nail for stage points. I suspect it will be pretty wild again, but I’m confident that all of our cars are good enough to win every time we go there. It’s just sometimes it is a number game. As Toyota as an organization, we are short on numbers from everyone else. We just kind of count on people getting selfish at the end and use them.”

Kurt Busch, a Las Vegas native who clinched his advancement to the third round of the playoffs by winning the race at his hometown track, will start next to Hamlin on the front row at Talladega.

“It’s been an awesome week,” Busch said. “It’s been a great week of reflection and celebration. The fun of winning at your hometown track, and then, for it to be Vegas, it’s been through the roof and I’ve lived it up. And today is a team meeting shortly, and it’s to really zone-in on what we need to do at Talladega to be as competitive as we can be. And it’s the same Thursday meeting that we have every week. And so, now, it’s time to come off the Vegas run and laser-focus-in on Talladega. And from what I’ve told, my guys and from what I believe we need to do is to not let up off the gas. It’s to stay on it hard — to go for stage wins, stage points, to be up-front. If we wreck-out, so be it. We’re still going to advance. But we need to go and keep the pressure on and get as many points as possible these next two weeks with Talladega and the Roval coming up.”

Hamlin is one of three Joe Gibbs Racing drivers among the 12 drivers still in the playoffs. All three will start in the first three rows Sunday, with Martin Truex Jr. in the third position and reigning series champion Kyle Busch in sixth.

Truex will share the second row with fourth-place starter Alex Bowman and Busch will have fifth-place starter Kevin Harvick, the regular-season champion and the 2020 wins leader, next to him in row three in the fifth position.

With the 12 remaining playoff drivers starting in the top-12 positions, the first drivers behind them will be Las Vegas race runner-up Matt DiBenedetto and Ryan Blaney, both drivers who made the playoffs but were eliminated in the first round, in row seven in the 13th and 14th positions.