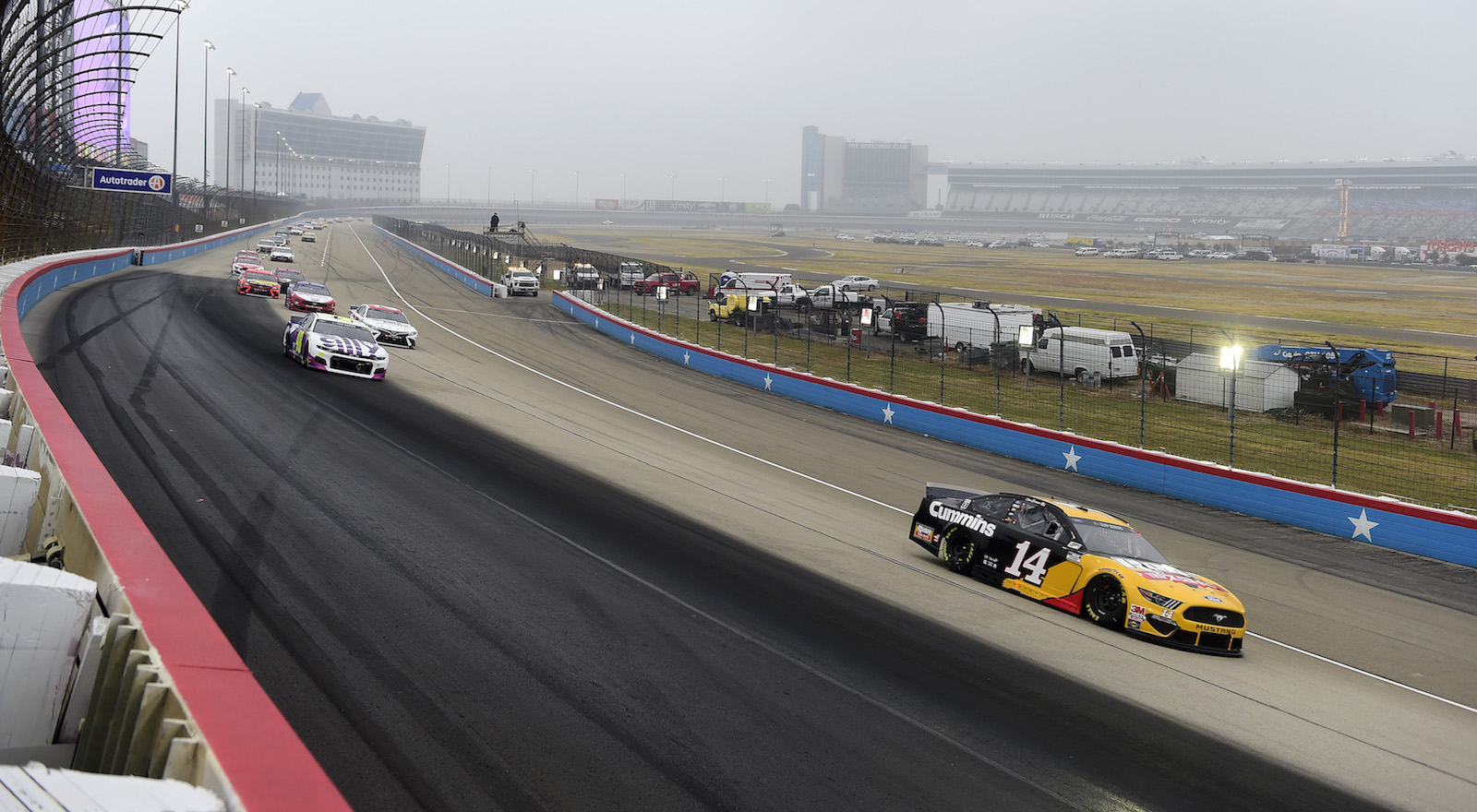 The AutoTrader EchoPark Automotive 500 at Texas Motor Speedway, the second race of the round of eight of the 2020 NASCAR Cup Series playoffs remains at 52 of the scheduled 334 laps completed as Monday draws to a close. Resumption of the race has been rescheduled for 11 a.m. local time [noon ET] Tuesday.

The race’s initial green flag waved as scheduled on Sunday, but a persistent mist that dampened the track and caused fog put the race under caution on lap 43 and, ultimately, led to a red flag after the completion of lap 52. NASCAR and track personnel made multiple attempts to dry the track Sunday evening and all day Monday before giving up each day.

When the race resumes, Clint Bowyer will be the leader, with Jimmie Johnson and Erik Jones rounding out the top-three. Pit stops were completed under caution just before the red flag.

Kevin Harvick started on the pole and dominated before hitting the wall and making and unscheduled pit stop by lap 34. Denny Hamlin also nearly wrecked in the same area of the race track.

Harvick blamed a wet race track, as the mist that, ultimately, led to the red flag had already began falling.

“It just went straight. Unfortunately, we were the first one to the damp PJ1 [traction compound],” Harvick said. “That’s the downside to it. Once it’s wet, it’s like ice. I couldn’t get out of the gas and couldn’t do anything but go straight. It had okay speed still, so work on it and figure it out”

Alex Bowman inherited the lead upon Harvick’s trouble and was the race leader before the lap-43 caution. Bowman lost positions on pit road by taking four tires while other pit strategies varied.