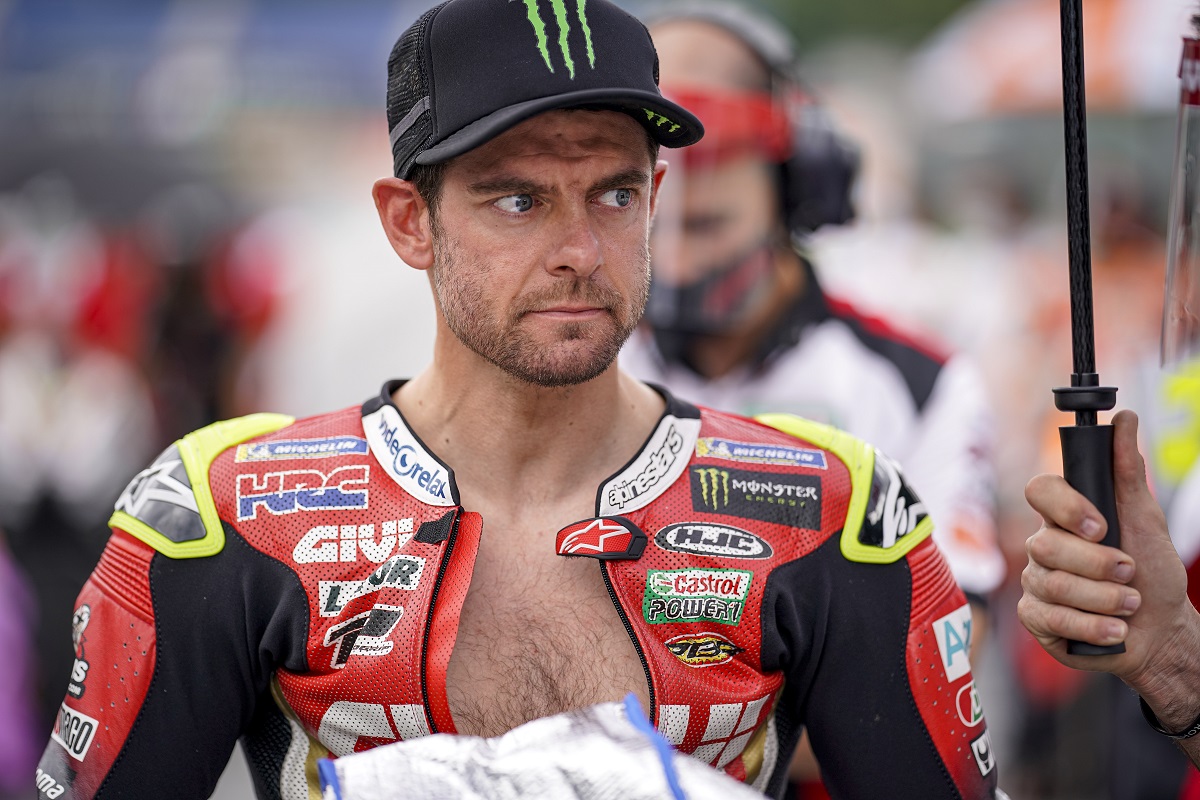 Cal Crutchlow’s participation in this weekend’s Catalan Grand Prix has been thrown into doubt after fracturing the ligaments in his left ankle in Barcelona this morning.

The LCR rider sustained the injury while stepping out of a Covid-19 testing booth at the Circuit de Catalunya venue, slipping and damaging his ankle on impact with the ground.

According to LCR, Crutchlow will continue to try and compete in the event by heading out in FP1 for an exploratory run on Friday-having seemingly been passed fit regarding his injured right arm that ruled him out of action for the Misano double header.

The three-time MotoGP winner’s latest setback comes after a season of injury woe that has afflicted him, starting with a broken wrist he suffered in warm-up for the Spanish GP at Jerez in July.

While only missing the afore-mentioned event, the injury continued to plague him in consequent races-manifesting itself as arm pump in his left arm due to having to make up for the lack of strength in his right wrist.

The worsening arm-pump forced him to undergo surgery in an attempt to rectify the injury ahead of the San Marino GP on the Monday leading up to the race weekend, although the doctors involved in the procedure quickly found the problem was worse than initially though.

The after-effects meant that Crutchlow would have to skip both the San Marino and Emilia Romagna encounters while his arm recovered, and looked to be in good shape for a return to competition this weekend at Barcelona before picking up his ankle injury.

Crutchlow currently sits a lowly 21st in the MotoGP rider’s standings owing to the spate of injuries that have affected his competitiveness across the Covid-shortened 2020 schedule.

His best results so far are a pair of 13th place’s-secured at the Andalucian and Austrian GP’s respectively-while he has scored a total of seven points at this point of the championship.

Crutchlow’s possible absence from the grid in Barcelona is yet another blow for Honda’s ’20 hopes, having fielded just two bikes for Alex Marquez and the second LCR machine of Takaaki Nakagami in the Emilia Romagna GP last weekend due to Stefan Bradl-who replaces the also-injured Marc Marquez-having to miss the race due to an arm problem of his own.

Nakagami remains the highest placed Honda representative in the riders standings, the Japanese seventh overall-impressively only 21 points from the series lead-while Alex is 16th having bagged his best ever result of seventh in the second Misano outing.