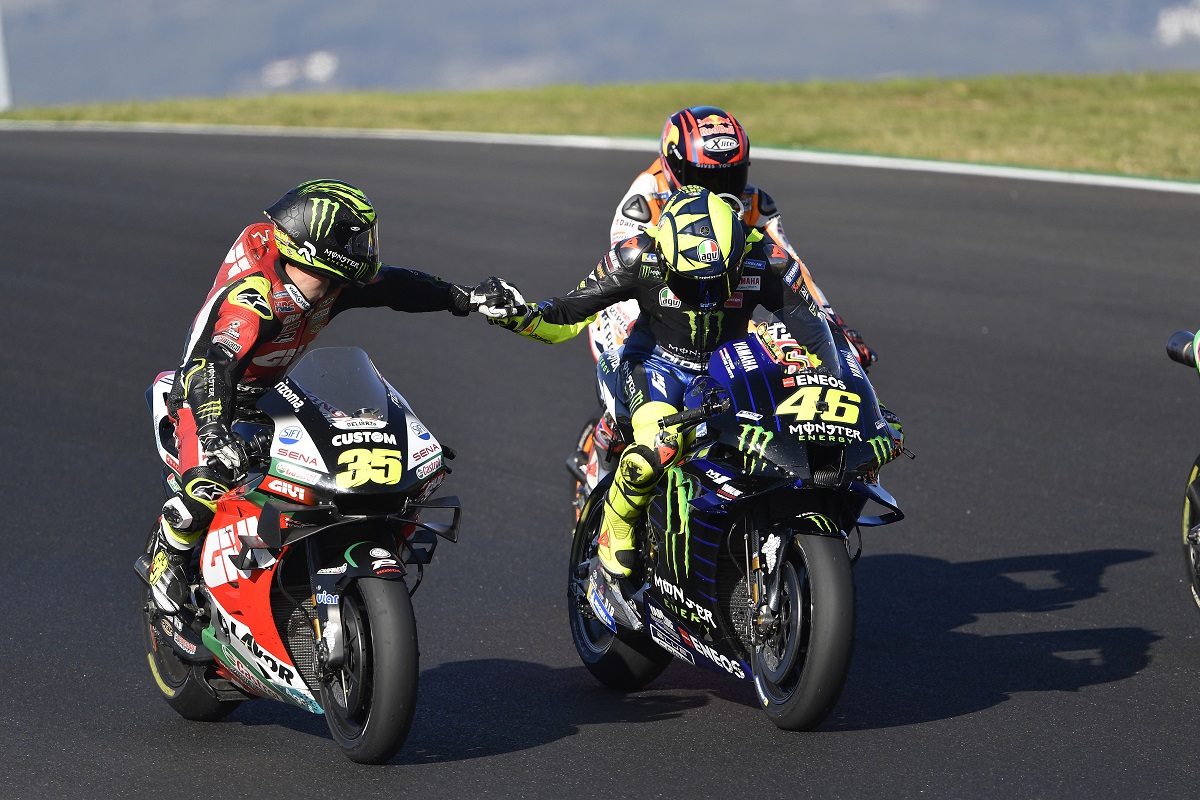 Cal Crutchlow says he knew “earlier in the year” than most that 2020 would be his final season as a full time race rider in MotoGP.

The LCR Honda man announced ahead of the Valencia Grand Prix weekend earlier this month that he would retire from full-time competition and head to Yamaha as its main development rider as part of the Japanese manufacturer’s European test team.

The Brit has suffered numerous injuries across the past few years that have curtailed his competitiveness somewhat, the latest being a wrist injury picked up in practice for the season opening Spanish GP.

Crutchlow revealed following his final full-time race outing in the Portuguese GP that he “knew earlier in the year than I already said”, and that overall he was “happy it’s done” after taking the chequered flag 14th after making several costly mistakes in the latter stages of the encounter.

“Overall I’m happy it’s done, I’m glad we fought this weekend, I went for it and we battled with some great riders on track again in a big group,” said Crutchlow.

“I knew that earlier in the year than I already said, but the situation for next year is exactly what I wanted to do, much more calm but still riding.

“I tried to go away at the start but I never had the rear grip, and with about eight laps to go the grip on the rear right of the tyre went away but I was still able to fight, I tried my best and overall I’m glad that it’s finished.

“I missed my braking marker into Turn 1 a few times trying to fight for position, and evidently this is why I finished where I did because I lost 4 or 5 places each time.”

Crutchlow says he is “looking forward” to working hard for Yamaha after “they worked hard for me” at the dawn of his MotoGP career, the manufacturer having helped the three-time premier class race winner make the step up to grand prix racing with then-satellite squad Tech 3 in ’11.

He added though that he would to continue to support the LCR outfit-with which he claimed all three of his career MotoGP victories- “from the sidelines”, conceding that he reckoned that it was time for the Italian organisation to “move on and have some new and upcoming riders” after its six year stint running Crutchlow.

“I have to thank my team, I’ve been with them six years now and they’ve worked so hard over that time to help create some great memories, but now it’s time for them to move on and have some new and upcoming riders,” continued Crutchlow.

“Taka (Nakagami) is going really well now and they’ve got Alex (Marquez) coming next year, so I’ll be at a different manufacturer but supporting them from the sidelines.

“MotoGP has been such a big part of my life, ten years is a long stretch in MotoGP and I came here at 25 years old and now left at 35 so it was the right time to stop.

“I look forward to getting back on a Yamaha where I started my career in MotoGP and working hard for them, they worked hard for me at the start and got me into MotoGP and I’ll try to give my experience and speed.

“It’s very important to post good lap-times and be as close to the front as you can.”

Crutchlow ended his final full year of MotoGP competition 18th in the riders standings having scored a best result of eighth in the French GP at Le Mans, bringing the curtain down on an out-standings career that saw him become the first man since the late Barry Sheen in 1977 to win a premier class race.

Aside from Yamaha giving him his MotoGP opportunity-with which he would score six rostrums and his best ever riders standings result of fifth across his three seasons riding an M1-Crutchlow also captured the ’09 Supersport World Championship title on Yamaha’s R6 machine, before winning three races in the World Superbike Championship with the manufacturer the following year.