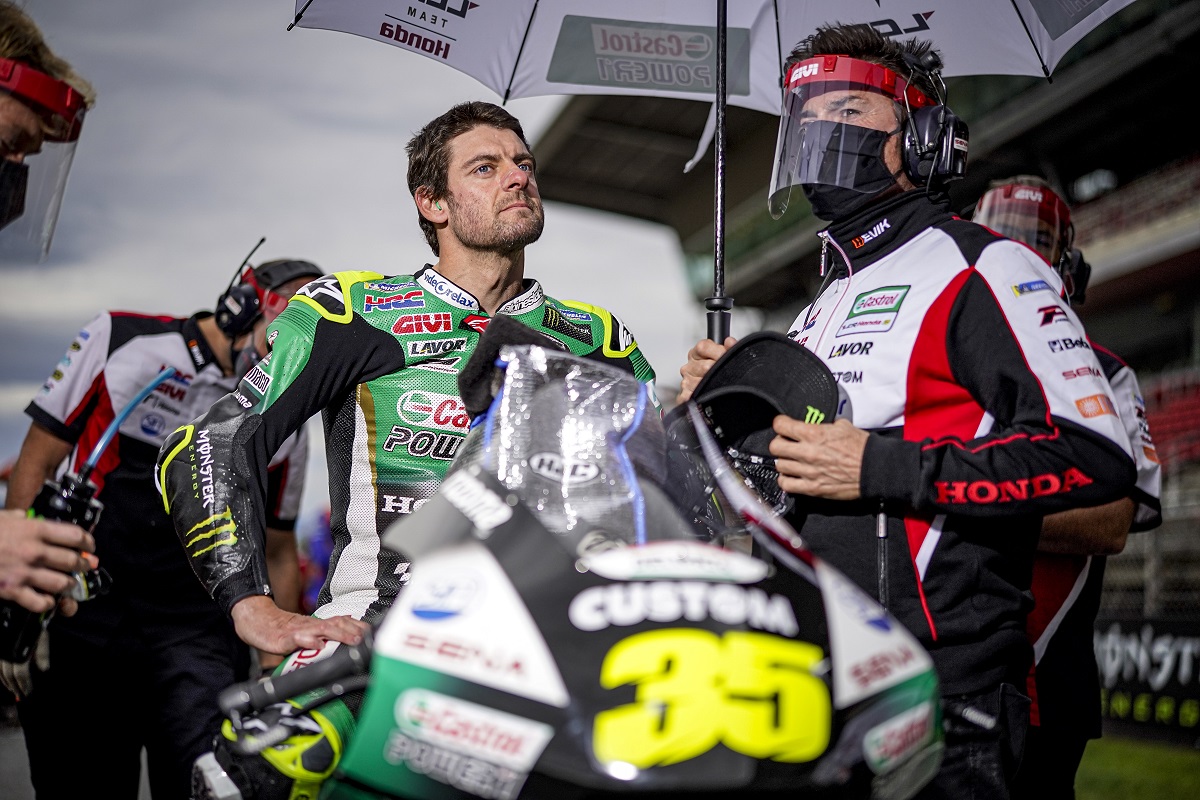 Cal Crutchlow says he was “confident” of a strong MotoGP comeback from injury after feeling how “cold” the conditions were ahead of the Catalan Grand Prix.

The Brit made his first start since the Styrian GP after he was forced to recover from arm pump surgery that he underwent ahead of the San Marino GP.

He qualified 16th for the Spanish contest despite sustaining an ankle injury on the Thursday ahead of the event after slipping while exiting a Covid-19 testing booth, his third major injury this season after also breaking his wrist in warm-up for the season-opening Spanish GP.

The LCR racer was confident of making forward progress in the race though after comparing the cool conditions to those at the 2016 Australian GP at Phillip Island, a race he went on to win.

Crutchlow ultimately battled through to a seasons-best tenth at the flag, crossing the line just eight-tenths behind factory Yamaha racer Maverick Vinales.

The three-time premier class victor hopes to go even better when the MotoGP circus heads to Le Mans for the French GP next weekend, having felt that he lacked “a bit of race experience” having missed two encounters.

“It was difficult conditions out there, it was really cold on the grid, very similar to Phillip Island so I was quite confident I’d have a good race,” said Crutchlow.

“I lacked a bit of race experience relative to the guys who have been out there the last two weeks, but hopefully in the next one we’ll be a little bit stronger.”

Crutchlow says he wasn’t helped at the start of the Catalan GP due to being “the only guy on the grid who doesn’t have the start device”, although was happy to maintain position despite the handicap, adding he was thrilled to be “battling the guy who won the race last week”.

“I didn’t get a great start because I think I’m about the only guy on the grid who doesn’t have the start device so I always knew that was going to be a difficult part of the race, but I think I held my position so it wasn’t too bad,” continued Crutchlow.

“From then on I tried to manage the tyre because the guys around seemed to have more rear grip than the Honda, but I felt good and was able to manage well to finish in a strong position battling with the guy who won the race last week, so I’m pretty satisfied with the race and am happy to come away with a top ten. “