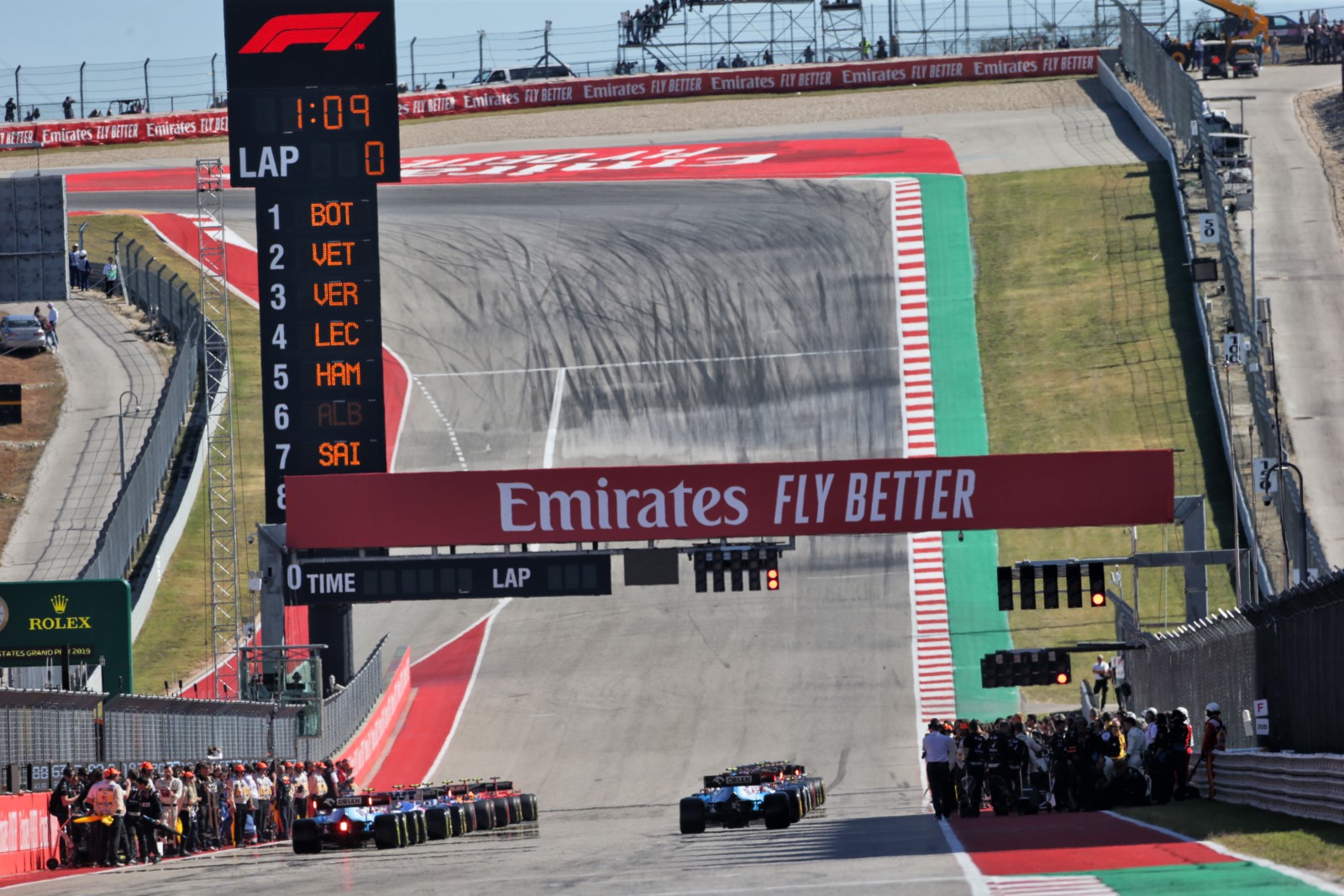 The Circuit of the Americas has given the name ‘Big Red’ to its iconic Turn 1 in honour of Texan businessman Red McCombs.

COTA, located on the outskirts of Austin, Texas, has hosted Formula 1’s United States Grand Prix since 2012, and is also the host of MotoGP’s Grand Prix of the Americas.

McCombs, 93, is the founder of the Red McCombs Automotive Group, co-founder of Clear Channel Communications and used to own the San Antonio Spurs.

In 2010, when COTA was in its foundation stages, McCombs was one of the track’s largest investors.

A naming ceremony was earlier this week held at the corner, a hairpin which rises steeply from the start/finish straight, which was attended by McCombs, his friends, family and COTA employees.

“From Formula 1 to MotoGP, and stock cars to sports cars, anyone who starts a race at COTA knows what it’s like to face this beast of a beginning.

“Red McCombs is a Texas legend; known for his big heart, successful businesses, and love for his home state. I’m delighted that we are able to honour his legacy.”

Formula 1 and MotoGP both cancelled their visits to COTA in 2020 owing to the Covid-19 pandemic but the event features on the respective provisional 2021 schedules.