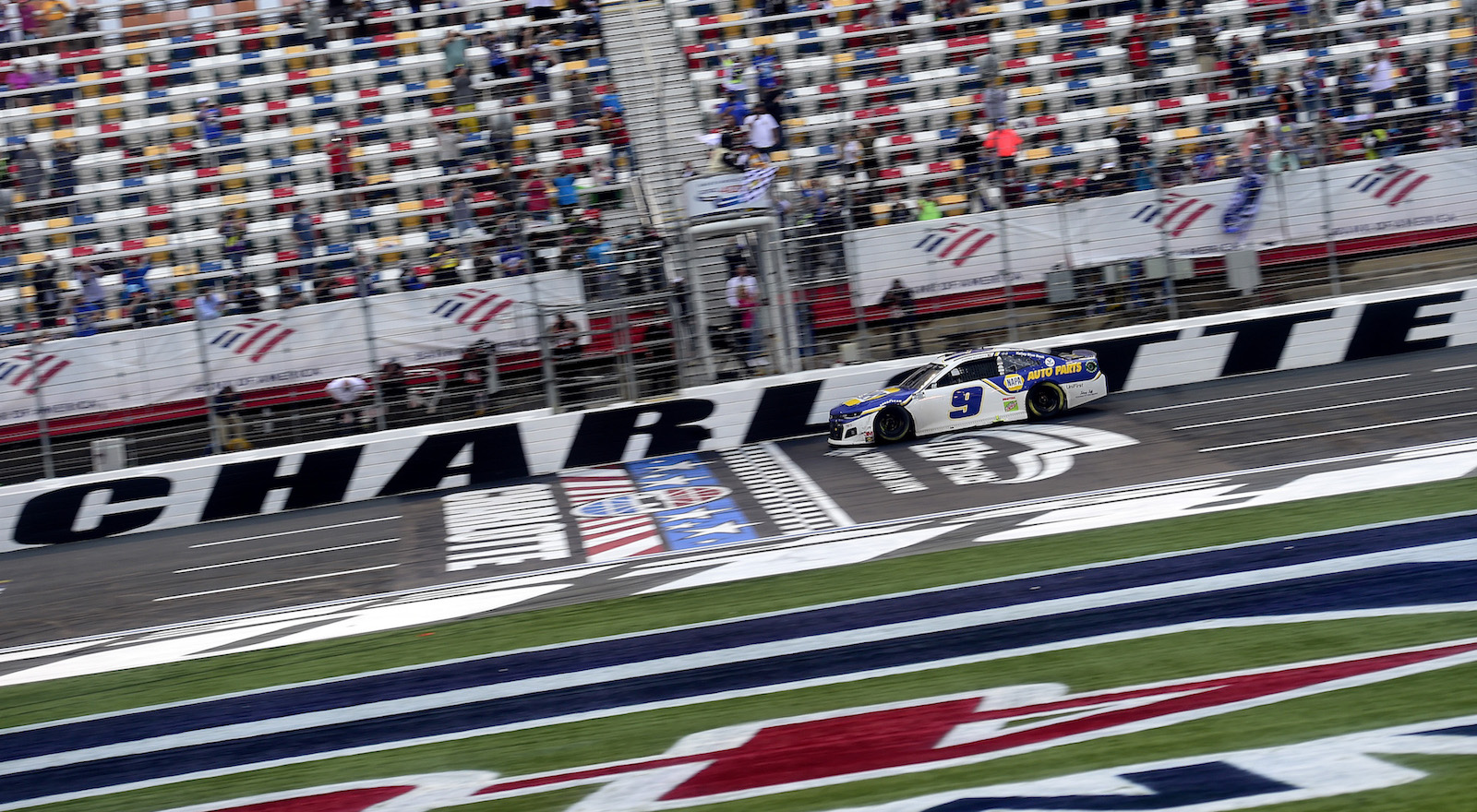 Chase Elliott repeated at Bank of America Roval 400 on Sunday at the Charlotte Motor Speedway Roval and claimed his third NASCAR Cup Series win of 2020. His second win on Charlotte’s oval/infield road course hybrid circuit made him the first multi-race winner in three races at the track. It also was his fourth-consecutive road-course win, dating back to the 2019 season, making him NASCAR’s new “King of the Road” and tying NASCAR Hall of Famer Jeff Gordon for most consecutive road-course wins.

“Well, I just had another really fast NAPA Camaro and really appreciate the effort,” Elliott said. “I feel like road courses have been fortunate to us the last few trips, but I feel like we just try to get a little better every time and tweak on the small things. I feel like I tweaked on some small things and got a little better than what I was here last year, which was good. And I’m just really proud of the effort. I appreciate everybody at Hendrick, Chevrolet, Mountain Dew, Kelley Blue Book, UniFirst, Hooters and all of our partners that make this deal go. And it’s always special to win here at Charlotte with the shop being right across the street. I appreciate all the effort there. The best way to get into the next round is to win and so, hopefully, we can do something with it.”

Joey Logano finished second, and Erik Jones was third, giving all three manufacturers a car int he top-three of the finishing order.

“I knew we were there and had tires,” Jones said. “We were in a really good spot, but I knew that 9 [Elliott] was really fast and has been pretty tough to beat here the last few years. They’ve got something figured out; they’re really quick here. I was just kind of losing time to him everywhere. He caught me, and I couldn’t hold him off more than a couple cars. The Craftsman Camry was good; it was good to get a top-three. Probably a little bit better than what we ran, but we’ll definitely take it.”

Kurt Busch and Ryan Blaney rounded out the top-five.

The Bank of America Roval 400 was the elimination race of the second-round, or round of 12, of the 2020 Cup Series playoffs. With his win, Elliott locked-up his advancement to the round of eight, scheduled to begin Oct. 18 at Kansas Speedway.

Meanwhile, reigning Cup Series driver Kyle Busch was among the four drivers eliminated from championship contention at the end of Sunday’s race.

“It’s just been the year. Nothing has played out and been on our side,” Kyle Busch said. “It’s just been unfortunate circumstances, a lot of bad luck. These guys on this M&Ms Camry team never give up, and they fight all year long and every race and every lap, every pit stop, as we can see. Man, just one of them off years. It’s been a terrible year for me. As other sports greats would say, there’s many other drivers that would love to have a year that we’re having, but it’s just frustrating to know how good we are and what we’re capable of and being champions from last year to not come out here and be able to succeed and  be able to win. Fact of the matter, if we could win, we would be a heck of a lot better off. I knew this round was going to be trouble with the year we had. I was right.”

Along with Elliott, Kurt Busch and Denny Hamlin advance in the playoffs based on race wins in the second three-race round. Other drivers advancing include Team Penske teammates Brad Keselowski and Joey Logano, Kevin Harvick, Alex Bowman, Martin Truex Jr. Joey Logano.

Elliott took the lead on lap 84 of the 109-lap race, but gave up that lead to pit during a lap-86 debris caution. When Elliott headed for pit road, Kyle Busch inherited the lead after an unscheduled pit stop for a flat tire in the first 50 laps and involvement in an incident with Austin Dillon that brought out a caution on lap 70.

Elliott retook his race-winning lead on lap 92, maintaining that lead on a restart that followed the ninth and final caution of the race on lap 98.

After a late-race pit stop, Kyle Busch wound up 30th.

“I don’t know. Just trying to get everything we could get,” Kyle Busch said. “You come into a race like this, and you throw a couple Hail Mary’s, and they rarely work, especially when you don’t have the car. That 9 [Elliott] car is spectacular here and it was super fast. I followed him for a lot of laps trying to figure it out, and he just gets smaller and smaller as he’s driving away. I don’t know; it’s not just this race. It’s a whole season and it’s a culmination of things that led to this and led to our elimination. We knew it coming into this round that this was going to be the hardest round for us to get through. Pretty much impossible and it was. We weren’t able to make up enough or get a win. We’ll just have to fight for a win here the rest of the year.”

Elliott also led laps early in the race, first taking the lead from Keselowski on lap eight. Bowyer also led laps before Ty Dillon took the lead on lap 21 and won the opening stage at lap 25.

Christopher Bell and William Byron led laps early in the second 25-lap stage before Ryan Blaney took the lead from Byron on lap 40 and won the second stage when he was running up front at lap 50.

Bell and Byron also led early in the final 59-lap stage of the race after Blaney gave up the lead to pit at the end of the second stage. Byron was the lead when the yellow flag waved for the Austin Dillon/Kyle Busch incident, but he gave up that lead to pit and was nabbed speeding on pit road.

Blaney re-inherited the lead by being among those who stayed out. His lead was short-lived, though, when he spun off the course on lap 74, handing the lead over to Ryan Preece. Elliott’s Hendrick Motorsports teammate, Bowman, also led laps before Elliott retook the lead.

“Had a little bit of a run on them coming to one to go and probably stuffed it in there a little too far,” Truex said. “Tried to get out from inside of him [Kurt Busch] and hit that water back there, and from there, it was all over. Little too aggressive there at the end. Overall, just a so-so day for the Bass Pro Toyota. We had decent speed, not winning speed, but had a lot of fun out there, especially in the rain.”