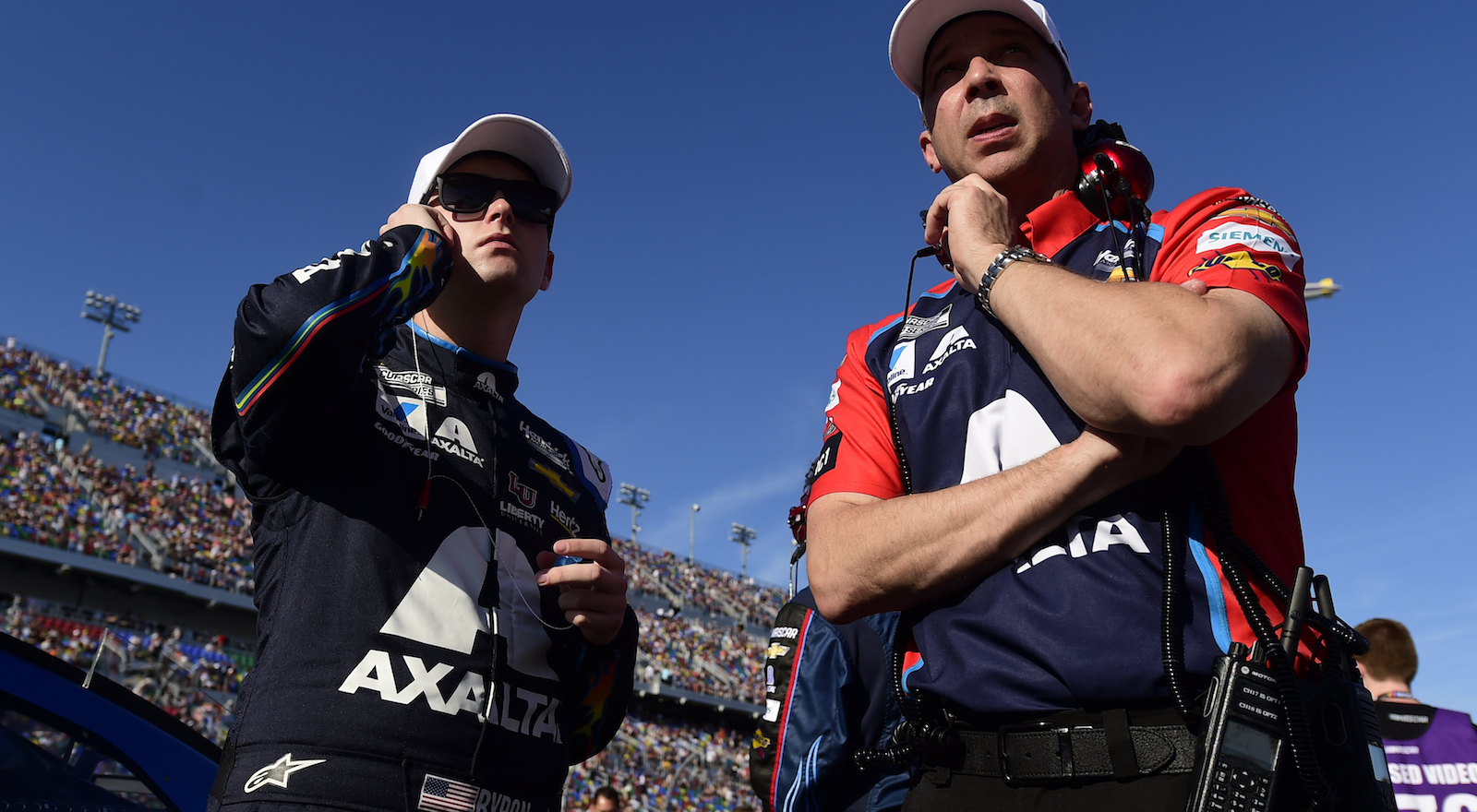 Knaus first worked at HMS in 1993 on the #24 team, then with driver Jeff Gordon and crew chief Ray Evernham. After a stint as a crew chief for driver Stacy Compton at Melling Racing in 2001, Knaus returned to Hendrick ahead of the 2002 season to be crew chief for then-rookie Jimmie Johnson on HMS’ new #48 team.

“When I started at Hendrick Motorsports, working for Ray Evernham, my goal was to be a crew chief,” Knaus said. “Starting at a young age, I wanted to win every race we entered and battle for every championship. Mr. [Rick] Hendrick [team owner] has given me the chance to do exactly that, and I could not be more thankful to him. After all these years, my competitive desire has not changed at all, but now I have a family that deserves my attention. This new executive role will allow me to compete in a different way with all four of our teams while spending more time with my wife and two young children. I appreciate the company supporting my decision, and I’m truly excited about the challenge ahead of me to help us grow and win. I’m also looking forward to working closely with Jeff, who I admire and have great respect for. I owe so much to Mr. Hendrick and everyone at Hendrick Motorsports, and I’m ready for the next chapter.”

Knaus and Johnson were paired on the #48 through the 2018 season, and during that time, they won 81 races and seven Cup Series championships. Johnson won two other races with another crew chief atop his pit box, and Knaus has added another win since their separation, guiding Byron to his first-career win in the 2020 regular-season finale at Daytona International Speedway.

The tally of seven championships is second most, all-time, for a Cup Series crew chief, trailing NASCAR Hall of Famer Dale Inman by one.

As the new Hendrick Motorsports Vice President of Competition, Knaus replaces Jeff Andrews, who has been promoted to the position of Executive Vice President and General Manager.

“As we look to the years ahead, Jeff and Chad are going to play significant roles in our success,” HMS owner Rick Hendrick said. “They’re tremendous leaders who are respected within our organization and across the entire auto racing world. In addition, they each bring unique strengths and skill sets that will complement each other extremely well and benefit all of Hendrick Motorsports. We’re in the business of winning, and this combination is going to help us do just that.”