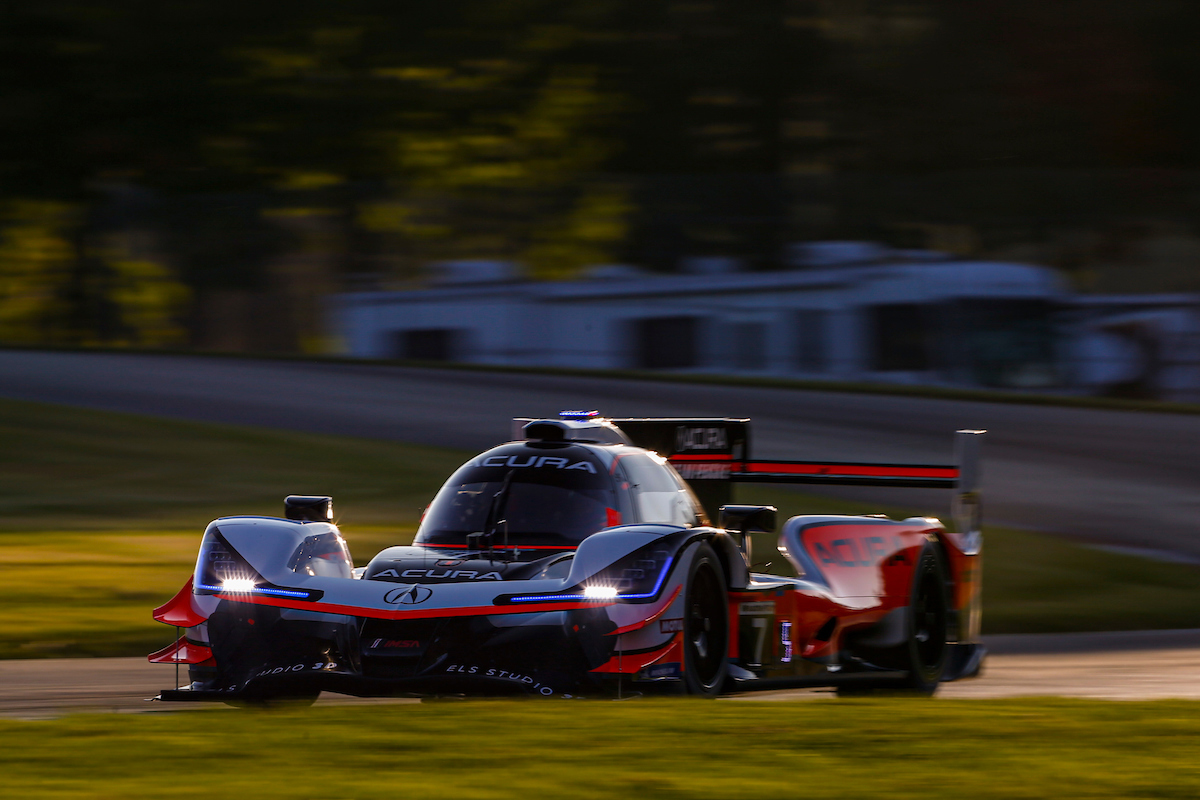 Helio Castroneves has set the pace for Acura Team Penske for the second practice at the Acura Sports Car Challenge at Mid-Ohio.

Castroneves’ team-mate Dane Cameron was third fastest in the #6 Acura, ahead of the #31 Whelen Engineering Cadillac DPi-VR of Pipo Derani. The top five was completed by the #55 Mazda RT24-P with Jonathan Bomarito behind the wheel.

Corvette Racing continue to look strong in GTLM in Porsche’s absence, with the American marque once again topping the timesheets. Jordan Taylor was fastest in the #3 Corvette C8.R with a best time 01:18:688, 0.260s quicker than the #4 Corvette of Oliver Gavin. The two BMWs brought the rear in class again.

Matt McMurry, fresh off an appearance in the 24 Hours of Le Mans, put the #86 Meyer Shank Racing Acura NSX GT3 Evo in third place ahead of the #96 Turner Motorsports BMW M6 GT3.

After suffering electrical issues on Friday, the #30 Team Hardpoint Audi R8 LMS GT3 Evo returned to the track, ensuring that all 24 cars entered for the event set laptimes during the session.