Brundle: Miami was Mercedes’ ‘most concerning weekend’ to date 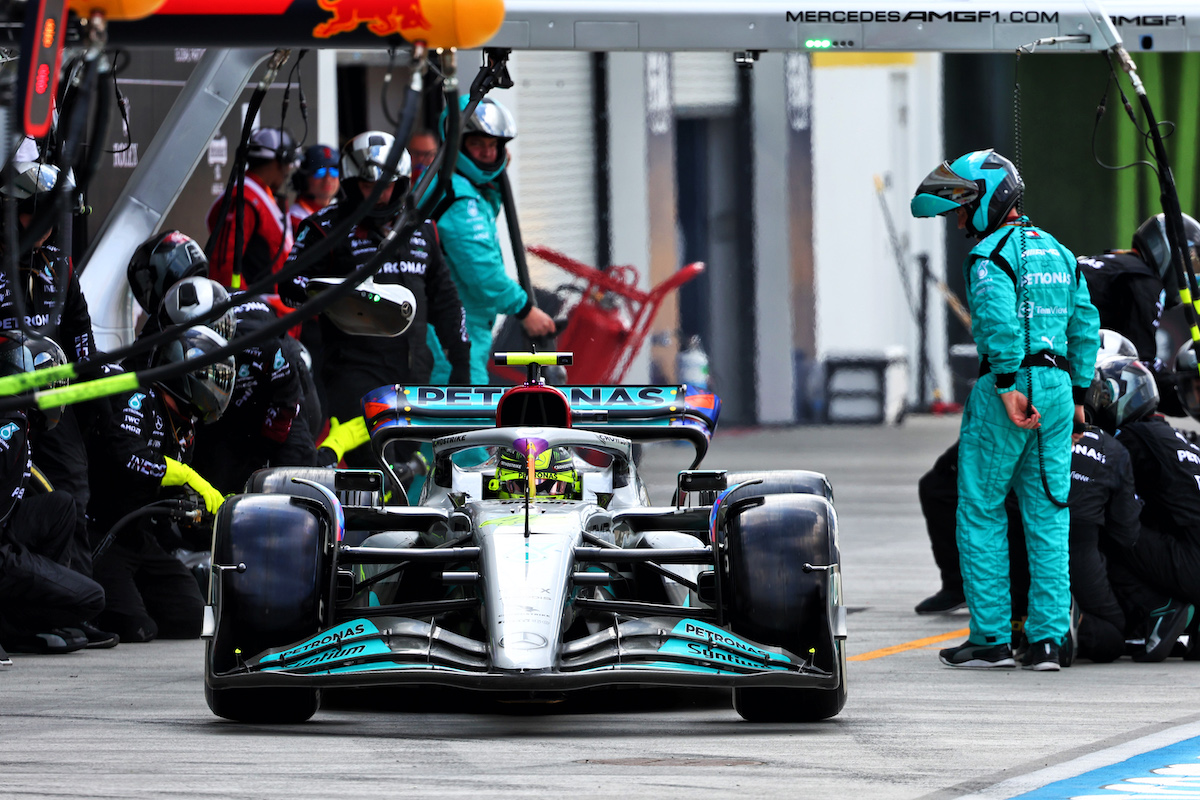 Ex-Formula 1 driver-turned-pundit Martin Brundle believes Mercedes’ outing in Miami was its “most concerning weekend” to date in 2022.

Mercedes has started the 2022 season on the back foot, competing off the pace of front-runners Ferrari and Red Bull.

In Miami, it showed strong pace on Friday, with George Russell ending the session as the fastest driver, however its speed faltered as the weekend progressed.

The team introduced upgrades to its front, rear and beam wings last weekend, which it believes has improved the speed of the car.

However, writing in his column for Sky Sports, Brundle says that the mystery of Mercedes’ drop-off in pace makes the weekend the most concerning outing of 2022 for the reigning Constructors’ Champions.

“Mercedes were once again the third-best team but in many ways I think it was their most concerning weekend given that George Russell was fastest on Friday and struggled for pace thereafter and the team simply didn’t know why,” he said.

“They’ve talked about ‘diva’ cars before but this one is just a plain mystery with a knife-edge window of set-up. There’s a good car in there somewhere, it’s just so well hidden.”

Brundle also believes that Russell is dealing with Mercedes’ struggles better than Lewis Hamilton, after Russell finished ahead of his team-mate last Sunday.

Russell, who started from outside the top 10, went deep into the race on a set of Hard tyres and benefitted from a late Safety Car intervention.

“It’s easy to say Russell got lucky with the Safety Car but he had to manage the hard compound tyres from the start, keep his head when going further backwards a little, build the long-run pace as others started to fade, and then call the shots from the cockpit about staying out and hoping for a Safety Car,” he said.

“You make your own luck sometimes. Lewis wasn’t lucky with the Safety Car again and on his side of the garage there was indecision rather than the usual masterly strategy we’ve become used to these past few years.

“It’s a tough time and eager George, with most of his career still ahead of him, is coping better with the situation than Lewis judging by radio transmissions.

“If the car was a match for Ferrari and Red Bull you could reasonably argue that Mercedes have the best driver combination on the grid.”

Villeneuve: There’s been a changing of the guard at Mercedes
Palou tops opening IndyCar practice from IMS