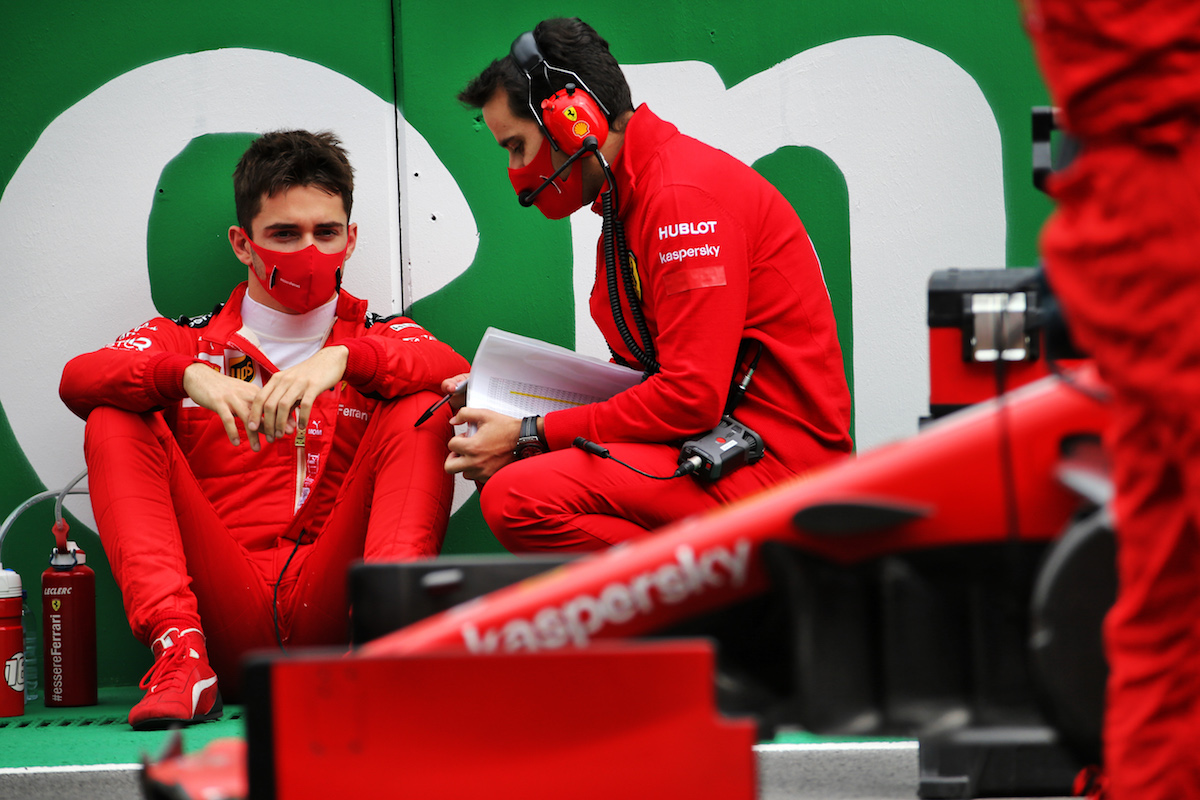 Amid a challenging campaign for Ferrari in 2020, Leclerc managed to end Sunday’s Portuguese Grand Prix in fourth place, the same position he qualified.

With his team-mate Sebastian Vettel struggling further down the pecking order, Brawn has praised Leclerc’s ability to “dig deep” despite the difficult season for Ferrari.

“It was another very strong performance from Charles and he continues to give Ferrari motivation for next year after what has been a very challenging campaign so far,” Brawn wrote in his post-race column.

“The team will know that when they are able to give him a more competitive car, he will deliver the results.

“A driver can go two ways when faced with a difficult car. It can demotivate them, their performances start to drop away and it helps no one.

“It’s a double whammy. Or a driver can do what Charles has done and dig even deeper and find extra performance that helps subsidise the team when things aren’t so great.

“Through that process, when he does get car underneath him, he will be a stronger driver.”

Brawn, who worked with both Schumacher and Hamilton throughout his career, sees characteristics that both stars possessed in Leclerc.

“I often felt with Michael, there were races he won which he should not have won because the car wasn’t good enough but he managed to find a way to win. And that is what makes a world champion.

“Lewis has demonstrated that. He’s got a great car now, but I recall him winning races when the car was not a top performer. And Charles is doing similar at Ferrari right now.”

Leclerc, who has taken two podiums so far this year, extended his contract with Ferrari until the end of 2024 last December.