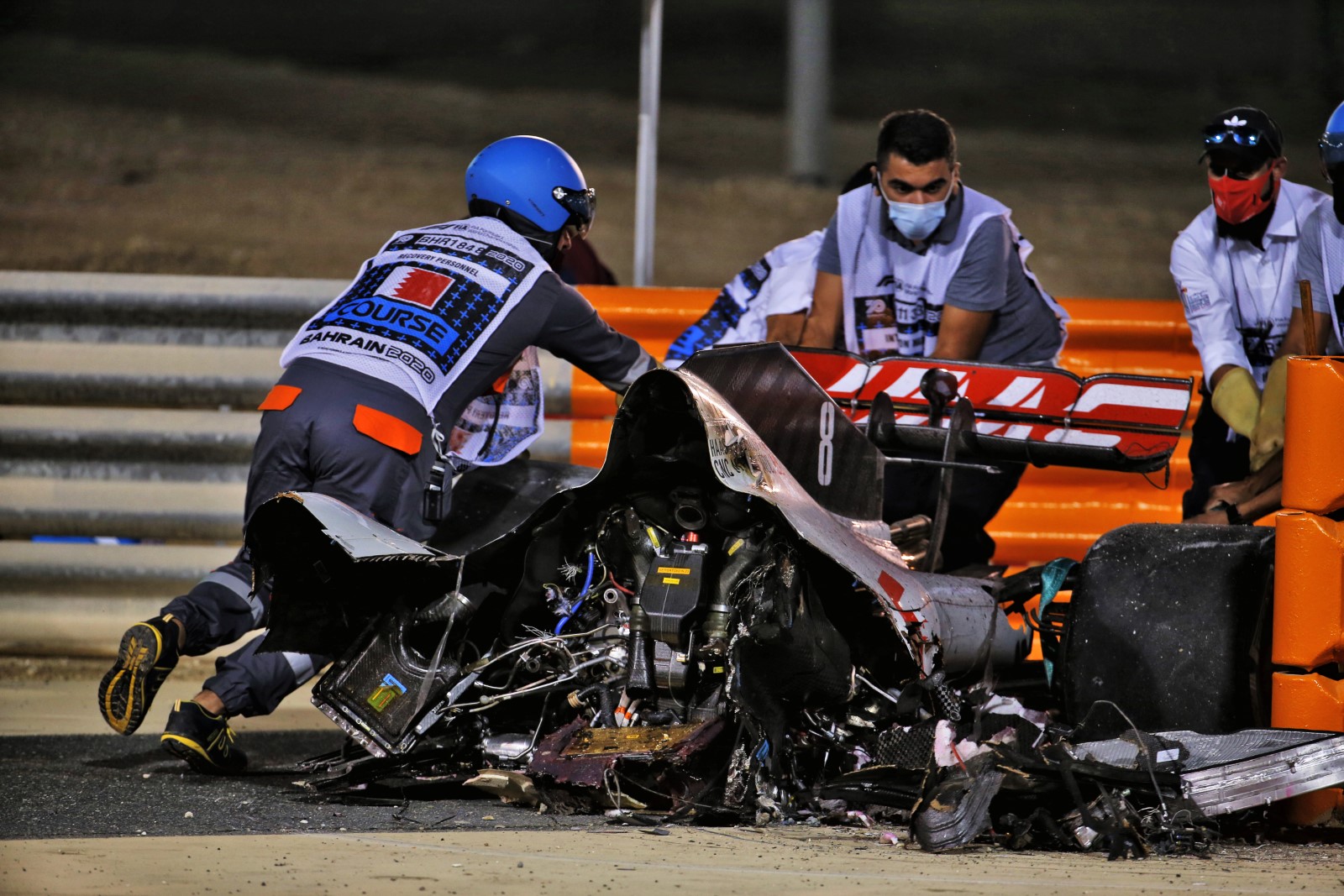 Formula 1’s Managing Director of Motorsports Ross Brawn says officials have to understand why Romain Grosjean’s Haas penetrated the barrier, split in half, and caught fire in Bahrain.

Grosjean suffered a head-on impact, measured at 53G and 221km/h, with the Armco barrier after tagging Daniil Kvyat between Turns 3 and 4 at the start of the Bahrain Grand Prix.

The VF-20 split in half upon impact and burst into flames, with the survival cell lodging inside the wrecked crash barriers.

Writing in his usual post-race column on Monday, Brawn conveyed his shock at the violence of the accident, and says Formula 1 and the FIA will work to understand key concerns.

“It was a huge shock, as fire is something I’ve not seen in F1 for a very long time,” he said.

“I was immediately thinking, what could have caused it as the fuel tank is so well protected?

“Obviously there’s oil in the car and there’s other fluids, but it was strange when I saw the fire.

“It wasn’t until I saw the severity of the accident you could understand why the fuel had escaped. So the first shock was just seeing the fire

“The FIA, working with the team, have to understand the dynamics of what happened in the accident to see if improvements are possible.

“It was a pretty severe impact and there are limits as to what you’d be able to contain or control.

Brawn also believes Grosjean’s quick extrication helped alleviate any concerns the remaining 19 drivers may have had in resuming the race.

“When you see a huge accident like that and then a driver walks away, which side does it take you,” Brawn said.

“Does it show you how severe it can be and that you can survive? Or does it shock you that there is such a severe accident? I think drivers all react differently.

“Some felt it showed how safe these cars are and some felt it was pretty unsettling. I spoke to a few drivers in the moments after the accident and most asked me how Romain was. That was their main concern.

“Most were able to get their head down and carry on doing the sport they love because it’s probably one of the most serious accidents they have ever witnessed and the driver got out and was relatively OK.”