Bottas: Message was riposte to ‘give up’ critics 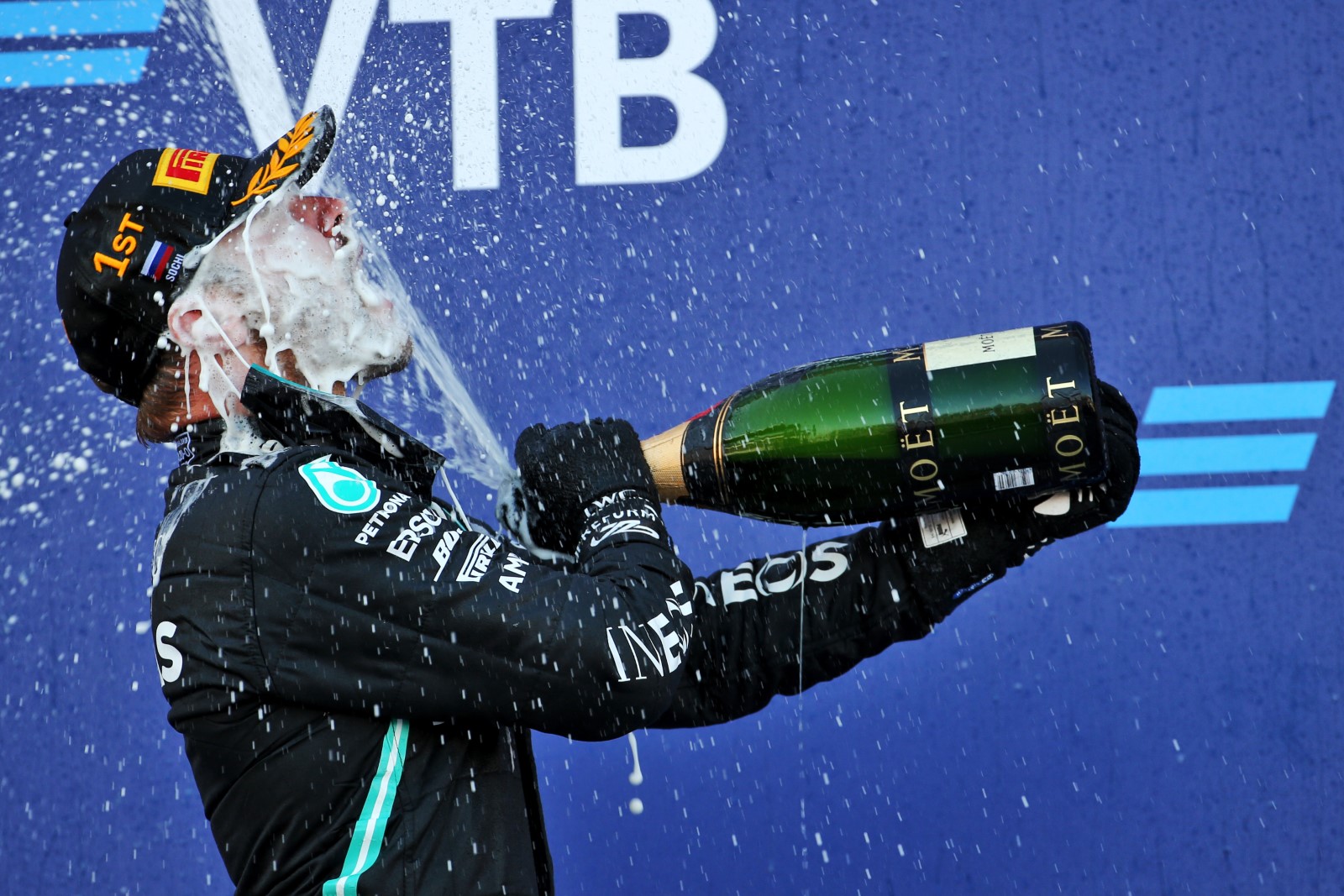 Valtteri Bottas says his post-race radio message in Russia was directed at those critics on social media who tell him to “give up”, after he claimed victory.

Bottas controlled the remainder of the race to pick up his second victory of the campaign and ninth of his Formula 1 career.

On the cooldown lap he commented “to whom it may concern, f*** you”, mirroring the call he made after winning the 2019 season-opener in Australia.

“Honestly I just [don’t] get the people who have the need to criticise people,” he said.

“You know, there’s been people telling me that I should not bother, I should give up but how I am, I will never do that so I just wanted to, again, send my best wishes to them.

“The main thing is I’m confident, when I come to every race weekend, I’m confident and I believe I can do it and that’s how I’m always going to be,” he said.

“You have to have that mindset so yeah, I’m glad.

“Even [qualifying] was tough, I didn’t give up, I looked at it positively, I knew there would be opportunities and things came to me.

“I hope I can encourage people not to give up because that’s the biggest mistake you can do in your life.”