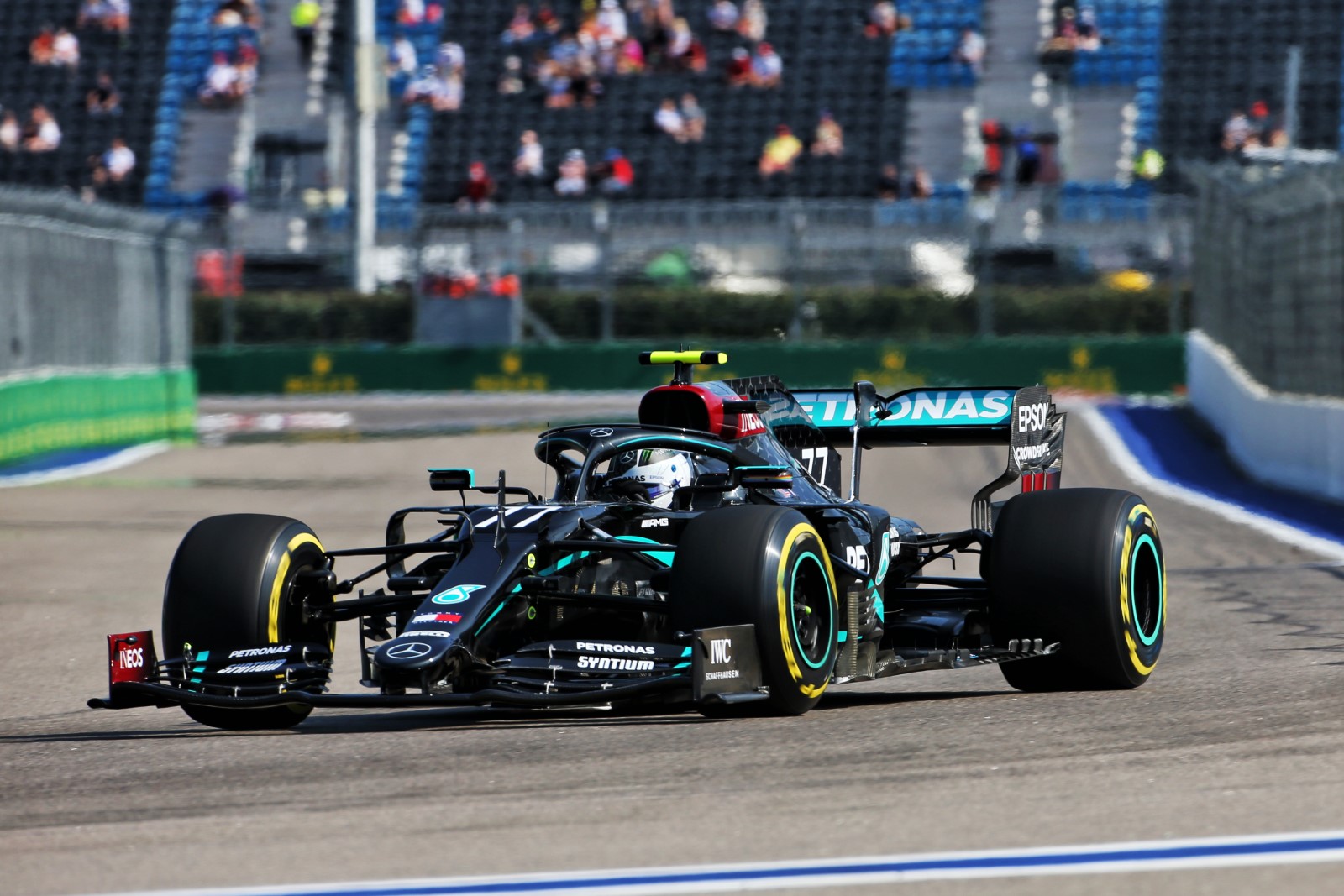 Mercedes’ Valtteri Bottas opened the Russian Grand Prix weekend atop the standings in a session in which team-mate Lewis Hamilton struggled.

Bottas, who claimed his maiden Formula 1 victory at the Sochi Autodrom in 2017, clocked a time of 1:34.923s in warm and sunny conditions on Friday morning.

It left the Finn, who is currently 55 points behind Hamilton in the standings, over half a second clear of Renault’s Daniel Ricciardo, while Max Verstappen was third for Red Bull.

Racing Point classified fourth and fifth respectively, with Sergio Perez in front of Lance Stroll, despite the Canadian being the sole driver equipped with the team’s updated car.

Hamilton, chasing a record-equalling 91st Formula 1 victory, was only 19th overall, as he made errors on his fastest laps.

Sainz and Latifi find the walls

With the cancellation of events such as Monaco, Baku and Singapore this weekend’s round at Sochi is the first of the year with walls lining the layout – and two drivers found them in FP1.

Carlos Sainz was the first to err as he rotated his McLaren MCL35 into the Turn 7 wall, causing damage to the rear wing, but was able to recover to the pit lane.

Nicholas Latifi was less fortunate when he lost control of his Williams FW43 through the Turn 10 right-hander.

Latifi slid into the barriers, resulting in substantial damage to the left-hand-side and rear-end of the car, and was unable to continue.

The Williams driver’s crash caused the session to be halted while marshals recovered the car.

Ferrari again off the pace

Ferrari claimed an emphatic pole position at Sochi in 2019 but again the SF1000 – now back in its normal livery after a special design at Mugello – was off the pace.

Sebastian Vettel was ninth – though that still represented his first appearance inside the top 10 of a practice session since last month’s Spanish Grand Prix.

Charles Leclerc was 11th in the sister SF1000 as the pair was split by Monza winner Pierre Gasly.

Gasly, who has usually spearheaded AlphaTauri’s charge in 2020, played second fiddle to team-mate Daniil Kvyat, who was seventh on home turf.

McLaren driver Lando Norris trialled a revised front end of the team’s MCL35, following on from evaluations undertaken by Sainz at Mugello.

McLaren is yet to determine whether the updated specification will be run on the car for the remainder of the weekend.

Norris classified 13th, ahead of the Alfa Romeo drivers – Antonio Giovinazzi in front of Kimi Raikkonen – and the Haas pair of Kevin Magnussen and Romain Grosjean, who were separated by Williams’ George Russell.

Second practice for the Russian Grand Prix is scheduled for 15:00 local time.