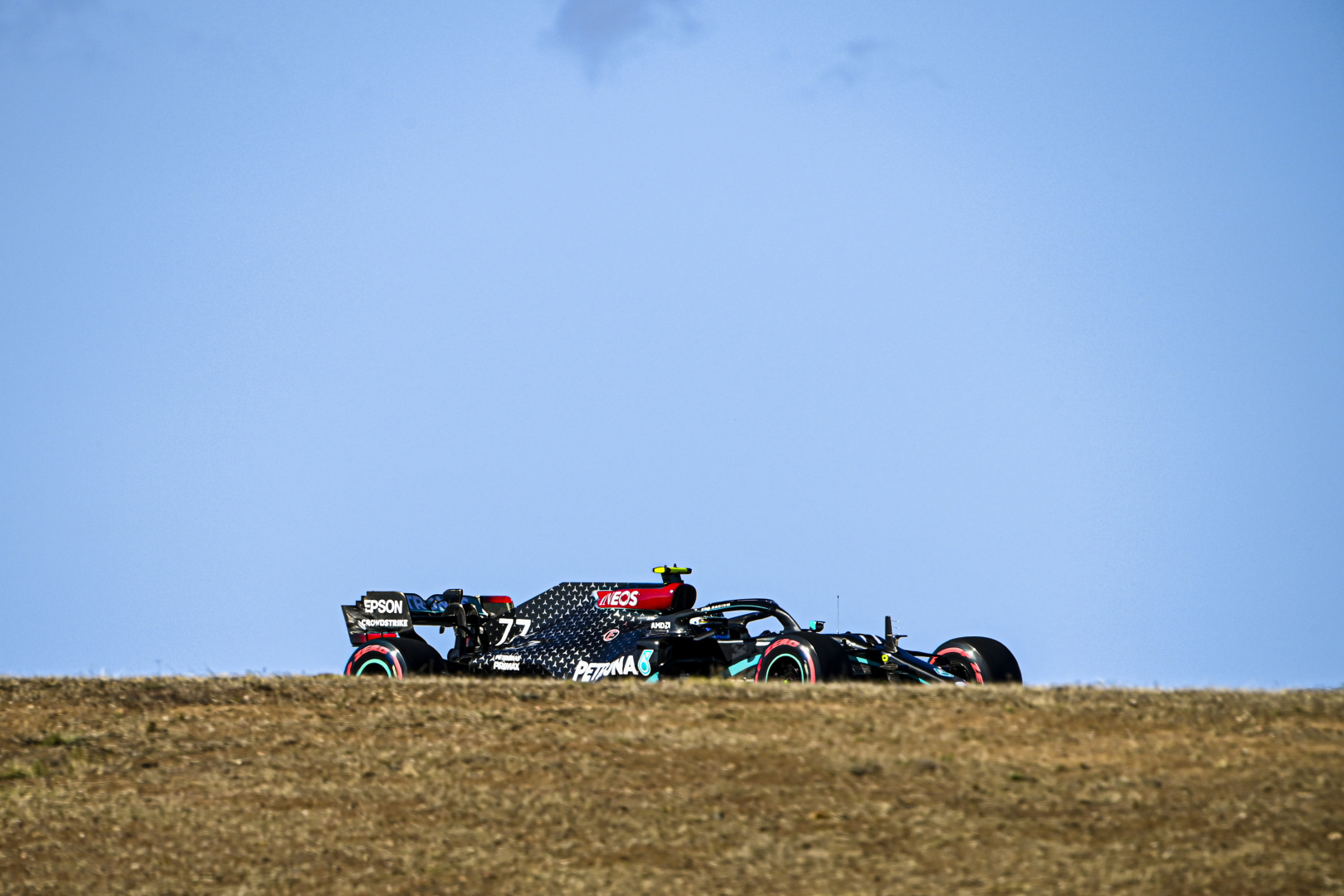 Bottas clocked a time of 1:16.654s around the Algarve Circuit to finish just 0.026s clear of Mercedes team-mate Lewis Hamilton.

Both Mercedes drivers made mistakes during the session with Bottas aborting an early lap before Hamilton went off through the gravel at Turn 8.

Pierre Gasly only completed half of Friday’s second practice session after a power unit issue caused a fire on his AlphaTauri AT01.

AlphaTauri avoided an engine penalty and Gasly rewarded his mechanics’ efforts in repairing the car by classifying a strong fourth.

It meant the AlphaTauri driver split his Red Bull counterparts, shuffling Alexander Albon down to fifth, though the Anglo-Thai was nonetheless closer to Verstappen after recent struggles.

Race Control red-flagged the session just over a minute from its scheduled conclusion in the wake of a drain cover working its way loose.

Ferrari’s Sebastian Vettel went over the exit of Turn 14 and as he did so a drain cover flicked up at an angle.

No-one else hit the loosened obstacle.

Vettel finished the session in 11th position while Ferrari team-mate Charles Leclerc, having recovered from an earlier spin at Turn 14, classified sixth.

Leclerc had a bizarre issue during the session as he claimed he could hear Hamilton, along with an engineer, on his radio system.

Renault scored its first podium since its return to Formula 1 last time out at the Nürburgring but it has so far had a more subdued showing in Portugal.

After an oil leak for Esteban Ocon late in FP1 Daniel Ricciardo was hampered by a DRS issue in FP3, meaning the flap did not open as he attempted a hot lap.

Ricciardo finished the session in 14th position, with Esteban Ocon at the foot of the top 10, behind McLaren duo Carlos Sainz and Lando Norris, who split Racing Point’s Sergio Perez.

Lance Stroll, returning after missing the Eifel weekend, was adrift of Perez in 16th spot.

McLaughlin to race IndyCar in 2021, Team Penske to pull out of Supercars
IMSA sets LMP3 driver line-up rules ahead of 2021 debut