Binder: Eighth in Doha GP “felt great” after “hanging on for dear life” 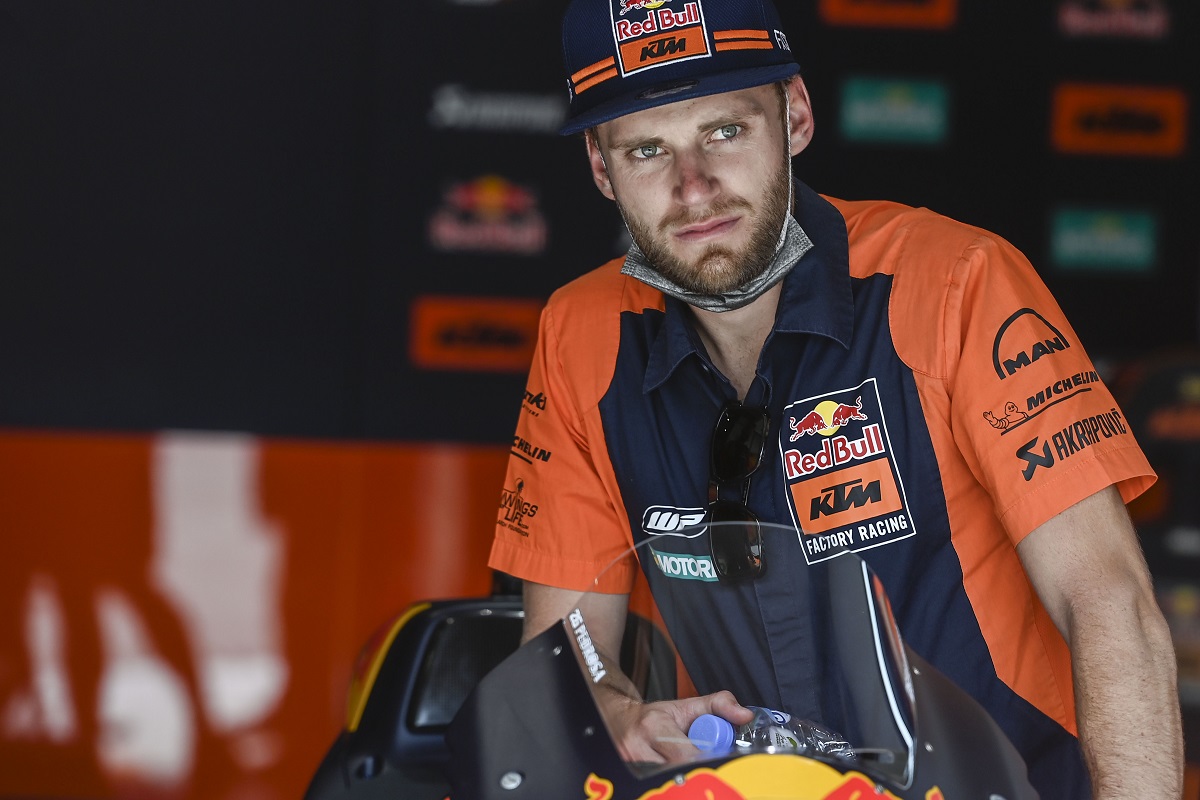 Brad Binder says his run to eighth in the Doha Grand Prix “felt great” following KTM’s struggles across testing and two race events at the Losail International Circuit in Qatar.

The Austrian manufacturer lacked speed from the outset during the five pre-season test days at Losail, its poor form continuing into the season opening Qatar GP where Miguel Oliveira finished as the top KTM rider in 13th and 11.457s down on race winner Maverick Vinales.

While KTM made progress during last weekend’s second event at the venue, it still lacked the outright speed of the front-running manufacturers, Binder taking eighth as the first RC16 home-albeit only 4.979s away from race winner Fabio Quartararo on this occasion- while Oliviera slipped to 15th after making a lighting start to run fourth early on.

Binder says a switch the to the medium compound front tyre was the key factor in KTM’s improved form in the Doha GP after “destroying the soft front in ten laps” during the Qatar GP, while other small gains found during the weekend also helped the South African to breach the top ten for the first time in 2021.

“It’s so good to even get eighth, it’s sad to say that eighth felt great but it’s because we’ve had such a tough time here in Qatar,” said Binder.

“We worked so hard this week and tried so many different things and the best we got to was definitely in warm-up today, and in the race I was able to fight and try and hang on for dear life so to finish eighth is good.

“It’s a tyre none of us really like too much (medium front), but we didn’t have a choice because we were destroying the soft front in ten laps so last week the last ten laps I felt like a passenger and just tried to get the bike home whereas this week I was able to push until the end so it was definitely a much better choice for us.

“I believe we’ll be a lot more competitive at the European tracks, this place has been a challenge for us since the first night in testing until now, we’ve tried everything and while we’ve improved we’re still a bit off so to be ten seconds closer to the in today is much better.”

Oliveira revealed after the contest that his chances took a hit after losing his dashboard display in the early tours, the Portuguese racer left frustrated after reckoning “we could have had a good race” after rocketing from 12th on the grid to fourth into the first bend.

“I think I made the same start as Jorge Martin last week!,” explained Oliveira.

“Yeah it was a good start but soon after I got a problem with the dashboard and I had no information so it’s quite hard to ride only with sensations without knowing when to shift properly, tyre temperatures and everything.

“I still felt like our bike was not competitive for the race, it was too heavy to change direction so it was tough to defend our positions and make up any time, it was frustrating because I thought after the start we could have had a good race.”