Barcelona to reprofile Turn 10 for the 2021 season 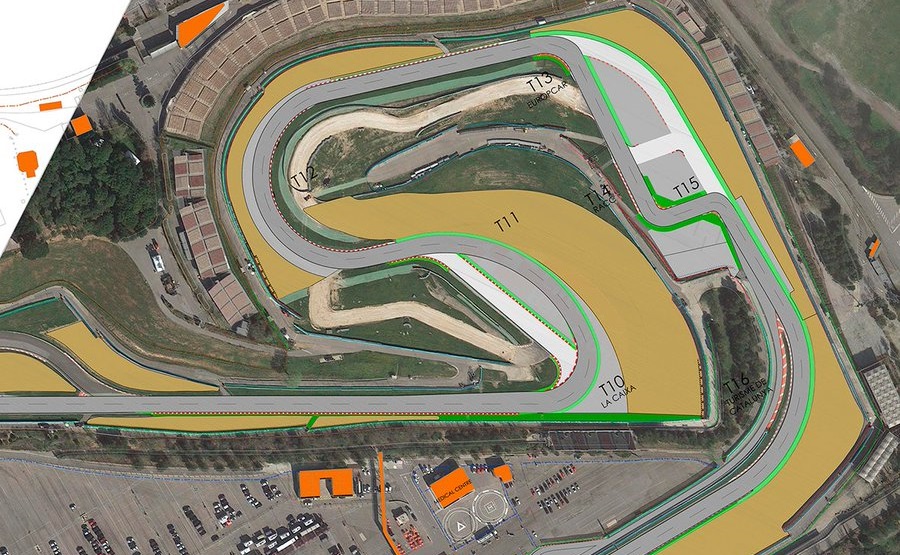 The Circuit de Barcelona-Catalunya will reprofile Turn 10 of its layout ahead of the 2021 racing season.

The venue, which next year will commemorate its 30th anniversary, is the host of Formula 1’s Spanish Grand Prix and MotoGP’s Catalan Grand Prix.

Formula 1 switched to a tighter version of Turn 10 in 2004 and while MotoGP continued to use the longer radius corner it too changed in 2016 following safety concerns in the wake of Luis Salom’s fatal accident.

On Thursday circuit officials announced a tweak to the complex in order to satisfy both the FIA and FIM.

“For the 2021 season the Circuit de Barcelona-Catalunya has designed a new and unique variant for Turn 10, that will be located between the two current layouts,” read a statement.

“This change will allow for an extension of the run-off area at the turn, thus increasing the safety distance, and it will also lead to a return of the origins of the layout.”

In effect the circuit will return to the long-radius left-hander but brought closer to where the current Turn 10 is located, in order to provide as much run-off as possible.

It is not possible to extend the run-off beyond the current barrier location owing to an access road behind and the presence of the final chicane/corner.

The work is set to be undertaken through January.