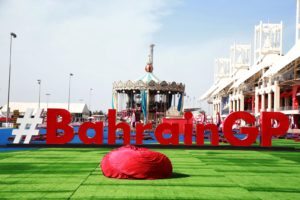 The opening round of the 2021 Formula 1 season will feature spectators trackside – though only if they have been fully vaccinated or have recovered from Covid-19.

Formula 1’s new campaign will begin at the Bahrain International Circuit on March 28, the first of 23 planned stops on a record-breaking calendar.

Of the other 15 rounds to take place only events at Mugello, Sochi, the Nurburgring and Portimao featured paying spectators.

On Thursday BIC launched its ticket sales with the caveat that anyone attending must have either received both doses of a Covid-19 vaccine, with two weeks having passed since the second jab, or have recovered from the virus.

Masks are mandatory at all times while health screening will be set up on entry to the venue.

“We are delighted to be able to launch our ticket sales today, once again giving fans the opportunity to witness the spectacle of F1,” said BIC Chief Executive Shaikh Salman bin Isa Al Khalifa.

“In November and December last year, we had the honour to host our healthcare heroes as spectators, and we are pleased this time be open for a broader group of fans, with tickets available to buy for this prestigious first race of the season.

“I am thankful for all the support we receive from across Government in Bahrain and the coordination that makes Bahrain a successful F1 every year.”

Bahrain recently offered a Covid-19 vaccine to personnel attending pre-season testing and the grand prix but Formula 1 has no plans to accept the offer.