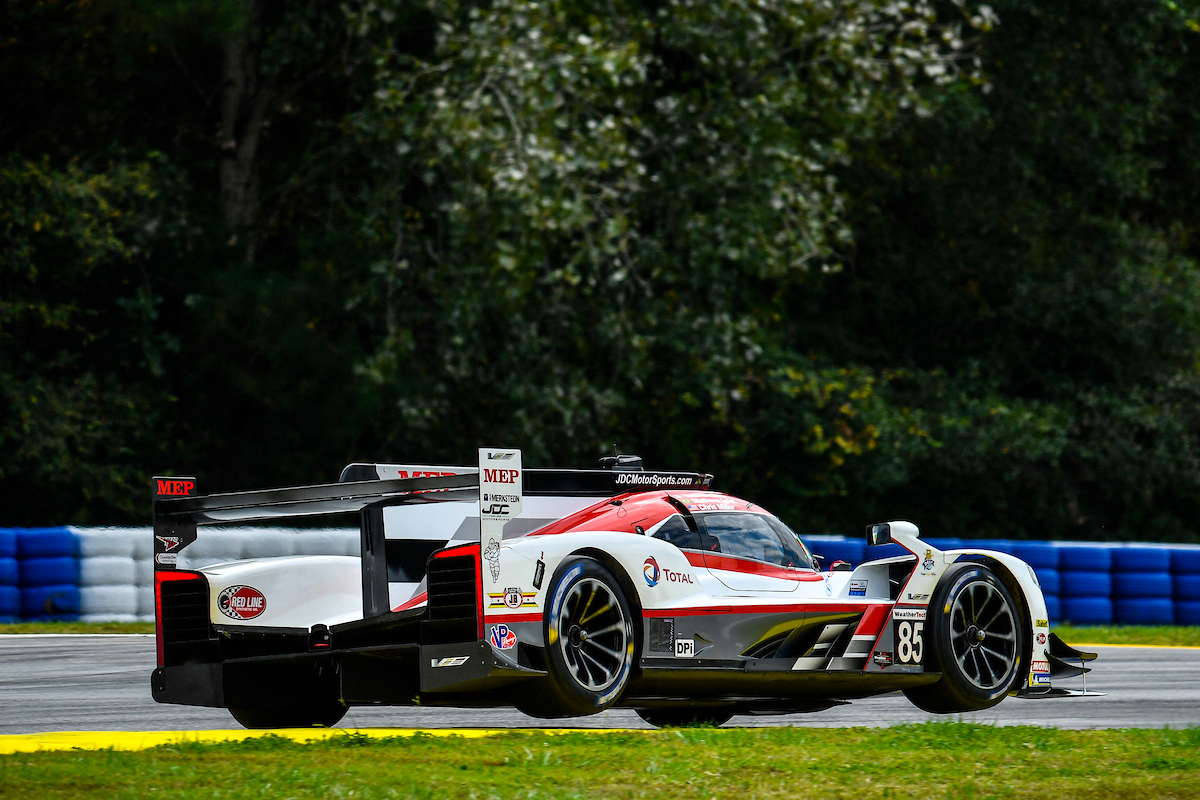 An crash into the barriers for Gabriel Aubry has brought out an early safety car at Motul Petit Le Mans.

The Frenchman planted the #85 JDC-Miller Motorsports Cadillac DPi-VR in the wall at turn 1, after which race control opted to bring out the safety car.

Acura Team Penske still leads the race in one-two position, with the #6 Acura ARX-05 of Dane Cameron leading the #7 Acura of Ricky Taylor in second, with third held by the #31 Whelen Engineering Cadillac DPi-VR of Felipe Nasr.

The #55 Mazda RT24-P lost seven laps early on when Harry Tincknell suffered a brake failure, after which the team brought the car in for a brake change.

BMW Team RLL has seized the lead in GTLM early on, with Connor de Phillippi grabbing the lead in the #25 BMW M8 GTE, with team-mate John Edwards second in the #24 BMW M8 GTE. Laurens Vanthoor sits in third in the #912 Porsche 911 RSR-19, with polesitter Antonio Garcia dropping into fourth in the #3 Corvette C8.R.

The GTD polesitter also dropped back as the #86 Meyer Shank Racing Acura NSX GT3 Evo of Shinya Michimi fell to fourth, with the #63 Scuderia Corsa Ferrari 488 GT3 Evo leading in the hands of Jeff Westphal ahead of the #12 Lexus RC F GT3 of Frankie Montecalvo in second place.