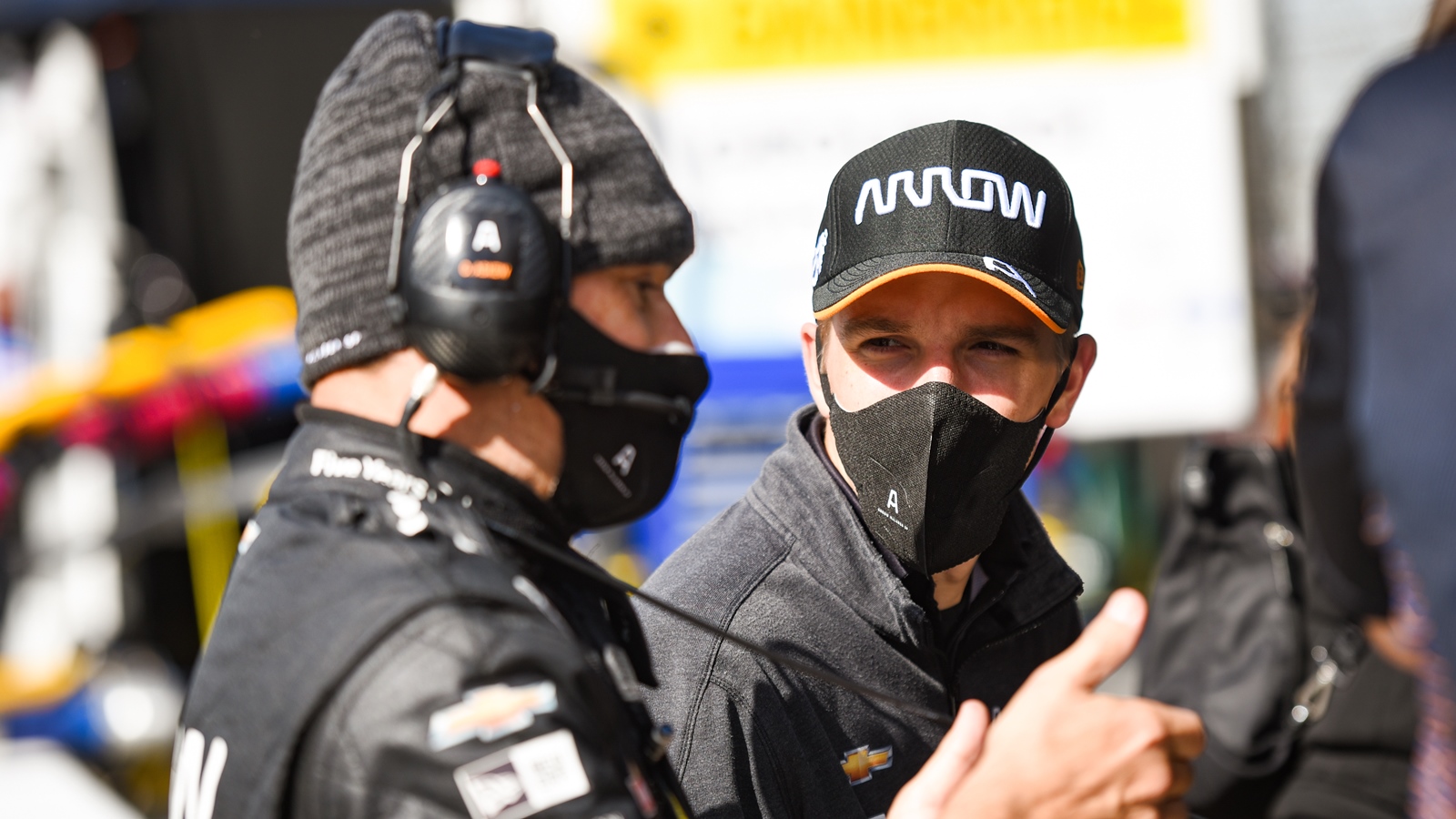 Oliver Askew has been declared fit to race, and will contest the 2020 IndyCar series finale from St. Petersburg, Florida this upcoming weekend.

After suffering symptoms of a concussion following his hard crash in the Indy 500 back in August, Askew was forced to miss the most recent Harvest GP double-header in order to recover.

Helio Castroneves filled in for the ailing Florida-native, and drove the #7 Arrow McLaren SP Chevy for both races from Indianapolis Motor Speedway road course.

The Brazilian’s services will not be needed for the upcoming finale, however, as Arrow McLaren SP have announced that Askew has been declared fit to compete by the IndyCar Medical Team.

“I appreciate all the support Arrow McLaren SP has given me through this difficult time,” said Askew in a statement.

“I would like to thank Dr. Billows and the IndyCar Medical Team, as well as Dr. Collins and UPMC Sports Medicine Concussion Program, for their advice and care, which allowed me to take the time I needed to fully recover and prepare for the NTT IndyCar Series finale.

“I’m looking forward to a strong finish to the season.”

Askew had a spell of poor results in the races after the Indy 500 before he was forced to take his recovery more seriously and sit out for a weekend.

He was also notified recently that he would not be retained by Arrow McLaren SP for next season, so this race will be the rookie’s last with the team.

He will look to use the opportunity get back on form on the streets of St. Petersburg, and make his case for any potential teams looking to give him a ride for 2021.

It seems the 2019 Indy Lights champion may have some deals in the works, however, based on his social media post which read in part, “This won’t be my last race in IndyCar, I’ll promise you that.”