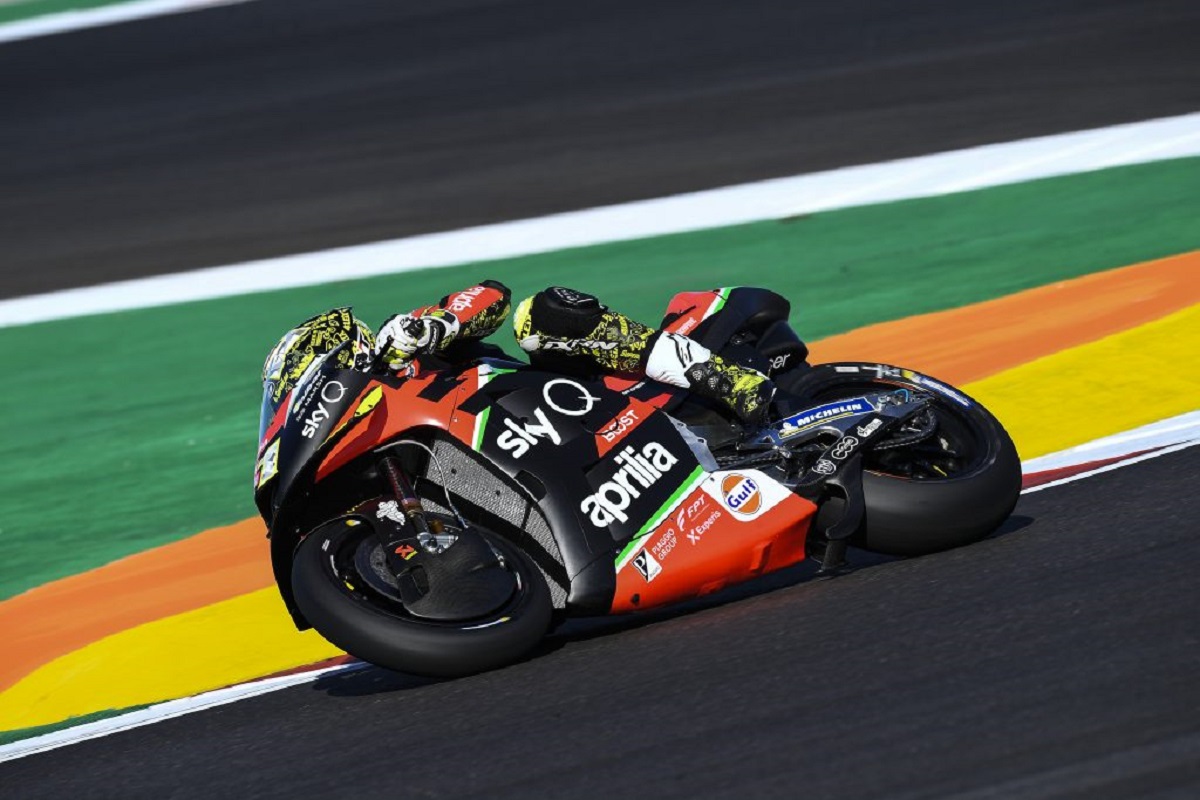 Aprilia have announced that Bradley Smith or Lorenzo Savadori will join Aleix Espargaro in its 2021 MotoGP race line-up, having failed to sign a “young rider” to replace Andrea Iannone.

Iannone was banned from all FIM sanctioned racing series for four years earlier this month after losing the appeal for his 18 month doping ban to be overturned he received in March, leaving Aprilia without a pilot to occupy its second race seat next year.

The Italian manufacturer utilised test riders Smith and Savadori to fill in for Iannone across the 14-rond ’20 season, the former taking part in the first 11 rounds of the series before the latter competed in the final three contests.

The Gresini run squad said in a statement that it would make a decision on who would partner Espargaro after completing its winter testing programme, which begins with a private test of its new ’21-spec RS-GP machine at Jerez the Monday after the Portuguese Grand Prix season finale-with whoever fails to capture the race seat remaining as test rider.

They all turned down the deal because “they did not yet feel ready” according to Rivola, though he also says that “the teams that have already signed them preferred to keep them.”

“It’s no secret that we offered three young riders an opportunity because we felt that our project could be very interesting for talented young riders, but they did not yet feel ready for the leap and, at the same time, the teams that have already signed them for the 2021 season preferred to keep them,” said Rivola.

“We respectfully acknowledge their decision.

“We prefer to continue with our riders, rather than choosing solutions that are still open but about which we are not entirely convinced.

“Lorenzo (Savadori) has also shown significant progress in just three races and we know that we can count on Bradley’s professionalism and experience. Aleix will obviously be our top rider.

“The roles of second rider and test rider will be decided at the end of the winter test schedule.”

Smith scored a best result of 12th in the Andalucian GP at Jerez at the start of the year, though the Brit ran well in the top ten during the early stages of the wet French GP at Le Mans before crashing out.

Aprilia then replaced the two-time MotoGP rostrum finisher with Savadori for the final three races of the season as a reward for his title winning campaign in Italian Superbikes this year, though he failed to score after achieving a best finish of 18th in the Valencia GP.

Vettel expects early part of ’21 to have Covid-19 setbacks
Rossi: ‘Emotional’ final race with Yamaha ‘a good story’ despite struggles