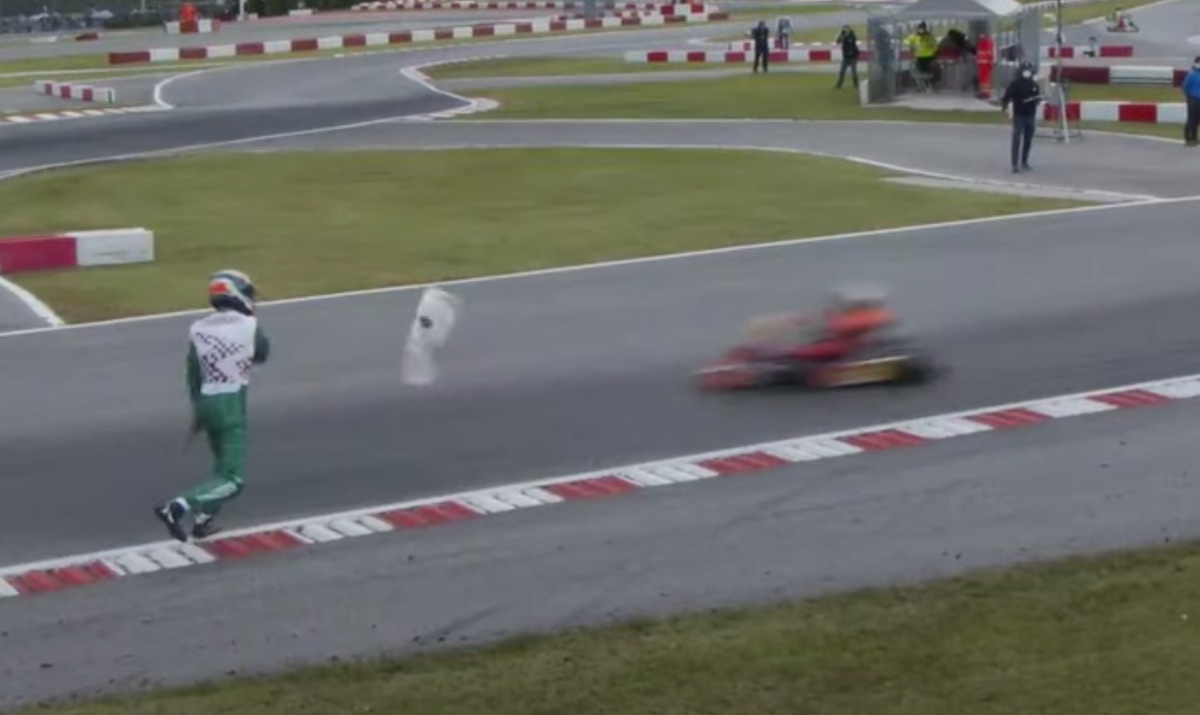 Kart racer Luca Corberi has apologised for his actions at an FIA World Karting Championship event in Lonato, Italy, saying that he will never again compete in motorsport.

Corberi was left enraged by an unseen incident with fellow competitor Paolo Ippolito, and proceeded to throw a piece of bodywork from his crashed kart back onto the live race track into the path of Ippolito and other competitors.

A second confrontation between the drivers occurred in parc ferme where Corberi became involved in a violent altercation with Ippolito and other track personnel.

Both drivers were disqualified from the KZ Championship final with CIK-FIA President Felipe Massa promising ‘consequences‘ over the incident.

Corberi took to his Facebook page on Monday and accepted full responsibility for his actions.

“I’d like to apologise to the motorsport community for what I’ve done,” read the statement.

“There are no excuses to explain why I’ve done such a disgraceful act, this has been something I’ve never done in my 15-year career, and I hope it won’t be seen by anybody else in the future.

“After the race, once I was called by the sporting judges, I asked them to take my licence away because I was fully conscious about my irreparable mistakes, but as they showed me, they don’t have the power for doing it, it’s written in the international rules, so please, don’t be against them, they were just doing their work in the best way they could.

“For this reason, I’ve decided to [not] take part [in] any other motorsport competition for the rest of my life. That’s not self-justice, it’s simply the right thing to do.

“My family has been in karting since 1985, we’ve seen it grow, we’ve seen the best and the worst part of it. This episode will be remembered as one of the worst in our sport and that’s something I’ll never forget.

“I’m not asking any indulgence, because I don’t deserve it. I will agree with the punishments required.

“I’m writing today to say sorry – even if it’s not enough, because, after all the bad things that happened during this event, the worst ever has been done by me, a guy who loves this sport and after the worst day of his life will still remember his good racing memories. Thank you.”