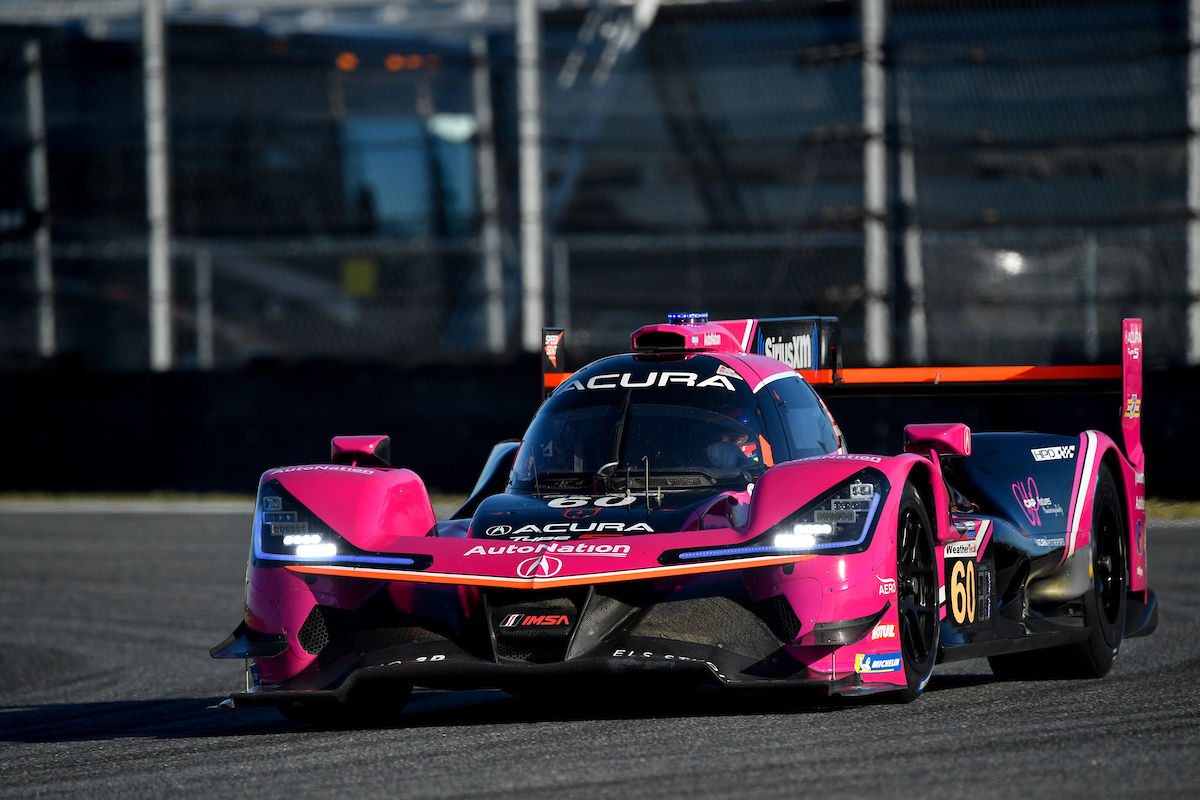 AJ Allmendinger has set the fastest time in the second free practice session for the Rolex 24 at Daytona.

Allmendinger set a 01:34.287 behind the wheel of the #60 Meyer Shank Racing Acura ARX-05. It marks the first time one of the Acura teams has topped a session in 2021, and the first fastest time for Meyer Shank Racing since returning to the top class of the IMSA WeatherTech Sportscar Championship.

Kamui Kobayashi was second fastest in the #48 Ally Cadillac Racing Cadillac DPi-VR, 0.232s behind Allmendinger. The Japanese ace pipped the #01 Chip Ganassi Racing Cadillac of Scott Dixon for second at the last moment, demoting Dixon down to third.

Sebastien Bourdais was fourth in the #5 Mustang Sampling Cadillac DPi-VR, with the top five completed by the #55 Mazda RT24-P in the hands of Jonathan Bomarito.

Mikkel Jensen put PR1/Mathiasen Motorsports on top in LMP2, lapping Daytona International Speedway in a time of 01:35:979 behind the wheel of the #52 ORECA 07-Gibson. Jensen beat out Matthieu Vaxiviere’s #8 Tower Motorsport ORECA, with Robert Kubica third in the #20 High Class Racing ORECA.

GTLM runners outperformed almost all of the LMP3 teams in the second session, with the notable exception of Riley Motorsports’ Dylan Murry. Murry’s best time of 01:43:175 in the #91 Ligier JS P320 was quicker than the pair of BMW M8 GTEs, while also beating out team-mate Scott Andrews in the #74 Ligier by 0.395s.

In GTLM, Gianmaria Bruni propelled WeatherTech Racing to the top of the timesheets. The WEC regular posted a 1:42.600 in the #79 Porsche 911 RSR-19, 0.154s faster than Risi Competizione’s James Calado and ahead of the two Corvettes of Antonio Garcia and Milner.

Mirko Bortolotti put GRT Grasser Racing Team on top in GTD, as the Italian posted a best time of 01:45.690 in the #111 Lamborghini Huracan GT3 Evo.

Practice for the Rolex 24 at Daytona continues with a night session at 7:15 PM ET.