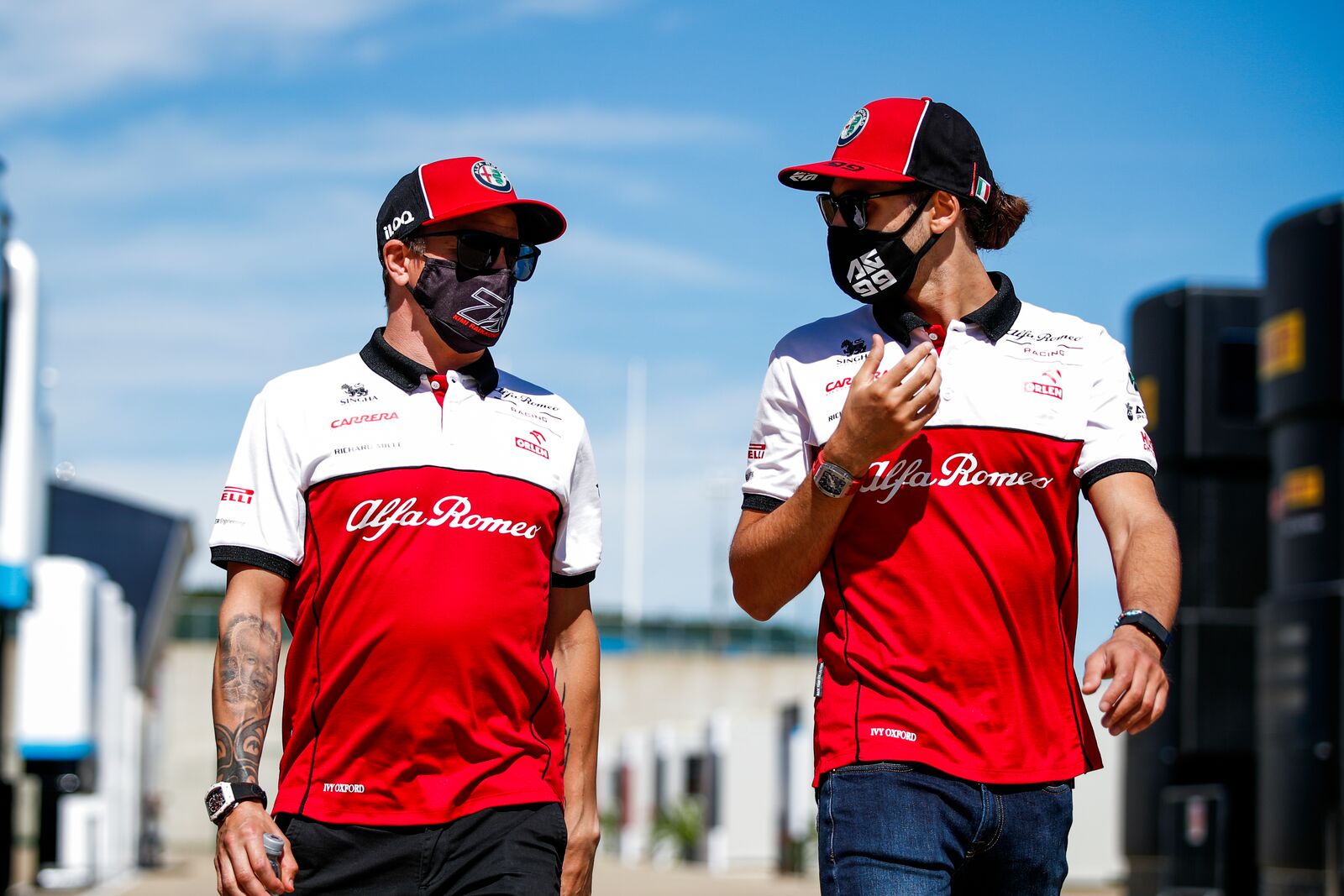 Alfa Romeo will field Kimi Raikkonen and Antonio Giovinazzi for a third straight year after confirming an unchanged driver line-up for the 2021 Formula 1 campaign.

Raikkonen completed his rookie season with the squad in 2001, under its Sauber name, before spells at McLaren, Ferrari and Lotus.

The 2007 World Champion, 41, has taken 21 race victories, putting him behind only Lewis Hamilton and Sebastian Vettel among the current drivers.

Long-time Ferrari reserve Giovinazzi has started all 35 of his grands prix with the outfit, stepping up full-time in 2019 in place of Charles Leclerc, having entered two 2017 rounds as a substitute.

Alfa Romeo retaining its line-up for 2021 ostensibly paves the way for Ferrari protégé Mick Schumacher – who had been linked with the team – to join Haas.

“I am very pleased for the team to continue working with Kimi and Antonio for another season,” said Alfa Romeo team boss Frederic Vasseur.

“Kimi is a driver who needs no introduction: his talent has been clear to everyone since 2001 and I still see the passion and motivation in him every time I see him at work.

“He can be trusted to deliver 100 per cent of what the car can produce and he is a true leader for the people working around him.

“Antonio finished last year’s campaign strongly and he picked up where he left off and kept improving throughout 2020.

“From the track to the engineering briefings, Antonio has played a crucial role for our team and he has thoroughly deserved a new contract for 2021. His work ethic, commitment to the team and contagious enthusiasm are a huge asset for Alfa Romeo Racing.”