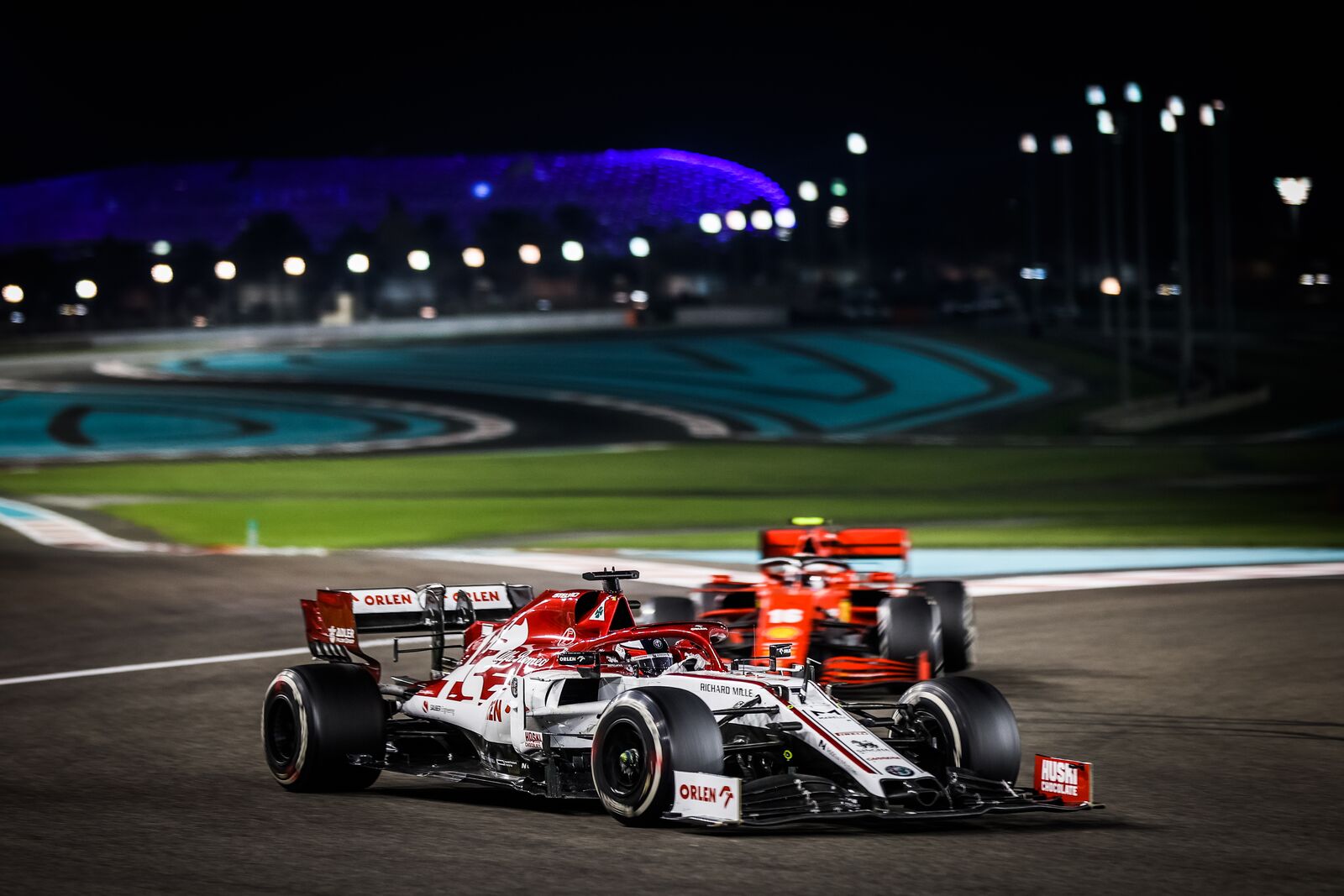 Alfa Romeo boss Frederic Vasseur says Kimi Raikkonen’s result at the season-ending Abu Dhabi Grand Prix underlines the gains the team has made through the 2020 campaign.

Alfa Romeo was among the backmarkers for much of the year, classifying eighth in the standings, scoring only eight points, its lowliest return since 2017.

But after starting the campaign with the slowest one-lap package Alfa Romeo made gains to lift itself off the back of the grid.

Raikkonen classified 12th in Abu Dhabi, ahead of Ferrari duo Charles Leclerc and Sebastian Vettel, and clear of the Williams and Haas drivers.

“We finish the season with a positive performance throughout the weekend,” said Vasseur.

“We had one car in Q2, we were on the pace with some of the cars who finished ahead of us and we crossed the line as the fastest car with a Ferrari engine, keeping Leclerc and Vettel behind us.

“We got all we could out of the race and it was a good performance from everyone in the team: it shows what a big improvement we have made compared to where we started the year.

“It hasn’t been an easy campaign, with so many races in so little time being a big factor on the team personnel’s conditions and making it really hard to work on the development of the car, a process that would normally be spread over nine months.

“We did make good steps forward, which is testament to all the good work made both in Hinwil and at the track, and hopefully we will be able to carry this momentum into the winter and the new season.”

On his race, Raikkonen said: “I think here everything worked as it should but we’re still a bit too slow.

“We were surprisingly close to the points, they were close, I could see them pretty much all the time, so we did what we could.”

Raikkonen and Antonio Giovinazzi will continue to form Alfa Romeo’s line-up in 2021.