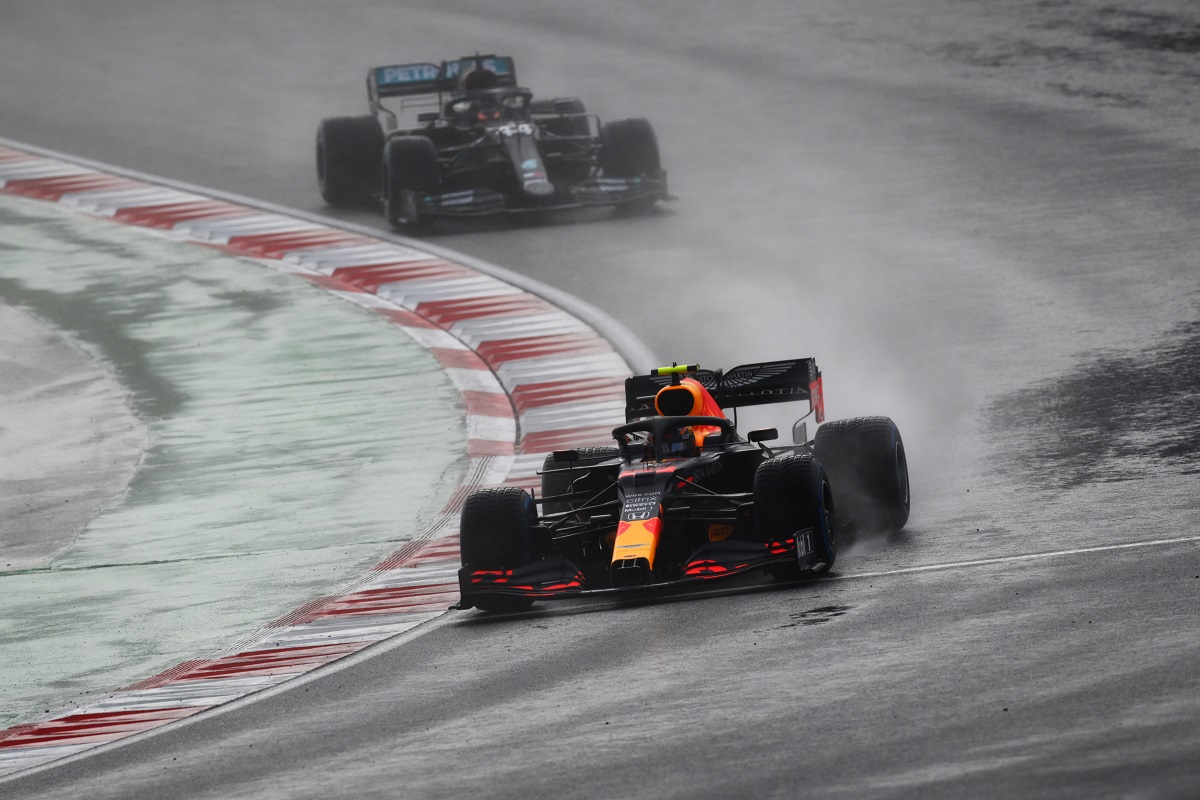 Red Bull’s Alexander Albon believes he now has a more predictable car underneath him after making progress during the Turkish Grand Prix weekend.

Albon qualified fourth on the grid, which matched his best result of the year, and was in contention for a podium finish before a spin in slippery conditions impacted his race, relegating him to seventh.

After struggling throughout much of the 2020 campaign, Albon is under pressure to keep his seat for 2021 amid rumours that the experience of Sergio Perez or Nico Hulkenberg could usurp his spot within the team.

Following last weekend’s event in Istanbul, Albon says he is happier with the car’s predictability, having had a burdensome relationship with the RB16’s rear end this year.

“It was a good weekend for me and we tried some things on my car which we think made it more predictable,” Albon reflected.

“As a team we were also very strong and considering how well we started the weekend, it is a little frustrating to come away with so little but there are a lot of positives to take from Turkey.”

With two rounds in Bahrain and the season finale in Abu Dhabi approaching, Albon said: “Turkey was a strong weekend and I’m confident we’re headed in the right direction.

“On my side things have been getting better and I was happy with the car on the simulator so now I’m looking forward to arriving in Bahrain and seeing what we’ve got.”

Red Bull is on course to secure second in the Constructors’ Championship for the first time since 2016, sitting 86 points in front of Racing Point.