Albon left ‘confused’ by gap to Verstappen at Sochi 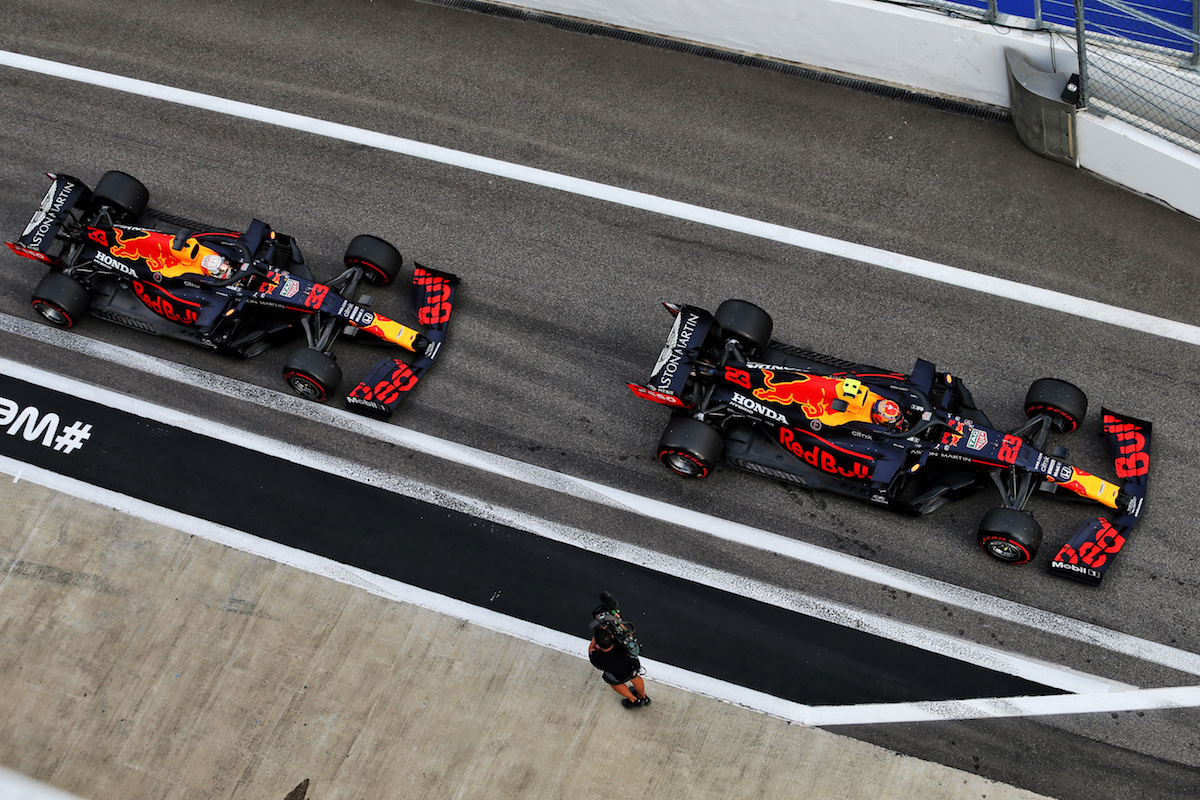 Red Bull’s Alexander Albon admitted he is at a loss to explain the large gap in performance between himself and team-mate Max Verstappen during qualifying for Formula 1’s Russian Grand Prix.

Albon ended the session in 10th position, 1.2 second down on Verstappen, who secured a front-row starting position.

The Thai-British driver, who secured his first career podium at Mugello two weeks ago, says there are no obvious explanations for his result.

“It didn’t feel terrible in Q1 and Q2, and it just seemed like people around made a jump,” said Albon, who has yet to beat Verstappen in qualifying trim this season.

“I didn’t really have it, didn’t feel like I had much left to be honest. A bit of head scratching going because the laps didn’t feel terrible.

“Of course, there are still a couple of tenths to find here and there, but obviously the gap is quite big. So a bit confusing and some work to do.”

Albon confirmed that he was running slightly more downforce than Verstappen, but noticed the Dutchman received a tow from Mercedes’ Valtteri Bottas on his final hot lap into Turn 2.

As he aims to climb his way through the field on Sunday, Albon predicts the strategy will be a one-stop for all cars, but recognises the challenge of getting the Soft compound to last deep into the grand prix.

“[The] Soft is going to be quite hard in the race I imagine,” Albon said. “I’m pretty sure everyone will one-stop.

“It just makes the soft that much harder to try and make it to last in the first stint.”

Verstappen managed to advance into Q2 on the Medium compound, allowing him to potentially go deeper in the race in his fight against the Mercedes duo.