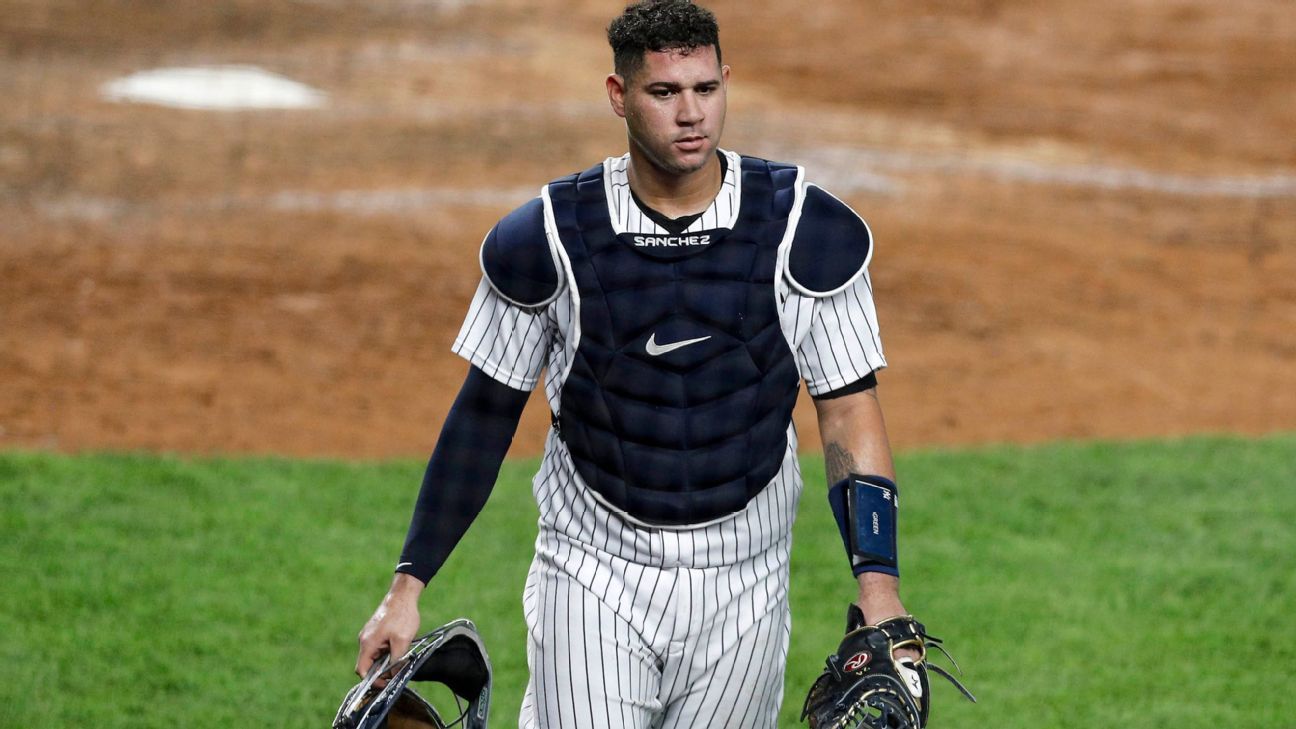 SAN DIEGO — Slumping catcher Gary Sanchez was benched by the Yankees for the third time in four games, with New York facing elimination from the postseason in Game 4 of the AL Division Series against Tampa Bay.

Kyle Higashioka was behind the plate to catch left-hander Jordan Montgomery on Thursday night. Higashioka, batting ninth, entered 2 for 7 in the series with a solo homer in New York’s Game 1 win and 3 for 12 with one RBI in the postseason.

Sanchez, a 27-year-old who is a two-time All-Star, hit .147 this season, which would have been lowest in the majors by far if he had enough at-bats to qualify. He was 0 for 4 with three strikeouts in Game 2, dropping to 1 for 9 in the postseason.

“Another close call for me. It comes down to more Kyle earning these opportunities,” Yankees manager Aaron Boone said. “Feel like he’s providing enough for us offensively and doing a great job behind the plate. Honestly felt like I could have gone with Gary, as well, and would have felt good about that. But in the end after just contemplating it, talking with some coaches a little bit, felt like this was the way I want to go today.”

Higashioka caught ace Gerrit Cole in the opener as the Yankees won 9-3 and Masahiro Tanaka in Game 3 as New York lost 8-4.

Higashioka hit .250 with four homers and 10 RBI in 48 at-bats during the regular season and is a better defender than Sanchez.

Boone said he did not speak with Sanchez about the decision before announcing it. He still views Sanchez as an important component.

“If we’re going to go on and win a world’s championship, Gary’s going to play a big role and have a big moment or a big at-bat or a big performance behind the plate for us,” Boone said. “And I view that as as the case moving forward, if and when we’re able to advance.”