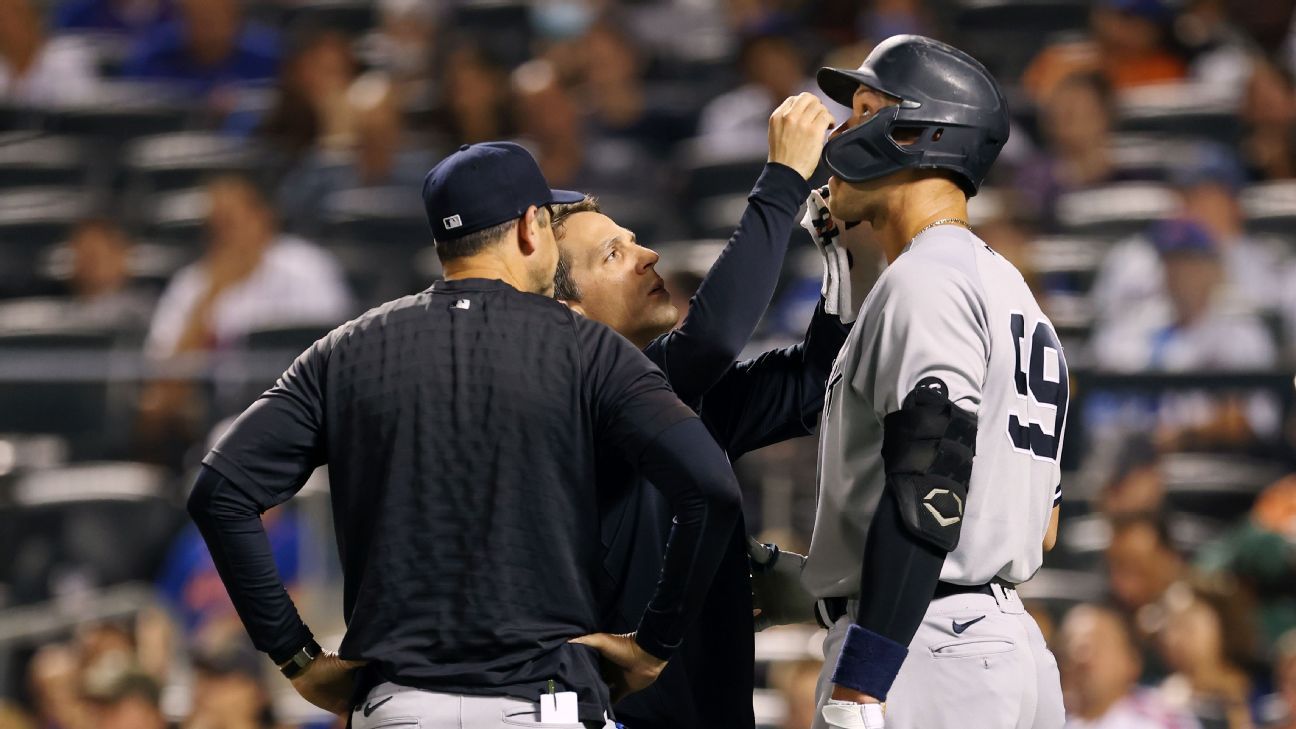 NEW YORK — Yankees slugger Aaron Judge left Sunday night’s 7-6 loss to the New York Mets in the middle of the third inning after feeling some dizziness during his first at-bat, according to manager Aaron Boone.

“Hopefully, it’s something that subsides here over the next little bit and [we] get him back in there tomorrow,” Boone said during the game.

Judge needed assistance from an athletic trainer while batting in the first inning, appearing to have trouble with a contact lens. He struck out in the first and third innings against Carlos Carrasco, dropping to 0-for-8 with eight strikeouts against him.

Judge was replaced by Brett Gardner in center field in the bottom of the third.

A three-time All-Star, Judge has been the Yankees’ top hitter this season. He is batting .293 with 32 homers and 79 RBIs.

Information from the Associated Press was used in this story.