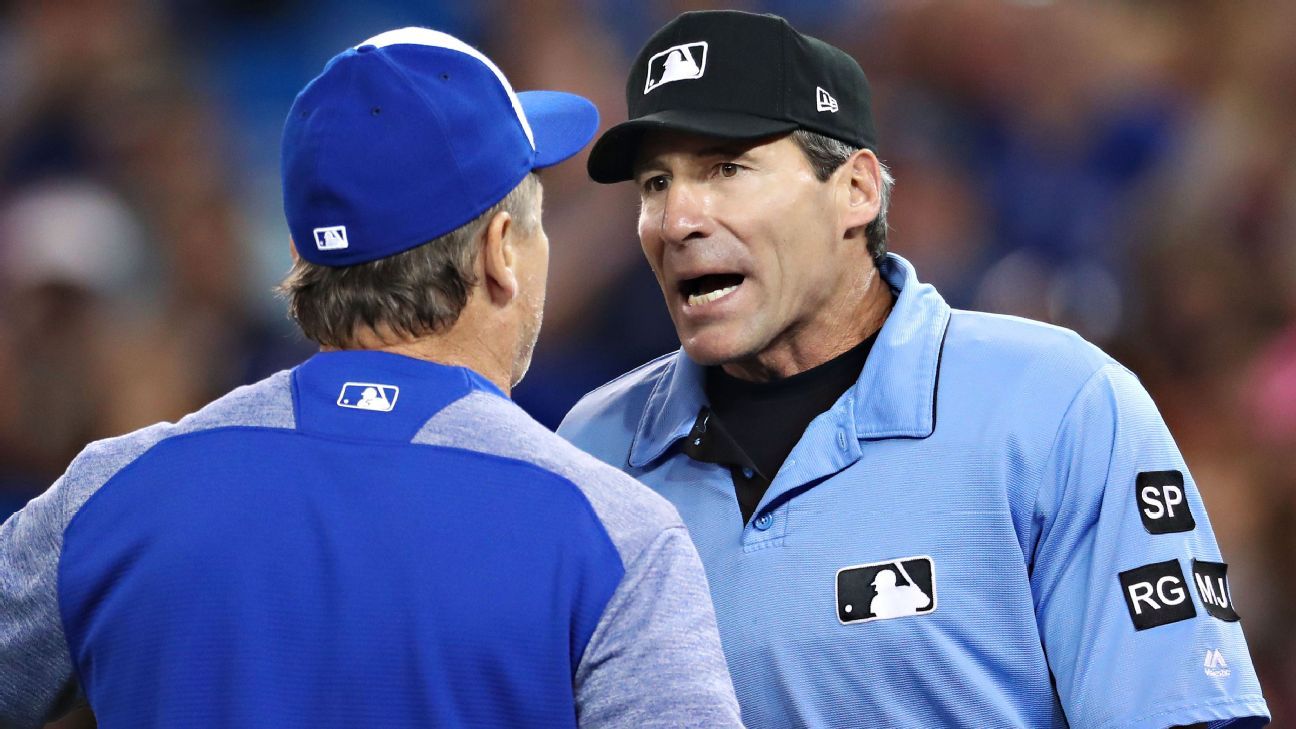 The Cuba-born Hernandez sued in July 2017, claiming he hadn’t been assigned to the World Series since 2005 and hadn’t been promoted to lead a crew. The case is undergoing pretrial motions in U.S. District Court in Manhattan.

Hernandez was made an interim crew chief this season after a dozen umps decided to sit out amid the coronavirus pandemic. During a Boston–New York American League Division Series game in 2018, Hernandez had three calls at first base reversed after replay reviews.

Division series umpires are eligible for selection to the World Series.

Adam Hamari, Brian Knight, D.J. Reyburn and Carlos Torres will be the replay umpires at the commissioner’s office in New York.