Tributes to a legend: Baseball world and beyond honors Aaron 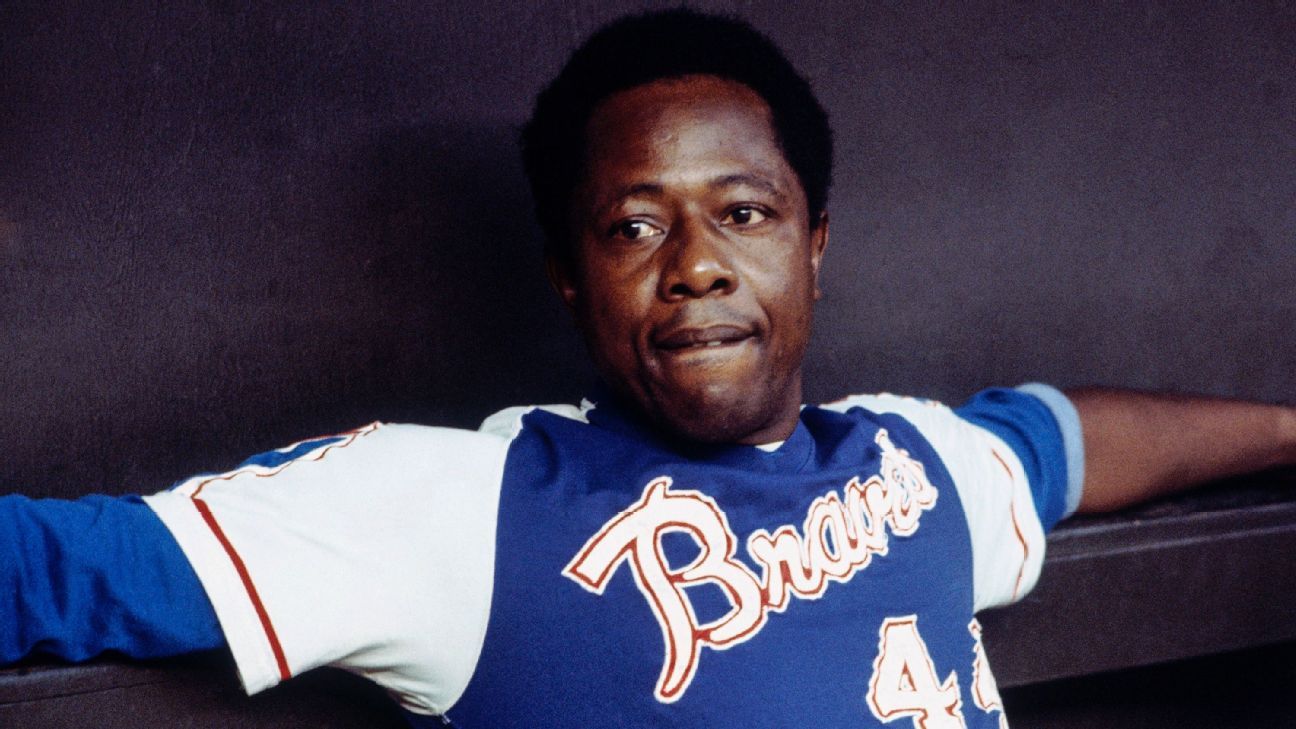 The importance of Hank Aaron to baseball — and to American culture — is unmistakable. The Hall of Famer and longtime MLB home run king was a symbol of greatness on the field and dignity off it, facing death threats as a Black man approaching and then breaking Babe Ruth’s hallowed home run mark with the Atlanta Braves in 1974.

His death on Friday morning, at age 86, reverberated beyond sports. Here are some of the many tributes to Hammerin’ Hank on social media, from current and former big leaguers to civil rights leaders and other luminaries.

Hank Aaron was one of the best baseball players we’ve ever seen and one of the strongest people I’ve ever met. Michelle and I send our thoughts and prayers to the Aaron family and everyone who was inspired by this unassuming man and his towering example. pic.twitter.com/2RZdc82Y18

We will miss you.

Your leadership. Your grace.
Your generosity. Your love.

Rest in Peace to American hero, icon, and Hall of Famer Hank Aaron. I still remember where I was back in the day when he set the record, at that time, to become the home run all time leader. While a legendary athlete, Hank Aaron was also an extraordinary businessman…

America lost an extraordinary soul in @HenryLouisAaron. On the field, he brought power + purpose. In the community, Hank Aaron invested in progress, in people & in dreams. May his wife, Billye, his family and friends find peace in their sorrow, knowing how deeply he was loved. pic.twitter.com/TlFNuG9x0a

Heartbroken to see another true friend & pioneer has passed away. @HenryLouisAaron was so much better than his reputation! His contributions were much more than just baseball. Jeannine & I send our ?? & deepest condolences to his wife & kids. #RIPHammeringHank #RIP @MLB @Braves pic.twitter.com/ONO49xEOKQ

Saddened to say today I lost one of my heroes, Henry Aaron. I was so Happy when I saw a man of color break the home run record. A great man both on and off the field. I send my love to the Aaron family. pic.twitter.com/2yXVjdn4X4

While the world knew him as ‘Hammering Hank Aaron’ because of his incredible, record-setting baseball career, he was a cornerstone of our village, graciously and freely joining Mrs. Aaron in giving their presence and resources toward making our city a better place. pic.twitter.com/hO7nkIYvVD

Hank Aaron was not only a home run king, but a king of justice. In the face of racism and vitriol, he broke through barriers with grace on his way to becoming one of the greatest baseball players of all-time. We’ve lost a true trailblazer and American icon.

May he rest in peace. https://t.co/HXD5bqGbnm

A slugger has rounded the bases for the last time. Hank Aaron was a trailblazer and a hero who had to stare down hatred. He was also one of the best ballplayers to ever play the game. He was a joy to watch and a marvel to behold. May he Rest In Peace.

I met the hammer in 1984 was a better person than a baseball player r.i.p my friend pic.twitter.com/URNPdHTzoX

All I can tell you at this moment is besides our friendship #America ⁦@MLB_PLAYERS⁩ ⁦@NLBMuseumKC⁩ @MLB⁩ will miss ⁦@HenryLouisAaron⁩ ⁦#admiration #respect for his impact on society. I was always honored to spend time with Hank pic.twitter.com/dPrvFfhZzY

Hank Aaron, my childhood baseball hero, has gone home. Watching him break Babe Ruth’s record for most home runs on television was a monumental moment. As a young black child, he inspired me to push for excellence. Rest easy Sir. pic.twitter.com/frco9tTIdV

A legend on and off the ball field… the best to ever do it… RIP Mr Hank Aaron ?? #44 pic.twitter.com/3LH6iB9auV

Hank… my dad and Grandfather raved about you. Thanks for changing the game of baseball… but more importantly thanks for bringing America together through love in a time of such great hate.

I’m speechless! RIP to the greatest of all time Mr. Hank Aaron!! I’m just stunned. Hank was the standard of greatness for me. The one man who I acted like a kid around star struck always! He was the definition of class! God Bless you and your family!! #HRKing#HammeringHank????

I can’t imagine what Hank Aaron went through in his lifetime. He had every right to be angry or militant…..but never was! He spread his grace on everything and every one he came in contact with. Epitome of class and integrity. RIP Henry Aaron! #HammerinHank

Nancy and I pass our condolences to all of Hank’s family today. So saddened to hear the news of Hank’s passing. There was a certain spirit, even a reverence, when in Hank Aaron’s presence that you could feel. Grace, strength, integrity. We were blessed to have known him. @Braves

You were and are an inspiration to be a better person on and off the field. We lost a true LEGEND of the game today… #RIPHankAaron ?? pic.twitter.com/zMF7olu8QB

Yooooooooooo????????????RIP to one of the greatest baseball players and human beings ever. Wow I’m floored but privileged to have been in Mr. Aarons presence!! Just wow. https://t.co/2Q87MzDVB1

R.I.P legend. Thank you for paving the way for us✊? https://t.co/mQrQSnbH3O

Gibson, Ford, Brock, Seaver, Kaline, Morgan, Niekro, Lasorda, Sutton and now Hammerin Hank. We’ve lost some of the greatest to ever do it this year. @TommyLasorda is gonna have a hell of a roster to manage up there. #RIPLegends