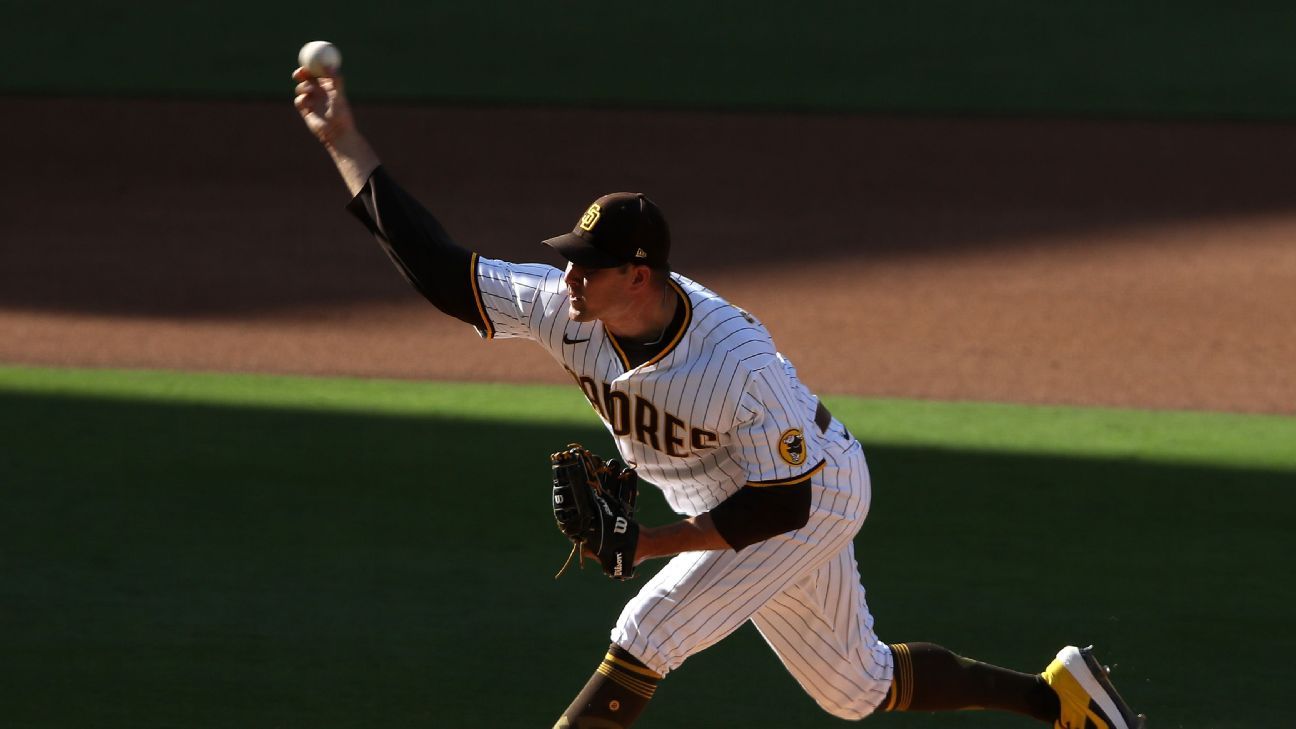 SAN DIEGO — Reliever Craig Stammen started for the San Diego Padres in the decisive Game 3 of the National League Wild Card Series against the St. Louis Cardinals on Friday night.

The Padres were forced to go with a bullpen game because starters Mike Clevinger and Dinelson Lamet were left off the wild-card series roster with arm injuries that forced them out of their final regular-season starts.

Manager Jayce Tingler said the Padres tapped Stammen, 36, because he wasn’t one of the nine pitchers they used in a thrilling 11-9 win Thursday night. Stammen threw 26 pitches in a scoreless inning in the Padres’ 7-4 loss in Game 1. Tingler said Zach Davies, who started Game 2, and Chris Paddack, who was roughed up in losing Game 1, will be available for Game 3.

San Diego rallied Thursday night behind Fernando Tatis Jr. and Wil Myers, who each hit two home runs. They became the first teammates to hit multiple homers in the same postseason game since Babe Ruth and Lou Gehrig of the New York Yankees did it in Game 3 of the 1932 World Series, exactly 88 years ago Thursday night. That included Ruth’s famed “called shot.”

Stammen had a seesaw regular season, going 4-2 with a 5.63 ERA in 24 appearances. He hasn’t started since 2010, when 19 of his 35 appearances for the Washington Nationals were starts.