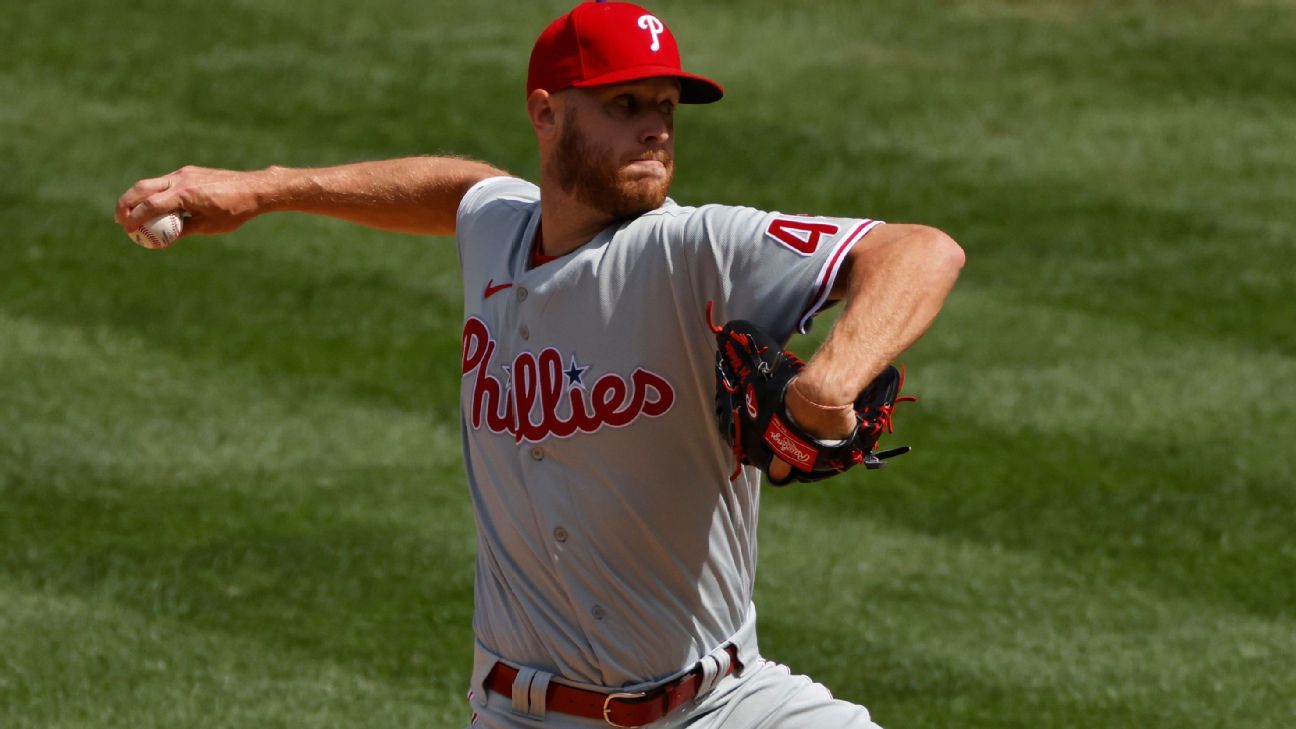 The managing general partner of the Philadelphia Phillies said Sunday afternoon that the team will not trade starting pitcher Zack Wheeler under any circumstances.

“If they offered me Babe Ruth, I wouldn’t trade him,” John Middleton said angrily in a phone conversation, adding Ted Williams and Mike Schmidt to Ruth’s name for good measure. “I have authorized no one to have a conversation about trading him.”

According to high-ranking executives from other teams, the Phillies communicated to others in the business that they are facing tough financial decisions and are open to offers for Wheeler, their second-most expensive player.

“They’re lying to you,” Middleton said, flatly denying that the Phillies are open to dealing Wheeler.

Slugger Bryce Harper is the team’s highest-paid player after signing a 13-year, $330 million deal before the 2019 season. Wheeler is a one year into the five-year, $118 million deal he signed with the Phillies last winter, as Philadelphia looked to progress beyond a frustrating 81-81 season in 2019.

Wheeler, 30, pitched well for the Phillies in the truncated 2020 season, posting a 2.92 ERA in 11 starts, but as with a lot of professional franchises, much has changed for the team during the coronavirus pandemic. Middleton indicated Sunday afternoon that the franchise will likely lose in excess of $100 million.

Following the summer of games played without fans in the stands, the Phillies recently became the latest team to execute front-office layoffs, reportedly letting go of 80 employees. Middleton noted that there has been a $100 million injection of capital into the team’s operations to strengthen its financial position.

The Phillies are seemingly at a crossroads, having demoted general manager Matt Klentak in the first days of October. Since then, they have been in a deliberate search for someone to oversee the team’s baseball operations department. Former Arizona Diamondbacks general manager Josh Byrnes is among the names being discussed.

The Atlanta Braves have won the National League East the past three seasons and have already completed a lot of their winter work by quickly signing free-agent pitchers Drew Smyly and Charlie Morton. The New York Mets signed top reliever Trevor May, are in talks with catcher James McCann and are expected to pursue outfielder George Springer and Cy Young Award winner Trevor Bauer. The Miami Marlins made the playoffs last season. The Washington Nationals won the World Series in MLB’s last full season in 2019.

The Phillies, on the other hand, have not been in the playoffs since 2011, the franchise’s last season with a winning record. Wheeler was signed to pair with Aaron Nola as stars at the front of the Philadelphia rotation, and last spring there was an expectation that the Phillies would work to re-sign catcher J.T. Realmuto.

But as the pandemic struck the United States in March, the talks with Realmuto stalled. Harper has been vocal in his hope that the Phillies would re-sign Realmuto.

The Phillies had a historically bad bullpen last season, and any trade of Wheeler would create need. With a lot of the best starting pitchers already off the board, there undoubtedly would be some interest in Wheeler. The Toronto Blue Jays, Los Angeles Angels and Mets are among the teams looking for starting pitching.

But Middleton stated unequivocally, and vehemently, that Wheeler would not be traded.