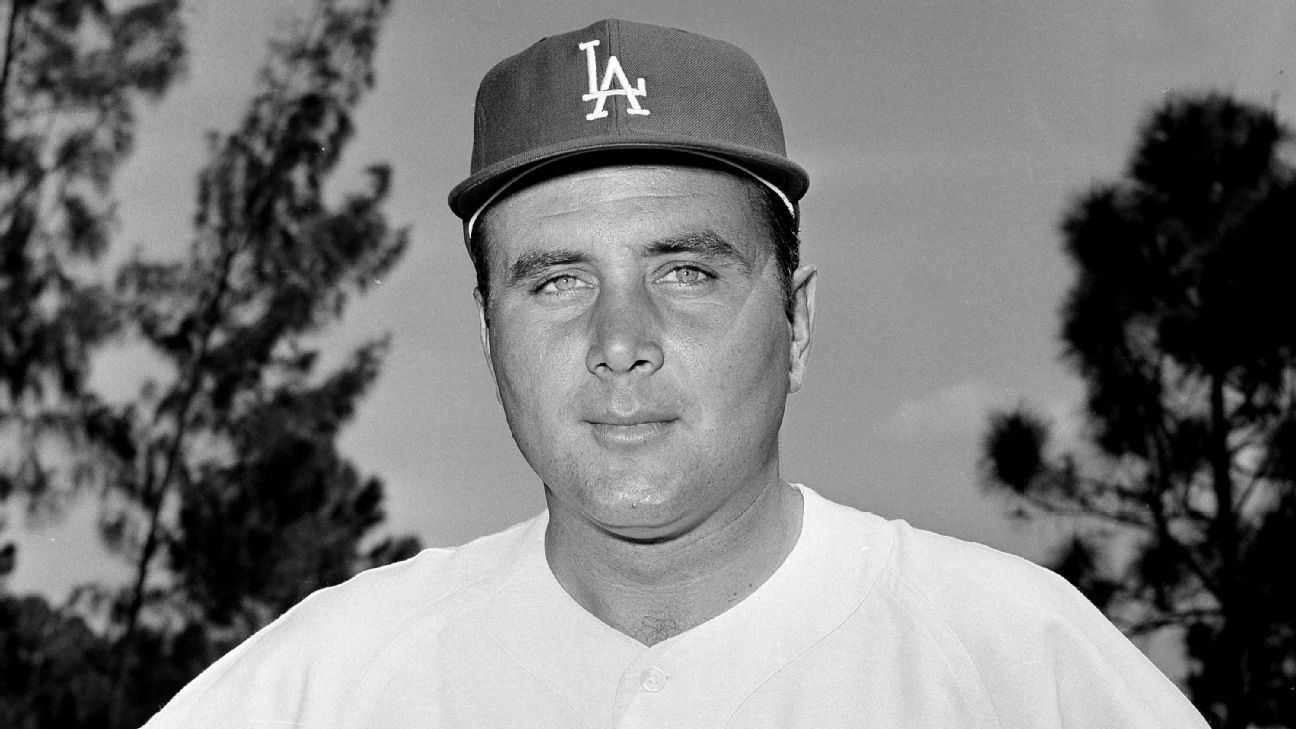 LOS ANGELES — Ron Perranoski, the left-handed ace of the Los Angeles Dodgers‘ bullpen who helped them win a pair of World Series championships in the 1960s, has died. He was 84.

He died Friday night at his home in Vero Beach, Florida, of complications from a long illness, his sister Pat Zailo told The Associated Press on Saturday.

Perranoski is the third former Dodgers player to die in a week, along with outfielders Jay Johnstone and “Sweet” Lou Johnson, a teammate of Perranoski’s from 1965 to 1967.

Perranoski played in the major leagues from 1961 to 1973 for the Dodgers, Minnesota Twins, Detroit Tigers and California Angels. He had a career record of 79-74 with 178 saves and a 2.79 ERA.

Perranoski’s best year with the Dodgers came in 1963, when he won 16-3 as a full-time reliever and earned a save in relief of Johnny Podres in Game 2 of the World Series against the Yankees. He had 21 saves to go with a 1.67 ERA. The Dodgers swept the Yankees in four games.

In the 1965 World Series, Perranoski made two relief appearances and the Dodgers won the championship over the Minnesota Twins, with Johnson hitting two homers, including the game winner in Game 7.

“Ron Perranoski played a major role in the success of the Dodgers as a great reliever and a mentor to many great young pitchers over his 30-year career in the organization,” team president and CEO Stan Kasten said.

Following his career, Perranoski served as the Dodgers’ minor league pitching coordinator from 1973 to 1980. He was their pitching coach from 1981 to 1994 and was instrumental in the success of Orel Hershiser and Fernando Valenzuela.

Perranoski joined the San Francisco Giants as minor league pitching coordinator in 1995, was promoted to bench coach in 1997 and then to pitching coach from 1998 to 1999. The following year he became a special assistant to then-general manager Brian Sabean.

“He was a ballplayer and he loved that life, he thrived on it,” Perranoski’s sister said.

He was born Ronald Peter Perranoski on April 1, 1936, in Paterson, New Jersey, and grew up in Fair Lawn. In 1983, he was inducted into the National Polish-American Sports Hall of Fame.

“He was a fixture in that town and almost everyone knows him,” his sister said. “He would love it when people would come up to him and say, ‘Can you sign this card?’ and then the stories would start. No one could tell stories like he could. He was just the person that everybody wanted to be friends with.”

Besides his sister, he is survived by sons Ron, Brad and Michael, and four grandchildren.

A memorial service will be held later.

Phillies GM Klentak steps down; to be reassigned
Breaking down all the bad blood in the four division series