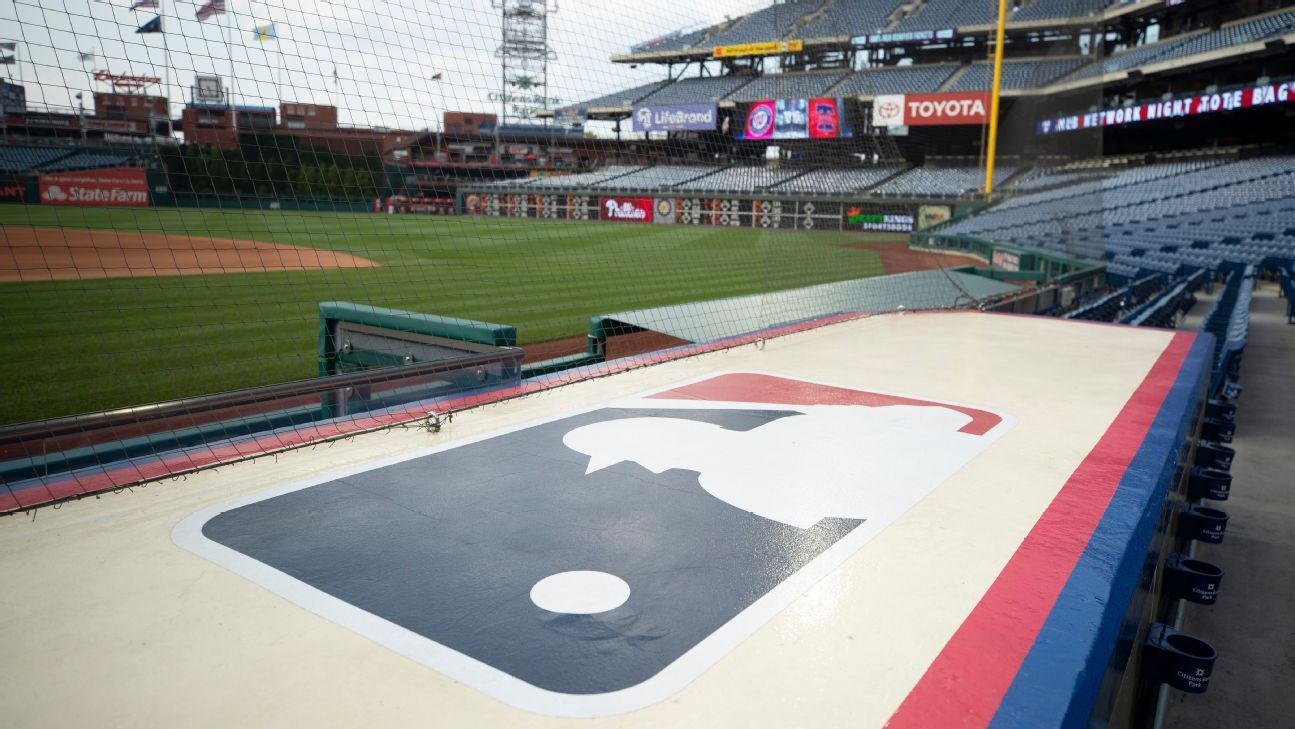 The postponement came one day after Nationals star Trea Turner exited the game against Philadelphia in the first inning following his positive test for the virus.

Washington manager Dave Martinez said Turner was among four players who tested positive. He didn’t identify the others.

“I’m just worried about the guys, I really am,” Martinez said. “It’s been a tough go; this doesn’t make it any easier.”

“I encourage people to get vaccinated,” Martinez said. “It does help. I’m seeing it firsthand. It’s basically a small head cold, but they’re doing fine.”

Sources told ESPN’s Jeff Passan that a number of the breakthrough cases came from those given the single-shot Johnson & Johnson vaccine.

The Nationals-Phillies matchup was scheduled to be made up as part of a straight doubleheader on Thursday starting at 12:05 p.m. ET.

Martinez is planning as if those games will be played on Thursday, but he indicated that everyone who tested negative on Wednesday will have another round of tests for confirmation. At best, Washington will be calling up several players from Triple-A Rochester to be able to field a full roster on Thursday.

Washington left-hander Patrick Corbin was scheduled to pitch Wednesday night’s contest, and right-hander Max Scherzer was slated to take the mound in the finale of the four-game series on Thursday afternoon. Martinez said he’s not sure who will pitch Thursday, if the games are played as scheduled.

“I haven’t even thought about who’s going to pitch,” he said. “My concern is the health of everybody. Hopefully no one else will test positive.”

This was the ninth MLB game called off this year because of coronavirus concerns. Most recently, the July 15 Yankees–Red Sox game was postponed due to virus concerns.

The Nationals had their season-opening series at home against the New York Mets called off after four players tested positive. Washington right-hander Erick Fedde tested positive in May. Fedde is vaccinated.

Also in May, the Nationals reached the 85 percent vaccination threshold, which let some of MLB’s coronavirus protocols to be relaxed.

MLB announced the Nationals-Phillies postponement about 90 minutes before the game was set to begin at Citizens Bank Park, and said the time would allow for “continued testing and contact tracing involving members of the Nationals organization.”

There were 45 MLB games postponed because of the virus last year during the pandemic-shortened season. All but two of them were eventually made up.