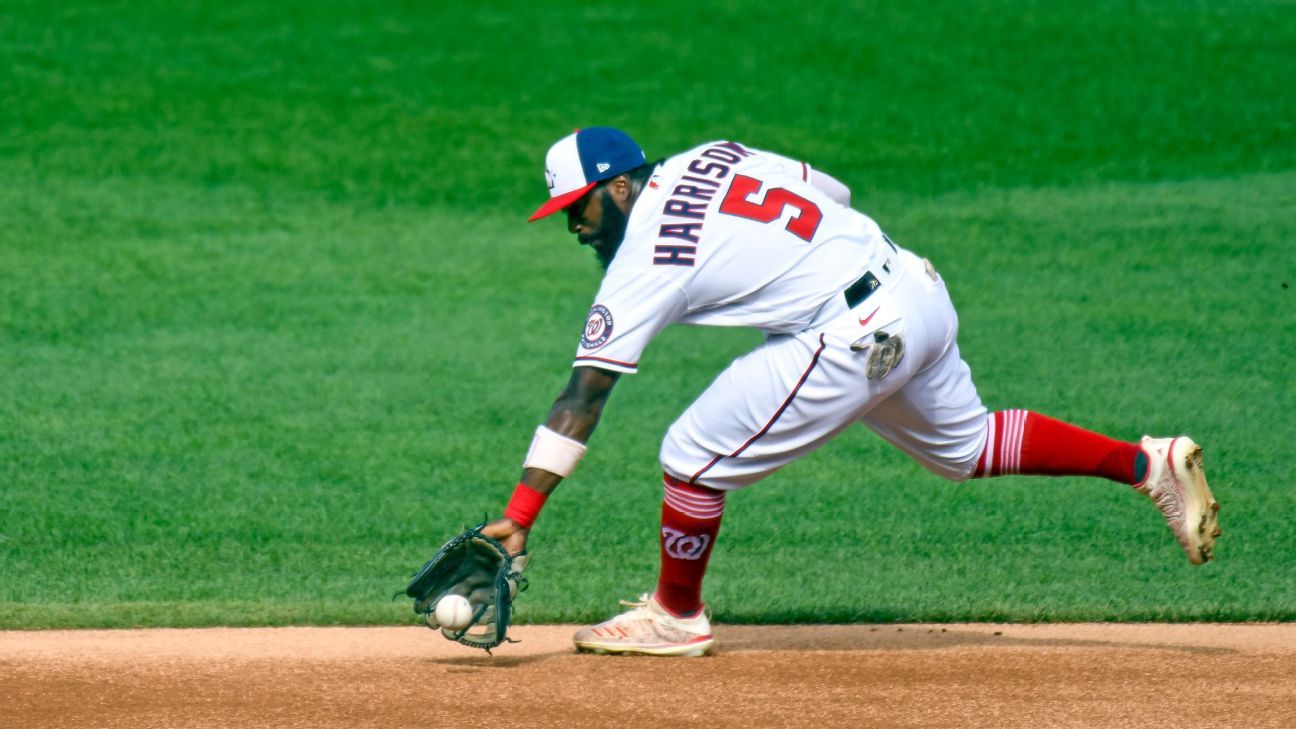 The Washington Nationals have agreed to terms with utility player Josh Harrison on a one-year, $1 million contract, the team announced Thursday.

Harrison spent the 2020 season with the Nationals after signing with them in July, less than a week after he was released by the Philadelphia Phillies. The 33-year-old hit .278 with two doubles, three home runs, 14 RBIs, six walks and 11 runs scored for Washington. He hit .309 as a starter.

Harrison, a right-handed hitter, is a two-time All-Star who has started games at second base, third base, shortstop, designated hitter and both corner outfield spots during his 10 years in the majors.

He played eight seasons for the Pittsburgh Pirates before joining the Detroit Tigers in 2019 and has compiled a career .273 batting average with 56 homers, 291 RBIs and 384 runs. He was a National League All-Star in 2014 and 2017 for Pittsburgh. But Harrison hit .175 with one homer in 36 games for the Tigers last year before getting released in August 2019.

He had signed a minor league contract with the Phillies in November before they let him go in July.

How valuable is Mookie Betts? 25 ways he has made the Dodgers even better
Kiermaier ‘surprised … upset’ at Gold Glove snub