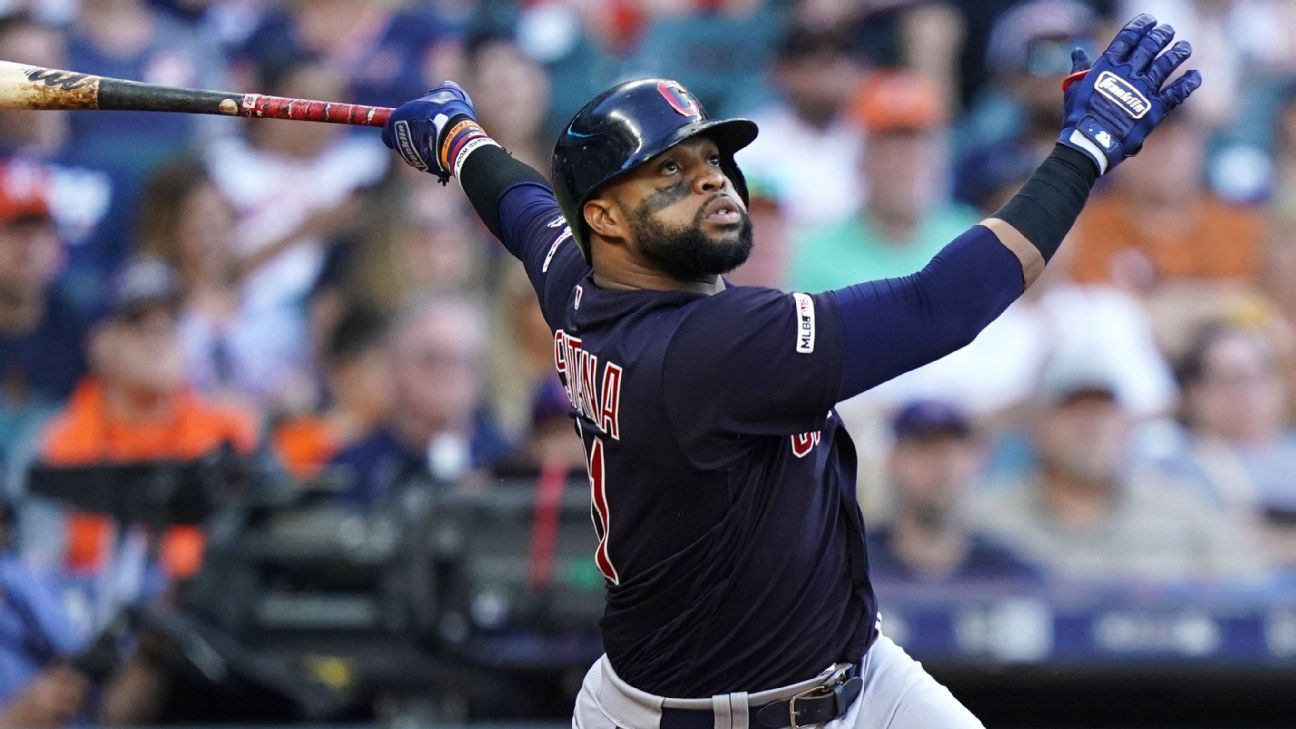 CLEVELAND — Brad Hand‘s solid season didn’t earn him another one with the Indians.

The club did exercise its $5.5 million option for catcher Roberto Perez, who has been exemplary in handling one of the American League’s best pitching staffs.

Cleveland previewed the Hand decision on Thursday, when the club placed him on outright waivers, hoping another team might claim him so the Indians would avoid the buyout. The 30-year-old Hand led the majors with 16 saves; but after they were unable to find a trade partner, the Indians decided to move on without the left-hander.

“With Brad, it was a really difficult decision,” said Chris Antonetti, the team’s president of baseball operations. “He’s been such a critical part of our team for the last few seasons. He did an extraordinary job in his role as a closer and also was a leader in the clubhouse, specifically within the bullpen group.

“In the end, we did take some time to explore the trade market for Brad and weren’t able to find a fit for him. Again, a very difficult decision.”

Antonetti had pointed toward the moves and a substantial cut in payroll earlier this month due to the team’s financial hit caused by the COVID-19 pandemic. MLB teams were not permitted to have fans at game in 2020.

There could be other, bigger moves this winter as the Indians consider trading All-Star shortstop Francisco Lindor before his final season under contract. Antonetti isn’t sure what’s ahead at this point.

“It’s very early to tell, and I’m not sure it makes a whole lot of sense to forecast things,” he said. “What we’ve been focused on are the decisions we have in front of us and engaging with teams to help inform those decisions. That’s really where we’ve spent most of our energy.”

Carlos Santana struggled in his second season back in Cleveland after leaving as a free agent in 2018. The switch-hitter batted a career-low .199 with eight homers and 30 RBIs in 60 games. Antonetti said it’s possible the club could re-sign the 34-year-old Santana, who has spent 10 seasons with the Indians.

“We’d be open to anything,” Antonetti said. “In fairness to Carlos, he probably needs to take some time and examine what his alternatives might be and gain some additional information. It will be important for us to get a little bit more clarity as the offseason goes on, but we’ll stay in touch because, as you know, Carlos is near and dear to our hearts and has been such a huge part of our team for the better part of the last decade at this point.”

Perez was slowed by a shoulder injury for most the season, and the injury might have contributed to him batting just .165 with one homer and five RBIs in 32 games.

“We’re excited to have him back as a key component for us, and we’ve seen the difference he can make when he’s behind the plate and leading a pitching staff,” Antonetti said of Perez. “He’s also been able to put together productive offensive seasons when he’s been healthy, so we’re hopeful that will be the case again next year.”