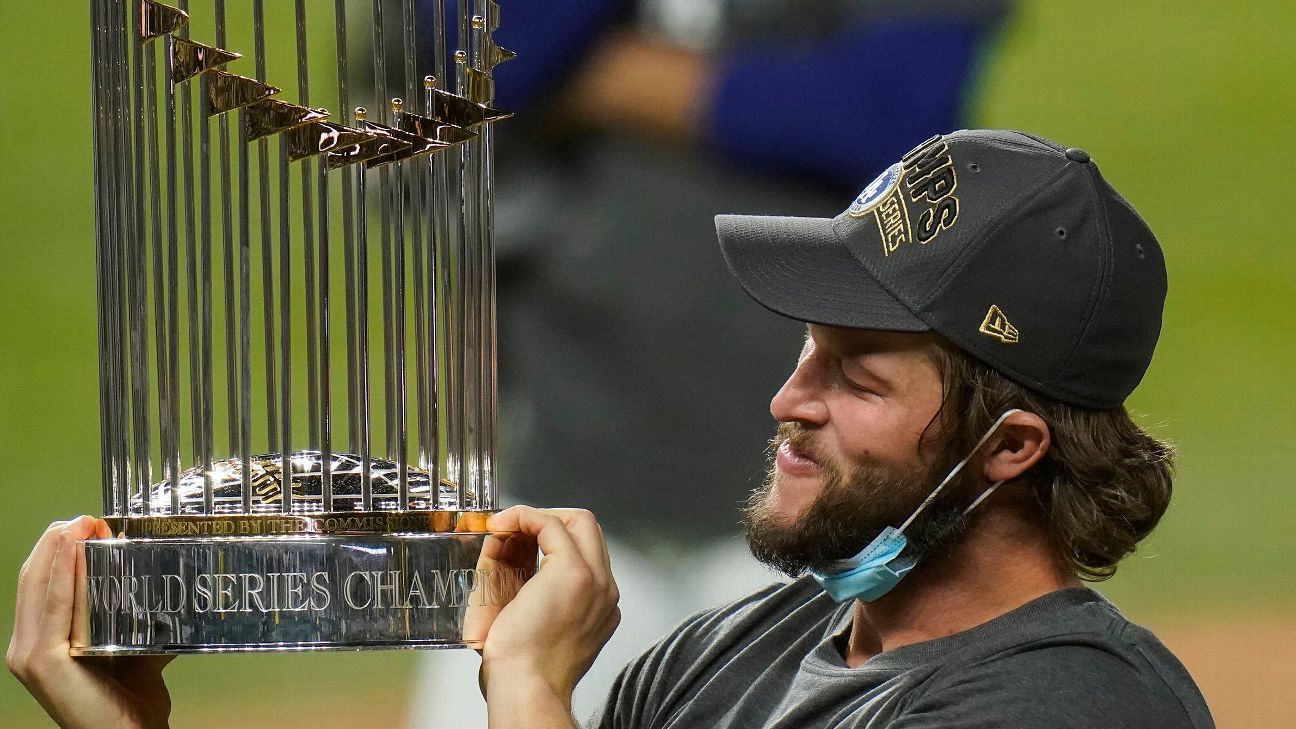 The Los Angeles Dodgers will begin defense of their World Series championship on the road against the Colorado Rockies as part of an Opening Day quadrupleheader to be broadcast on ESPN on Thursday, April 1.

In all, ESPN will cover 11 season-opening games, involving 19 teams, over the first week of the 2021 Major League Baseball season.

ESPN will kick off the season April 1 with the Toronto Blue Jays visiting the New York Yankees (1 p.m. ET), followed by the Dodgers-Rockies game (4 p.m.). The New York Mets, under new owner Steve Cohen, will travel to take on the Washington Nationals (7 p.m. ET), and the day will be capped by the Houston Astros visiting the Oakland Athletics (10 p.m. ET).

It will be all about the MVPs on Sunday, April 4. National League MVP Freddie Freeman and the Atlanta Braves will visit the Philadelphia Phillies at 1 p.m. ET. Then the debut of the 32nd season of ESPN’s Sunday Night Baseball will spotlight American League MVP Jose Abreu and the Chicago White Sox visiting three-time MVP Mike Trout and the Los Angeles Angels (8:30 p.m. ET).

The following day, Alex Cora will be back on the bench for the Boston Red Sox against the AL champion Tampa Bay Rays (7 p.m. ET) as part of another four-game slate broadcast by ESPN that also includes Minnesota at Detroit (1 p.m. ET), Kansas City at Cleveland (4 p.m.) and the White Sox at Seattle (10 p.m. ET).

The 11th and final game of the network’s weeklong season-opening coverage has the Mets visiting the Phillies on Tuesday, April 6 (7 p.m. ET).

Seidler takes over as Padres’ executive chairman
Think catching a foul ball is hard? How 2020 taught us it’s even tougher than we thought