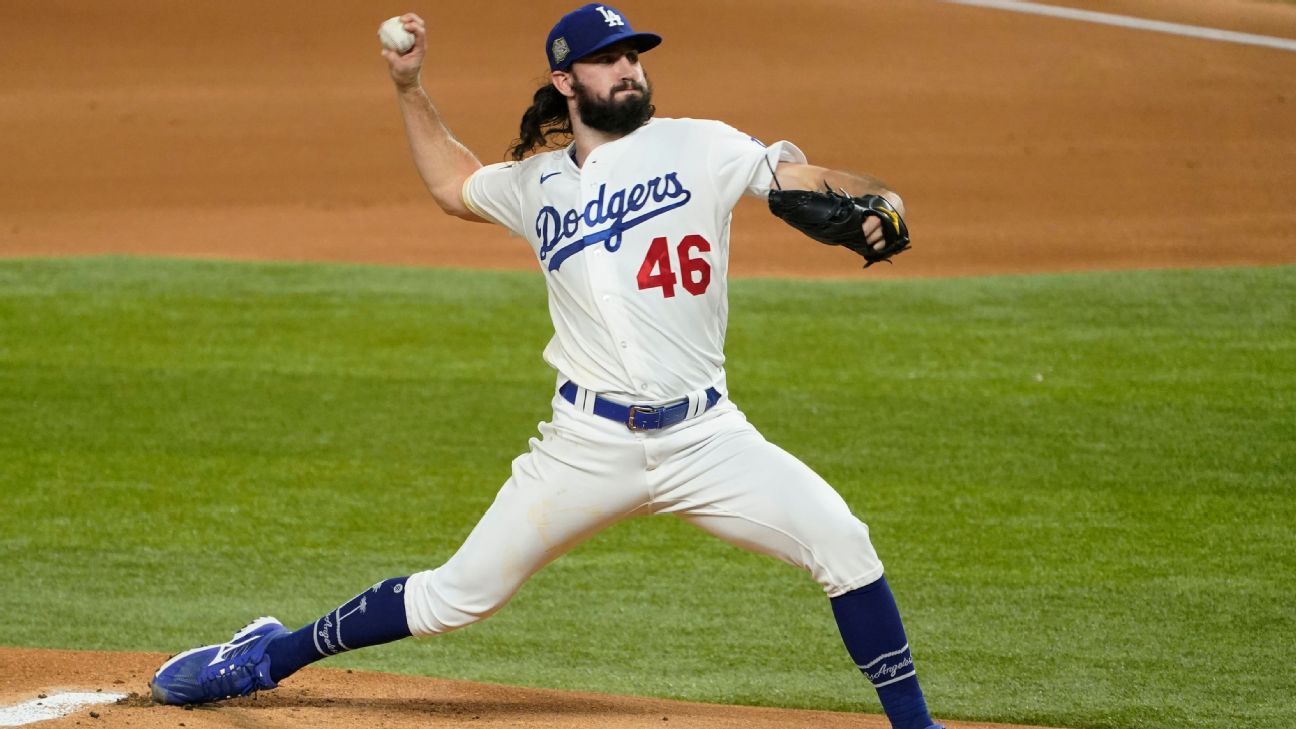 LOS ANGELES — Tony Gonsolin, the rookie right-hander who has struggled to duplicate his regular-season success this postseason, will take the ball with a chance to pitch the Los Angeles Dodgers to a World Series title on Tuesday night.

Snell, the 2018 American League Cy Young Award winner, no-hit the Dodgers through the first four innings in Game 2 but couldn’t complete the fifth and finished with a no-decision in the Rays’ eventual victory.

Gonsolin, who functioned basically as an opener that Wednesday night, has a 9.39 ERA in 7⅔ innings while navigating an unconventional schedule this postseason.

Dodgers manager Dave Roberts said there was no thought to bringing Walker Buehler back on short rest for Game 6, instead lining him up to start a potential Game 7.