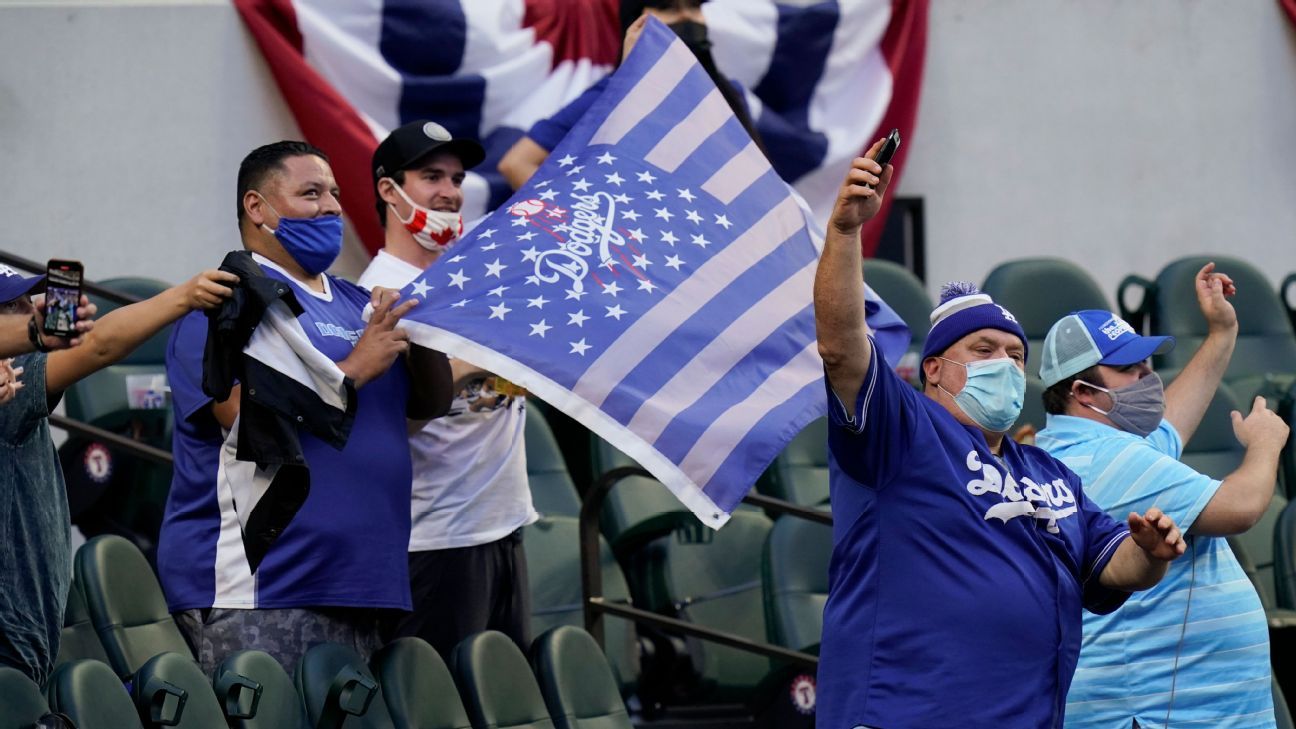 ARLINGTON — It might be the first-ever neutral-site World Series, but according to the secondary ticket market, Globe Life Field will host more Los Angeles Dodgers fans than Tampa Bay Rays backers by about a 2-to-1 margin.

The average ticket for the series, according to Vividseats.com, costs $706, with prices soaring after the Dodgers’ Game 7 victory over the Atlanta Braves on Sunday in the National League Championship Series.

Mciver and the Dodgers won’t get a chance at revenge against the Astros, though he did purchase a “pod” of four tickets (tickets are sold only in “pods” of four, as mandated by Major League Baseball). The state of Texas and MLB is limiting attendance to 11,500 per game.

Social distancing rules will apply but that’s not stopping fans from traveling an average of 732 miles to attend the World Series.

“The Dodger fans will control pricing for the series,” a spokesperson for Tickpick.com said. “If it looks like the Dodgers have an opportunity to close it out, prices should spike. If not, prices may take a dive.”

Tickpick.com says 34% of fans buying tickets are from California, 19% from Texas, 10% bought from Georgia while the Braves were still alive and 10% came from Florida.

StubHub saw a 90% growth in sales since the Dodgers clinched, with the average ticket price for Game 1 at about $632. Prices are peaking for Games 3 and 4, which are scheduled for Friday and Saturday.

“The average price of a ticket sold is hovering between $600 for the first couple games to around $900 for the fourth game, which we always see more demand for as fans hope their team will sweep in four games and they’ll be there to witness the championship,” said Adam Budelli of StubHub. “The pricing we’re seeing for Game 4 is more in line with what we’d ordinarily see at a World Series game, but is still on the lower end, driven more because the venue is a neutral venue than anything else.”

Overall, as expected, prices are down some, but the market is happy to be selling tickets again. Between the distance needed to travel for fans and the ticket purchasing limits due to the coronavirus, the secondary market isn’t complaining.

“MLB has strict policies around listing tickets in pods and guidelines for social distancing, which StubHub is helping to enforce as an official partner,” Budelli, said. “Our team is coordinating with MLB to monitor active listings and ensure sellers are adhering to MLB’s pod integrity guidelines to ensure buyers can feel safe and compliant when purchasing.”

From Mookie Betts to the benchwarmers: Ranking every player in this World Series
Follow live: Kershaw, Glasnow face off in Game 1 of World Series