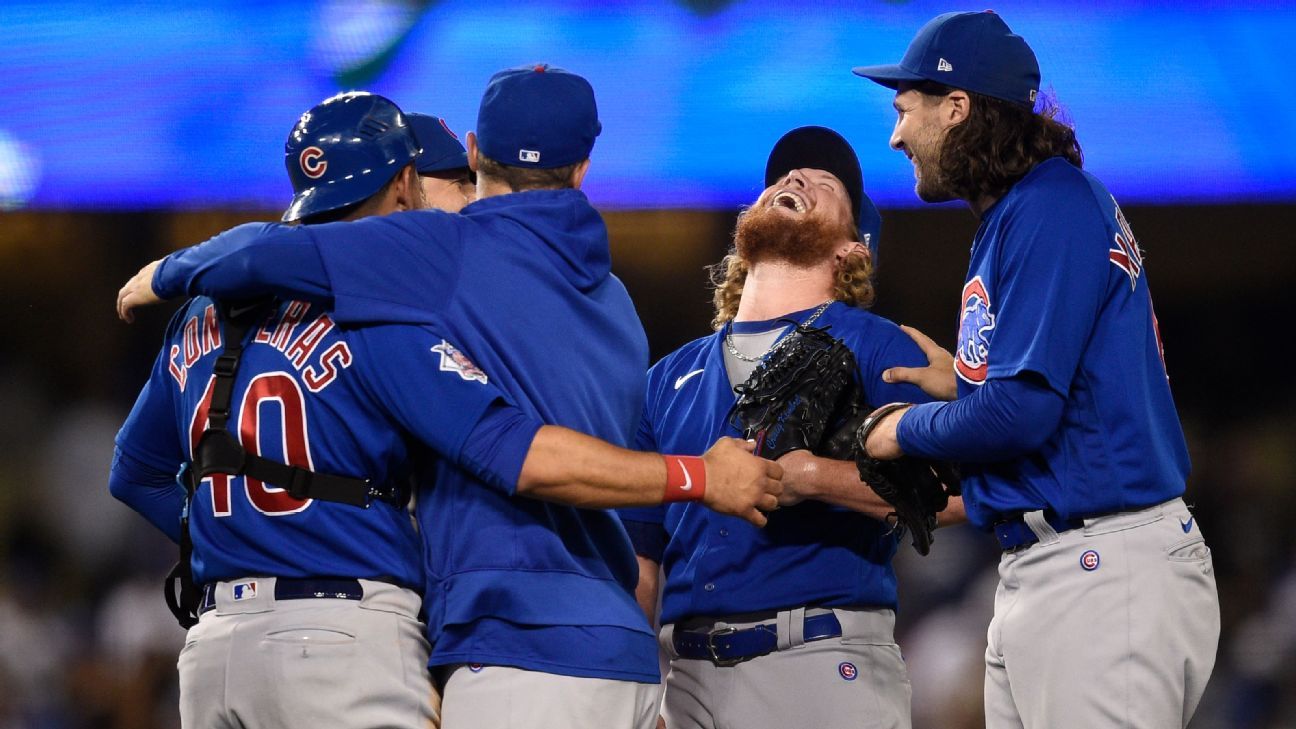 The Chicago Cubs threw their first combined no-hitter in franchise history as four pitchers shut down the Los Angeles Dodgers 4-0 on Thursday night.

It’s the seventh no-hitter in baseball this season, the most ever before July 1 and tied for the most in a season since 1900, when the modern era began.

Zach Davies pitched the first six innings Thursday at Dodger Stadium without giving up a hit, but he was pulled for a pinch hitter in the top of the seventh inning after 94 pitches.

Righty Ryan Tepera pitched a clean seventh inning, and lefty Andrew Chafin did the same in the eighth. After walking the leadoff hitter in the ninth, closer Craig Kimbrel finished off the 17th no-hitter in Cubs’ history, striking out Cody Bellinger, Albert Pujols and pinch hitter Will Smith.

The Cubs walked eight batters, the most walks in a no-hitter since the Arizona Diamondbacks‘ Edwin Jackson walked eight in a 149-pitch no-hitter against the Tampa Bay Rays in 2010.

Davies went into the game with a 4.66 ERA and 1.49 WHIP. He walked five batters in the first four innings but stranded them all. He set the Dodgers down in order over his final two innings.

Javier Baez and Willson Contreras provided the offense for the visitors, as they both took Dodgers starter Walker Buehler deep. The Cubs handed him his first loss since Sept. 21, 2019.

The Dodgers were no-hit for the 20th time in franchise history, the most in major league history.

It’s the sixth time in the past 50 years a defending World Series champion has been no-hit. It’s the first time the Dodgers were no-hit since the Cubs did it to them in 2015 with Jake Arrieta on the mound. He starts against them on Friday.