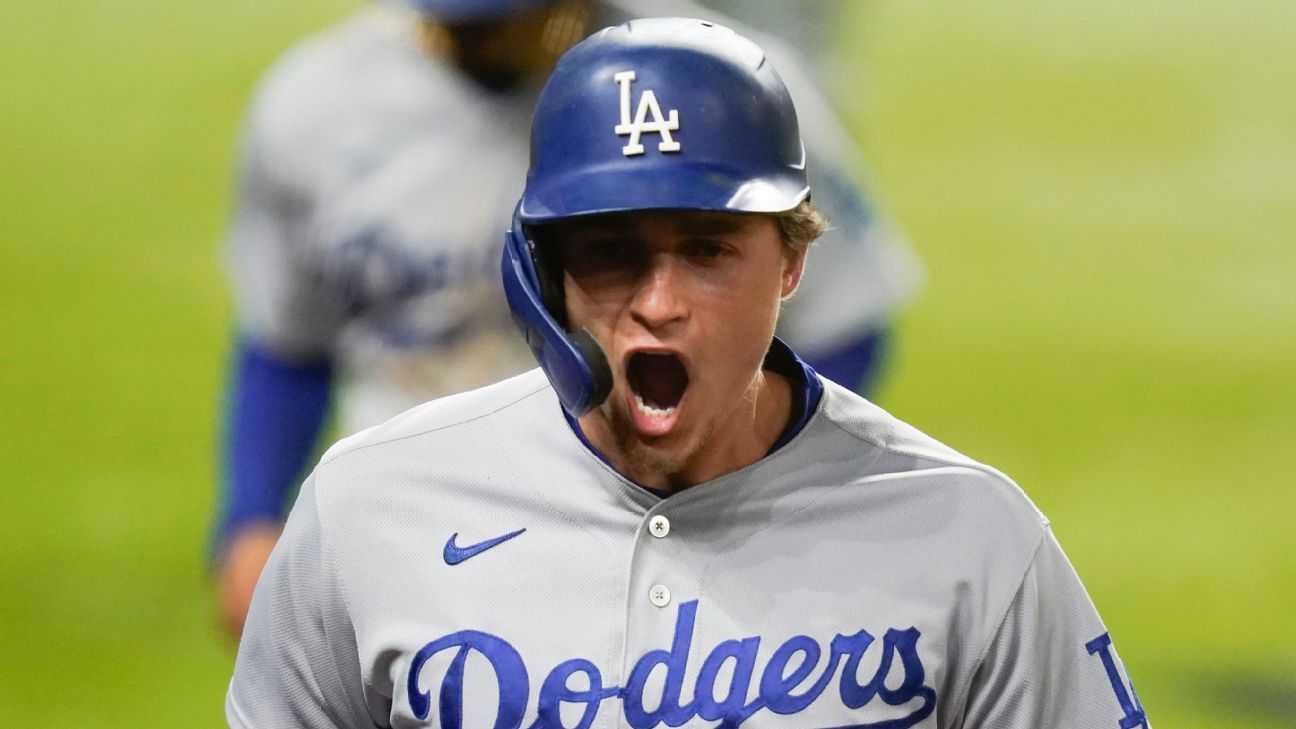 ARLINGTON, Texas — Mookie Betts‘ third-inning, shoestring catch altered the momentum, and Will Smith‘s sixth-inning home run off his namesake proved to be the difference. But all throughout, there was Corey Seager — a forgotten man on this star-studded Los Angeles Dodgers team — producing like he has through the entirety of his resurgent season.

Seager homered twice in the Dodgers’ 7-3, season-saving victory over the Atlanta Braves in Game 5 of the National League Championship Series on Friday night, giving him 10 RBIs this week — the most in a league championship series since Nelson Cruz set the record with 13 in 2011.

He might have two more games to catch him.

The Braves lead the series 3-2.

“That guy is something else,” Atlanta manager Brian Snitker said of Seager. “He’s one of those guys who never gives an at-bat away. It’s very impressive. He’s a dangerous, impressive hitter.”

Throughout this series, as the Dodgers have struggled to string together consistent offense against the Braves’ vaunted pitching staff, Seager has acted as a steady force from the No. 2 spot, compiling eight hits, six of them for extra bases, in 20 at-bats. Since the start of the postseason, he is batting .342/.409/.842. Since the start of the regular season, he is batting .312/.366/.624.

“He’s healthy, he’s been healthy, he’s had a tremendous year, the experience he’s had in the postseason — all of it is lining up right now,” Dodgers manager Dave Roberts said. “For me, there’s no better player.”

With the Dodgers trailing by two in the fourth on Friday and 18 outs separating them from a stunning elimination, Seager launched a high fastball 415 feet out to straightaway center field to cut his team’s deficit in half.

With two outs in the seventh and the Dodgers looking to add on with an uncertain bullpen situation, Seager turned on a first-pitch, 95 mph fastball down the middle and launched it 413 feet to right-center to make it 7-2 for L.A.

That feeling eluded him last year. Seager was coming off hip surgery, a procedure performed toward the tail end of his season-long recovery from Tommy John surgery, and he wasn’t at full strength as he navigated through 2019. He wasn’t strong enough in his lower half. As the arduous season carried on, that lack of strength oftentimes led to indiscernible changes in his mechanics that ultimately sapped his production. He finished that season batting .272/.335/.483 — good, but a far cry from his numbers in 2016 and 2017 when Seager emerged among the best young shortstops in the sport.

He proved this season to be back among the game’s elite players, but he began this month looking to redeem himself in the playoffs, in which he had batted only .203/.275/.331 in 31 prior games. Along the way, Seager said, he learned to simplify his approach and not place added pressure on himself to carry an offense when the pressure mounted, a mindset he hoped to apply to this October.

Ten games in, Seager has already collected 14 RBIs, tied with Justin Turner for the most by a Dodgers player in a single postseason.

“I didn’t know much before I came over,” said Betts, the Dodgers’ new leadoff hitter. “I just knew he was a good shortstop who could swing it a little bit. And getting to see him day in and day out is definitely a blessing. I have really one job: to get on base and stay there until he hits me in, which doesn’t take too long.”